Diego Simeone is pondering his decisions about his Atletico Madrid starting XI ahead of the first leg of their Champions League last-16 tie against Chelsea in Bucharest on Tuesday night. 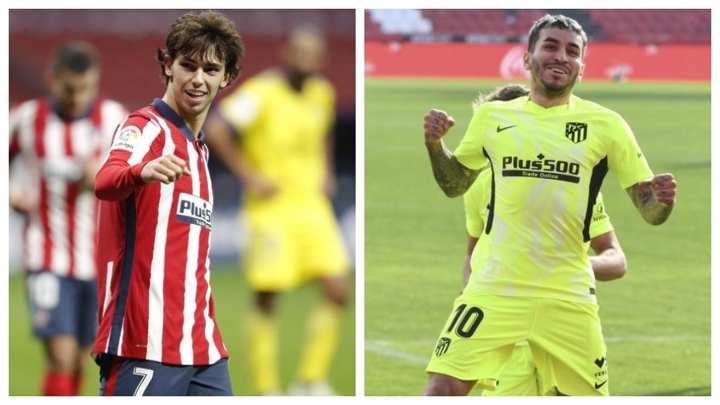 Yet, despite having Hector Herrera, Yannick Carrasco, Jose Maria Gimenez, Sime Vrsaljko and Kieran Trippier unavailable, the main dilemma for Simeone is who will partner Luis Suarez up front.

There are two clear options that the Argentine can call upon: Joao Felix, a natural partner for Suarez due to his talent and his impact to the team, or Angel Correa, a noble steed of Simeone who boasts qualities in all areas of the park.

The early part of 2021 hasn't been the best for Joao Felix so far, who has tested positive for COVID-19 and has mainly been coming off the bench.

Despite the fact that it has been a stop-start beginning of the year for Joao Felix, perhaps the return of Champions League can be a breath of fresh air for the Portuguese star.

Correa: The breaker of defences

Joao Felix will have to compete for his place in the side with Angel Correa, who is the only player in the squad to have played a part in all of Atleti's games this season: 31 games in all competitions.

Correa has scored four goals and assisted nine whilst Joao Felix has scored nine and assisted five this season, which shows that the Argentine could play a vital role in assisting Luis Suarez.

Correa's defensive qualities are also superior to that of Joao Felix, should Atleti struggle against Chelsea.

Atletico Madrid face a Chelsea side that have been lifted recently due to the arrival of Thomas Tuchel, but the resumption of Champions League football may have come a little too soon for the English club, who have started to find their feet again in the Premier League.