Except football, another great hobby of the newly appointed Barcelona boss Quique Setien is to play chess, since his youthful days. 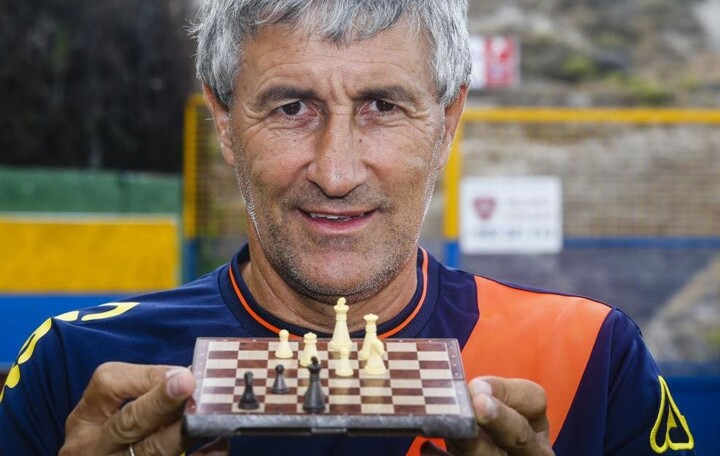 He didn't play chess much since his father taught him how to play, but until he met a group of good friend who all belong to a chess club named "Torres Blancas". After that he became a member of that club too and has been playing regularly in his free time.

When joined Atletico Madrid in 1985, a coach of the squad gave him a electronic chess machine as a gift, which led the new Barca boss played chess day and night 'like a child' when his teammate were all listening to music or watching movies to kill the times.

He received a big surprise recently as the head coach of Real Betis, when he had the opportunity to play against Anatoli Karpov, a famous Russian chess master.

With his 2055 points in the ELO rankings, he could even play the Chess Olympiad runned by FIDE (International Chess Federation)