Having seen Luka Jovic light up German football with 48 goals and seven assists for Eintracht Frankfurt, many understood why Real Madrid paid 60 million euros to bring him to Spain. 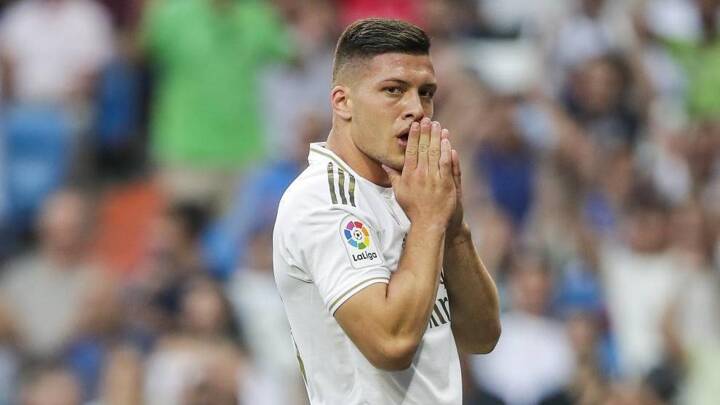 Twelve months later, those same people in Germany are wondering what has happened to the Serbian.

Newspaper Sport Bild has analysed Jovic's performance not only on the pitch, but off it too, considering his pandemic behaviour as he travelled to celebrate his girlfriend's birthday and then celebrated with a friend who had tested positive for coronavirus.

That meant that the centre forward had to self-isolate towards the end of the LaLiga Santander season, having also picked up a foot injury in training.

"Luka has a good character, but he has to adapt," Dragan Mladenovic, Jovic's former youth coach at Red Star told Sport Bild.

"With a club like Real Madrid, you don't want to have someone who makes those mistakes."

While another of this ex-bosses thinks Jovic made the move to Real Madrid a bit early in his career.

"The change came too soon, I know Real Madrid never call twice but you have to go to the team where you know how to play, like [Erling] Haaland," agreed his former Eintracht coach, Dragoslav Stepanovic.

Perhaps most concerning of all is the opinion of his national team coach, Ljubia Tumbakovic.

"Serbians are very disappointed with him, he's closing the door to his compatriots who want to move to big clubs," the Tumbakovic explained.

The 22-year-old knows that he must prove himself next season as it seems unlikely he will leave permanently this summer with Real Madrid unwilling to allow Jovic to leave for less than 60 million euros.

A loan could be the solution to rescue Jovic and his career.