Thomas Tuchel knows that his Chelsea side will have to put in a perfect performance if they are to defeat Real Madrid, and that his task could be made tougher if Sergio Ramos is declared fit to play. 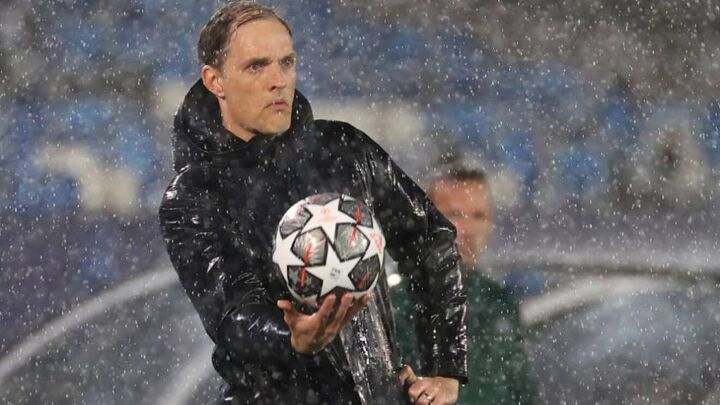 The tie remains evenly balanced at 1-1 ahead of the second leg on Wednesday evening, and Tuchel is under no illusions of the scale of the task ahead.

"We have to maintain the intensity throughout the whole match," he said in his pre-match press conference on Tuesday.

"It is a semi-final and there is pressure, but arriving with confidence is very important.

"If you don't have it, you should not bother against [Real] Madrid.

"You have to feel confident and they feel it, and that is how we can go through."

The Chelsea coach praised Sergio Ramos, highlighting that he has a key role to play for Los Blancos.

"[Sergio Ramos] is the captain, the captain of the most successful team of the last ten years and he changes a lot," he said.

"I believe that he will start but it is not only him playing."

He went on to lavish praise on N'Golo Kante, who will have a vital role to play at Stamford Bridge.

"[Kante] is the player that you need to win trophies and we love that he is with us," he said.

"I dreamt about this player and now he is my player.

"He will give everything and for me he is an example, an incredible player for any team in the world."

Tuchel added that despite the first-leg result, everything is still to play for.

"We have to forget the first-leg result," he said.

"This is football, we are in the semi-final.

"We will only beat Real Madrid if we show our best level."