Valencia player Mouctar Diakhaby has blasted LaLiga for its deafening silence over the race storm which emerged from his side's recent encounter with Cadiz.

Football was rocked by yet more claims of vile racist abuse, after Diakhaby accused defender Juan Cala of calling him a 's****y black' during a heated moment in the first half.

Valencia players walked off as a result before later finishing the fixture, and the lack of action taken by LaLiga since has now been highlighted by Diakhaby online, after the Frenchman took to Twitter to inform the Spanish league that 'to remain silent is to be an accomplice.' 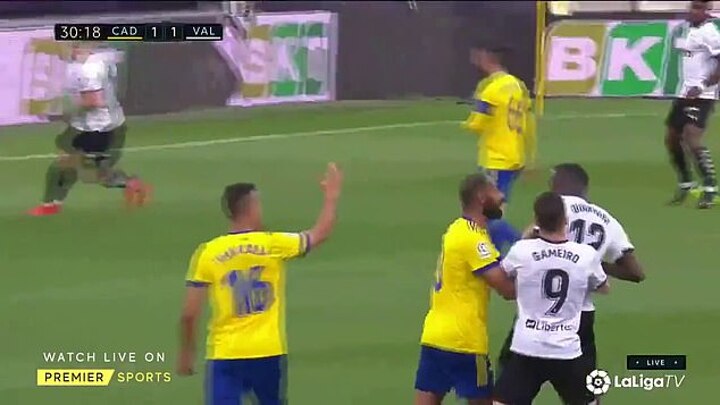 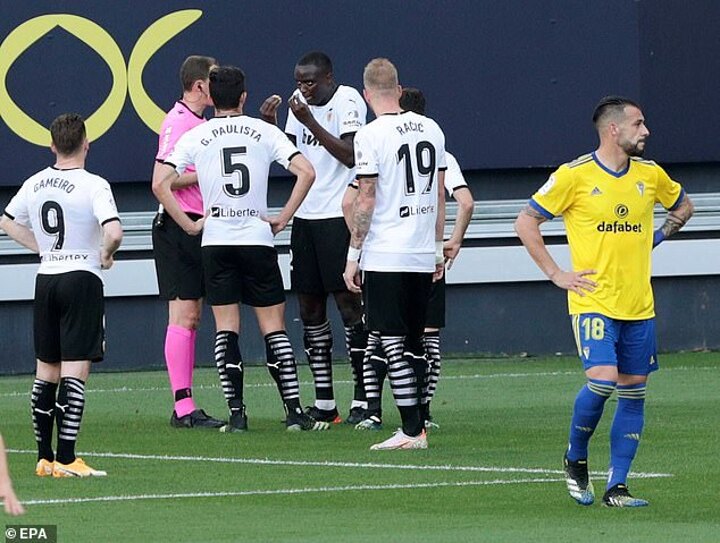 Diakhaby issued the message to LaLiga in the form of a reply to journalist Hector Gomez, who had shared a video from the match in which he claimed the pitchside microphones had picked up the racist exchange during broadcast.

The audio had been played over 50,000 times from the tweet, with Diakhaby then issuing a reply underneath with direct address to LaLiga.

'To be silent is to be an accomplice LaLiga, good night,' wrote Diakhaby.

LaLiga are yet to release an official statement on the incident, though president Javier Tebas confirmed to Movistar that an 'internal investigation with the videos and images of the game' is being carried out.

On Tuesday Cadiz player Cala held an extraordinary personal press conference in which he strenuously denied allegations that he aimed a racial slur at Diakhaby.

Diakhaby had already revealed in a two-minute video uploaded to his personal Twitter account, prior to Cala's Tuesday press conference, that he heard his opponent label him a 's****y black' during the exchange. 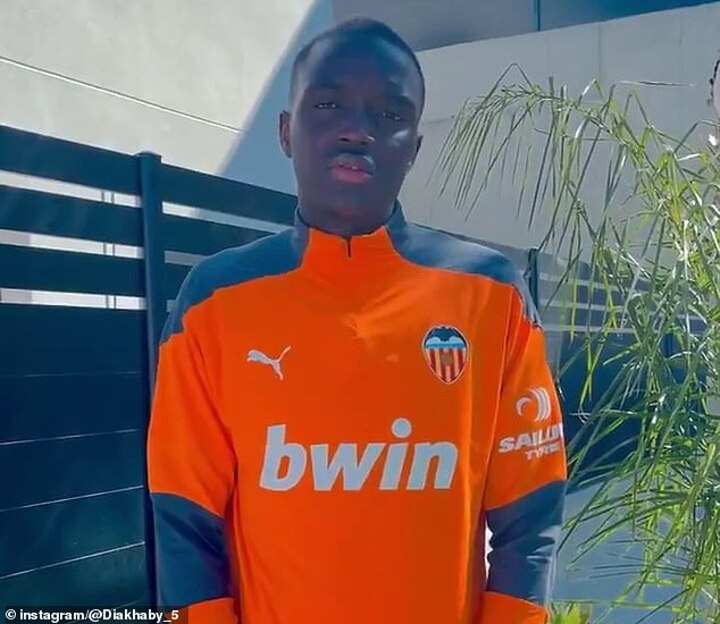 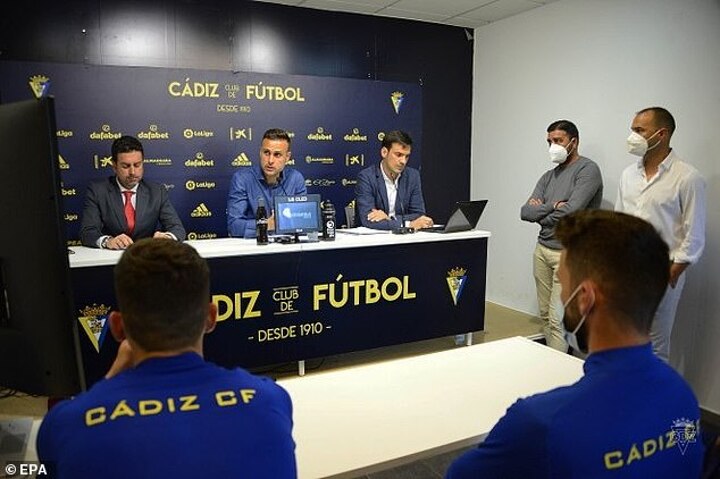 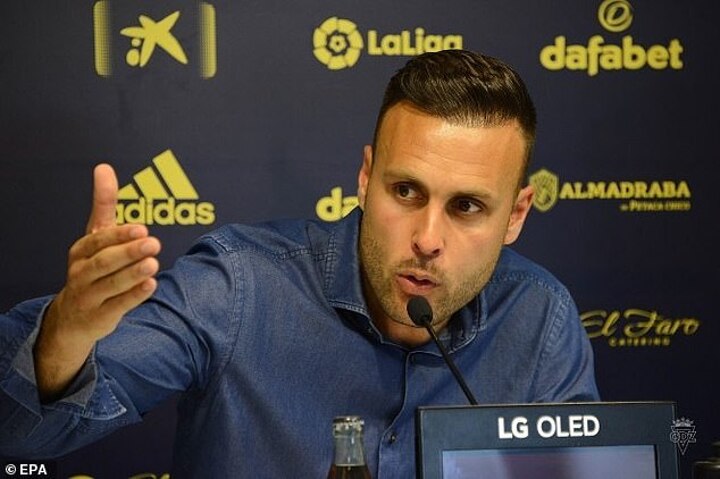 'In Cadiz on Sunday there is a play in which a player insults me and his words are "s****y black"', he said via Depor.

'That is intolerable, I cannot consent to that. You all saw my reaction. That cannot happen in normal life and neither in football, which is a sport of respect.'

The Valencia star added that an unnamed Cadiz player asked if he would carry on playing if Cala apologised for the slur.

In his press conference the 31-year-old Cala had insisted he said 'leave me in peace' to Diakhaby during the row,

Cala added that he would leave football if Diakhaby's claims are proven true, and that he is being 'publicly lynched'.

The Cadiz player went on to state that there is no proof against him and that he will pursue legal action against Valencia president Anil Murthy, while adding there is 'no racism in Spanish football'. 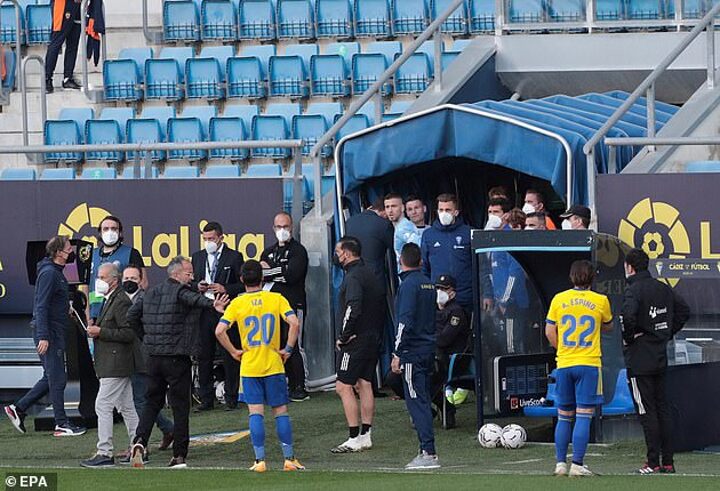 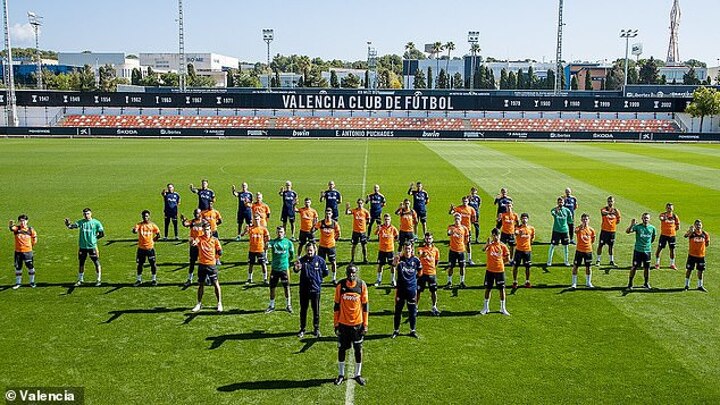 Valencia football club responded strongly to Cala's assertions, tweeting a statement with the caption: 'Juan Cala, we don't believe you'.

'Valencia CF deeply regrets the statements of the Cadiz player, Juan Cala, in which 48 hours later he denies that he uttered a serious racist insult to our footballer, Mouctar Diakhaby, during the match played this past Sunday at the Ramón de Carranza,' the statement read.

'Juan Cala has lost a great opportunity to accept that mistake and apologise to the person affected. Instead, he has attacked the player himself and other members of Valencia CF.'