The Real Madrid forward, who made his first appearance for Brazil's senior side, spoke to AS: "If I play well for Madrid, I'm sure I'll be called again by Brazil". 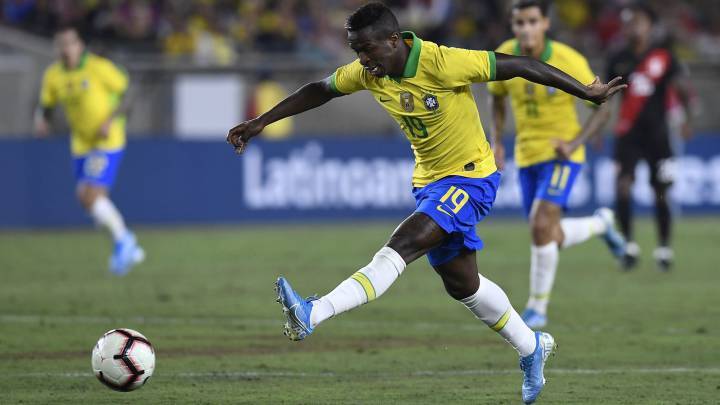 Vinicius finally made his debut for Brazil's senior side in last night's friendly against Peru in Los Angeles. The Real Madrid forward, who entered the field on 74 minutes to replace Everton's Richarlison, spoke to AS after the game.

How did you feel when Tite called you up for the senior side and what did he tell you just before handing you your debut?

It was a unique feeling - like I was realising a dream. That I'd finally done it. After so many years of working hard, battling and persevering, I couldn't stop thinking about my family, in the  sacrifices that they made and all that they have done so that this moment could become a reality. They have dedicated their lives in teaching me the right path to follow and I'm very fortunate to have them by my side.

What did Tite tell you before you took to the pitch?

Just to be happy and play with the same joy I always have. He's a great coach and an even better person; he's supported me and taught me so much during the time I've been here with the national team. He told me to focus on my game and do as well as I could but unfortunately we didn't get the result we'd hoped for. I'm sad about the result but happy to have made my debut.

It's a dream which has come true but this was only your debut, your first game...

It's another step. It's a challenge and an objective which I've overcome - making my senior debut with Brazil. I've done it, I've made my debut. Now I have to return to Real Madrid strong, physically, mentally and technically ready to keep playing well and to win over the team's fans. By playing well for Madrid, I'm sure that I'll be back with Brazil. I dream about having a long career with the national team. 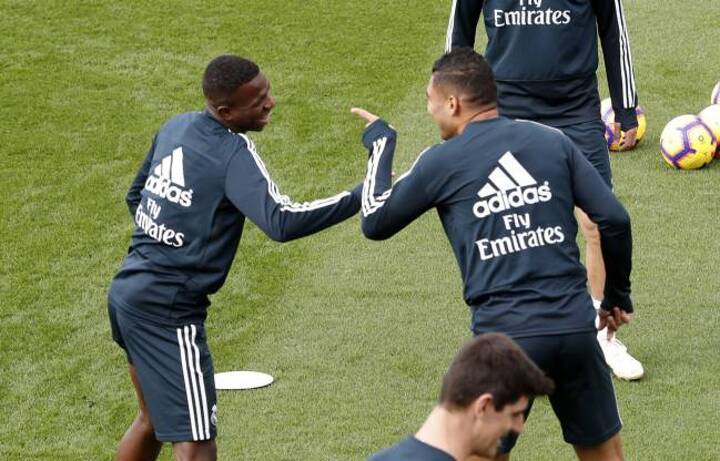 Tite spent the whole of last week telling the press that you were only there as a substitute for Neymar on the left wing but in the end, he surprised everyone by playing both of you together as the front two. What was it like playing alongside Neymar?

It was a night which I'll always remember. That was another dream of mine which I've realised - playing alongside my idol. It's such a feeling of happiness I can't find the words to describe it. It was a big surprise because no one expected to see us both on the pitch but circumstances made it happen. The fact that he started the game on the bench and the substitutions which Tite made.

How would you rate your 15 minutes out on the pitch?

I just tried to do the best I possibly could, what we have done in training over the past few days but not everything worked out. I'm happy to have carried the weight on making my full debut and I hope to continue improving when I get back to Madrid and play well with my club so I can come back and play with Brazil.

You did have one chance when you could have scored. What happened?

I think I had too much time to think and ended up skewing my shot (laughs).

What else have you learned during your time with the senior squad?

A lot. It's amazing what you can learn when you are in the same dressing room as players like Neymar, Dani Alves, Thiago Silva, Casemiro, Coutinho, Arthur... and with such an incredible coach as Tite who was attentive and kind to me - he's a great man and I owe him a lot. Being here, even though we're in the United States, has been a bit like going back to Brazil and being next to my idols. 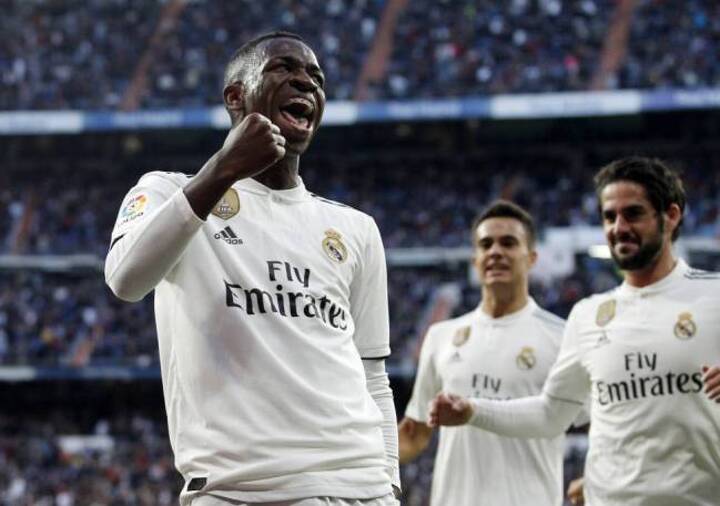 You are the first player born after 2000 to debut for Brazil. Are you aware of what that means?

To be honest I'm just very, very happy. Not everybody makes their debut for Brazil when they are 19 years old. It makes me feel very happy and I also feel the responsibilty of paving the way for other young players so that they can play for the senior side - because many of them are my friends who I've played with in the youth categories. I dream big, I'd like reach as high as I possibly can as a player and help the national team and Real Madrid.

You still have a shirt in your hands - you didn't swap it with anyone, are you going to keep it?

Of course! I'm going to get it framed and put it on the wall in my living room at home. It's special, unique, it's the shirt with which I made my debut for Brazil. I wouldn't give this shirt to anyone, it's going home with me... I'm going to sleep in it (laughs).