Like supporters of every club in the world, Real Madrid fans like to come up with catchy songs and chants to spur their team on, but sometimes just a few words will do. In their case, they are: Hala Madrid! 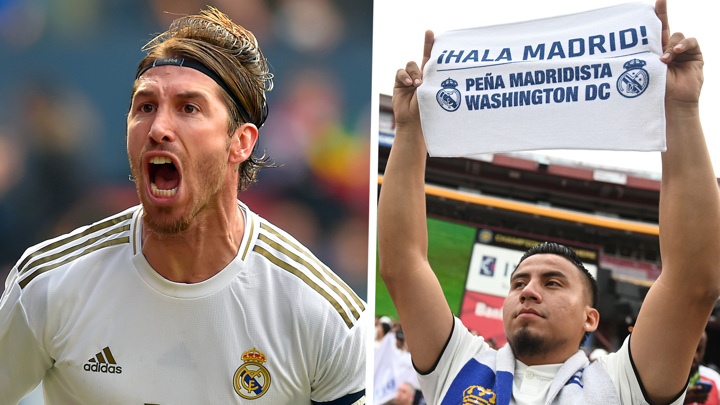 The phrase is everywhere when it comes to the Spanish giants; it can be heard resonating throughout the Santiago Bernabeu on matchdays, it serves as a traditional sign-off on social media and it's even the name of the club magazine.

It was also the name of the original documentary series about Real Madrid which was aired in 2017.

It's clearly a prominent part of the club, so what exactly does Hala Madrid mean? Goal takes a look.

'Hala Madrid' is a Spanish phrase meaning 'Go Madrid' or 'Forward Madrid' or 'Come on Madrid'. It is an exclamation of encouragement and support used by Real Madrid fans.

It is something of a battle cry for Los Blancos fans and is frequently used by the players themselves as well.

In the context of a football match, hala has a similar meaning to the Spanish word vamos, which translates to "come on".

The hashtag #HalaMadrid is now commonplace on Real Madrid's official social media channels and supporters follow suit when they declare their allegiance on Twitter or Facebook.

The linguistic origins have been a source of discussion, with suggestions that it may derive from Arabic, while it is also similar to the cry used by French football fans, Allez!

Hala Madrid y nada mas (Go Madrid and nothing more) is a Real Madrid anthem composed by Moroccan-Swedish artist and producer RedOne. The lyrics were written by the journalist Manuel Jabois. 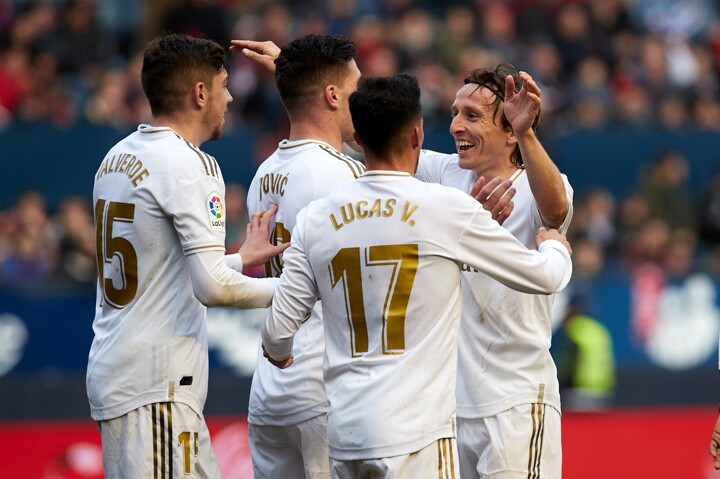 Released in 2014, it is a celebratory song marking La Decima, which was the occasion of Real Madrid's 10th European Cup triumph.

"We have a song for the Decima and it's incredible. We needed an easy song that people could sing quickly to support the team and that's what we've done."

The recording of the song involved the Real Madrid squad, including the likes of Cristiano Ronaldo, Gareth Bale and Marcelo, who all feature in the official music video.

The stars are now coming out!My old Chamartin... From far away and from nearbyYou gather us all here!

I am struggle! I am beauty!The cry I learned:

The Hala Madrid magazine is a quarterly Spanish-language publication that is produced for card-carrying Real Madrid supporters.

As you might expect, the magazine contains news and features about Real Madrid, including match reports, interviews, statistical analysis and more.

Official club members - Madridistas - get the magazine as part of their membership subscription and it is posted to their homes or available online.