Zinedine Zidane has personally backed Brahim Diaz in a conversation that took place between the pair at Real Madrid's Valdebebas training complex. 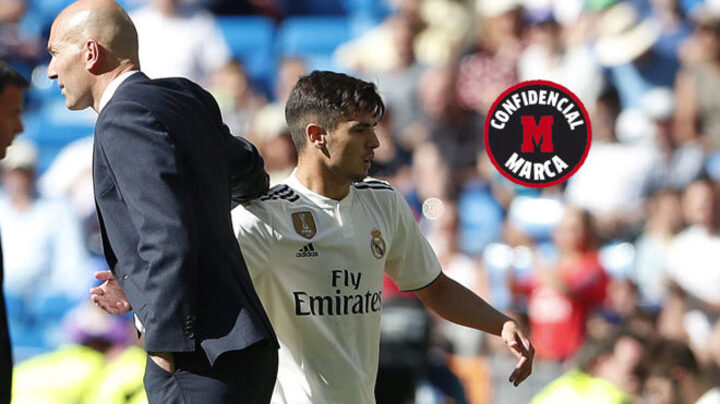 The 19-year-old has been tipped to leave Los Blancos on loan this summer, despite impressing during the opportunities he has been given in the first team under Zidane

'I'm counting on you, kid,' was the simple and clear message given to Brahim by Zidane, as far as MARCA understand.

Brahim has had a more prominent role since Zidane returned as head coach, and it seems as if the former Manchester City starlet has played his way into remaining at the club next season.

"He's young and interesting, we've already seen what we've done with him [in the team]," Zidane said of the Spaniard previously. "He's had game time and he's always done well."

No doubts for Zidane

"I'm not worried, he's two-footed, fast... I like how he plays already," Zidane said. "Brahim likes to play and I really like players that play."

Zidane has handed Brahim four starts in the club's last four games, and the 19-year-old scored his first goal for Madrid against Real Sociedad last Sunday.

As MARCA have been reporting for some time, the club wish to send him out on loan next season to get more experience.

From the club's point of view, this proposed loan move isn't seen in a negative way, apart from the fact that the fans might not agree with the idea because of the quality he has shown.

Los Blancos hope to send him to a side in LaLiga Santander so that he can adapt to the league, having only joined from City in January.

If Brahim does end up leaving the club this summer, what is clear is that Zidane has shown him his support face-to-face.