Paul Pogba rejected a new deal, worth £300,000 a week, offered by Manchester United last season, according to Sky Sports News reporter Kaveh Solhekol. As per the journalist, the Frenchman believed he was worth more and decided not to sign a contract extension with the Red Devils. 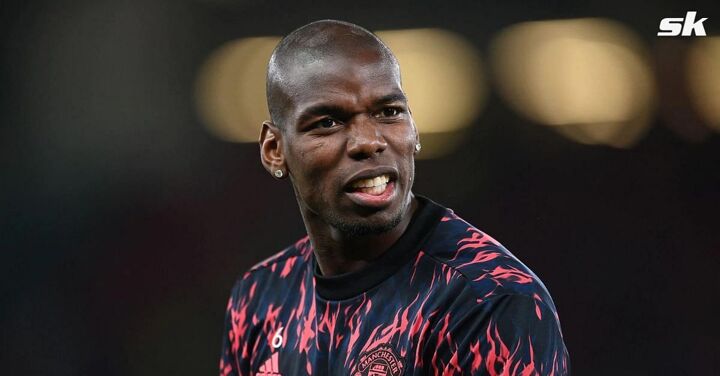 Pogba's agent, Rafaela Pimenta, who took over the late Mino Raiola's vast empire, had a meeting with Juventus officials on Thursday to finalize the terms of her client's free transfer to Turin.

Solhekol also revealed that while Pogba had rejected Manchester United's offer, Juventus are clear that they won't be able to match those wages. The midfielder will have to agree to a pay cut while penning a deal with the Italian giants.

In one of the scenes from Paul Pogba's documentary 'The Pogmentary', the Frenchman is seen talking to Raiola about Manchester United's offer worth £300,000 per week.

"It's an important day as far as Paul Pogba's future is concerned. There are meetings today in Milan between officials from Juventus and also one of Pogba's representatives - Rafaela Pimenta. At this meeting, we're expecting this deal to be agreed for him to return to Juventus."

He added, referring to the conversation between Pogba and Raiola:

"They speak about how Manchester United had offered him a new contract, which was said to be worth £300,000 a week. Pogba thought that wasn't enough for him as he was expecting more."

"Speaking to people at Juventus and Sky Italy, we're told there's no way Juve will be able to afford to pay him anything like that. It's likely he's going to have to take a pay cut but because he's a free agent, Juve will give him a signing-on fee."

"Maybe he won't be able to get a weekly wage he was going to get at United but we don't know how much he's going to get for a signing-on fee."

As per Sky Italy, only the details regarding the length of the contract and weekly wages need to be negotiated between Pogba and Juventus. They also reported that the player is expected to undergo a medical examination in the first week of July.

If everything goes smoothly, the player will join the Bianconeri on a free transfer for the second time in 10 years. Pogba did not sign a contract extension with Manchester United in 2012 and moved to Turin.

After spending four seasons with the Serie A giants and winning the Scudetto four years in a row, he returned to Old Trafford in a sensational £93.2 million transfer (as per the Guardian).

The Frenchman initially joined the club on a five-year deal. However, the club triggered a one-year extension option in his contract last summer. His current deal with the club expires on June 30.

History has repeated itself as the player refused to sign a contract extension and is likely on his way to Turin again.