Paris Saint-Germain (PSG) midfielder Marco Verratti has heaped praise on new head coach Christophe Galtier for bringing the team together in the Parisians' 2-1 win over Juventus on Tuesday (September 6). 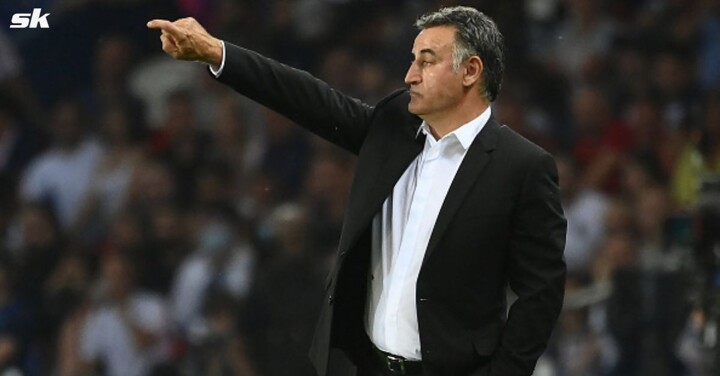 PSG opened their 2022-23 UEFA Champions League campaign with a home win against the Bianconeri in Group H. Kylian Mbappe opened the scoring in the fifth minute of the contest, before doubling his tally 17 minutes later. Weston McKennie cut the lead short seven minutes after the break with a well-timed header but ultimately, to no avail.

Speaking to Sky Sports and Mediaset (via Football Italia), Verratti lauded Galtier for his intelligence on the sidelines. He said:

"The coach is very intelligent. This is quite a tough team to coach. He made it clear to everyone that there is only one objective, which is to win, play together, enjoy our football and make it a team sport. To have a great season we need everyone, whether we have the ball or not, whether they are on the bench or on the field."

"Telling Messi what position to hold and where to pass is tricky, but the coach gave a sense of organisation and responsibility to everyone. There are moments, as we saw today, where we all need to defend together. You can be as talented as you like, but it is all easier if we all work together."

"We are happy to be back in this competition, the Champions League is always something different. Up against a strong opponent like Juventus, we knew that we'd suffer to get the three points. They are a great team, but we worked together to bring home the result."

PSG are currently second behind Benfica in Group H with an inferior goal difference. The Primeira Liga outfit registered a 2-0 win over Maccabi Haifa through two second-half goals by Rafa Silva and Alex Grimaldo.

The Parisians will next lock horns with Brest at the Parc des Princes in a Ligue 1 contest on Saturday (September 10).

PSG, who are unbeaten across all competitions so far this season, are currently in a rich vein of form. Christophe Galtier's men are atop the Ligue 1 table with 16 points from six games.

The club have scored a whopping 30 goals across all competitions in the ongoing season, including four in the Trophee des Champions triumph.