Mikel Arteta has not given up hope of strengthening his Arsenal squad in the January transfer window, and with interest in Juventus' Arthur Melo, the Gunners are merely awaiting the approval of the Bianconeri over a loan deal for the Brazilian. 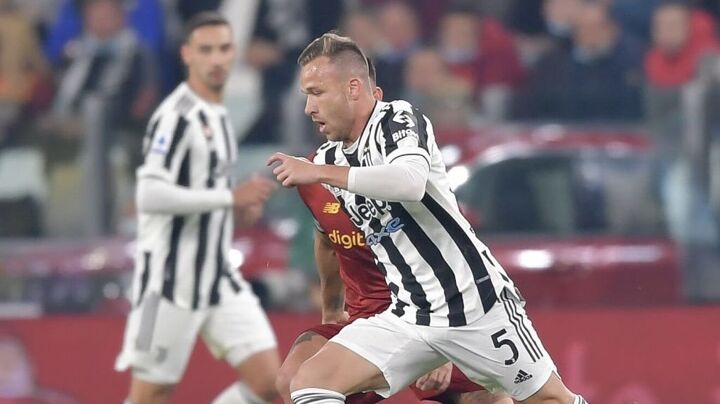 Arsenal have been in advanced talks for much of the month with Juventus over a move for the former Barcelona playmaker, although the Italian side have made things complicated for the Gunners.

In a report published by the Telegraph, it is suggested that Juventus are holding up the deal to find a replacement for Arthur, although there are conflicting words coming from their coach.

When quizzed on the possibility of Arthur leaving Turin in the January transfer window, Massimiliano Allegri dismissed any such speculation.

"I already said it, this one is our team and we need to complete the season with the current squad," Allegri explained in a press conference.

"I don't want to repeat myself; we need to get to the end of the season in the best possible way.

"This means trying to reach the top four and progress in the Champions League and Coppa Italia."

However, this doesn't quite tally up with Arthur's usage thus far this season, with the Brazilian making just four starts in all competitions.

Furthermore, Allegri may just be trying to ensure his own club give him a replacement signing for Arthur, although there has been significant controversy over the initial 76 million euro deal which saw Arthur signed by the Bianconeri, and whether or not it was fiscally within the rules.

Whilst the Italian club continue to try and delay, Arsenal, according to the Telegraph, are convinced that the midfielder will be arriving soon to alleviate their availability crisis in midfield.

Juventus' search for a replacement for Arthur have been made all the more complicated by the fact the club now needs to find a replacement for Federico Chiesa, who has been ruled out for the remainder of the 2021/22 campaign after suffering an ACL injury.