If Arsenal manager Mikel Arteta is concerned by his side's run of a solitary goal in 2022 so far, transfer target Dusan Vlahovic provided another demonstration of his potential ability to solve his problems in the Coppa Italia on Thursday. 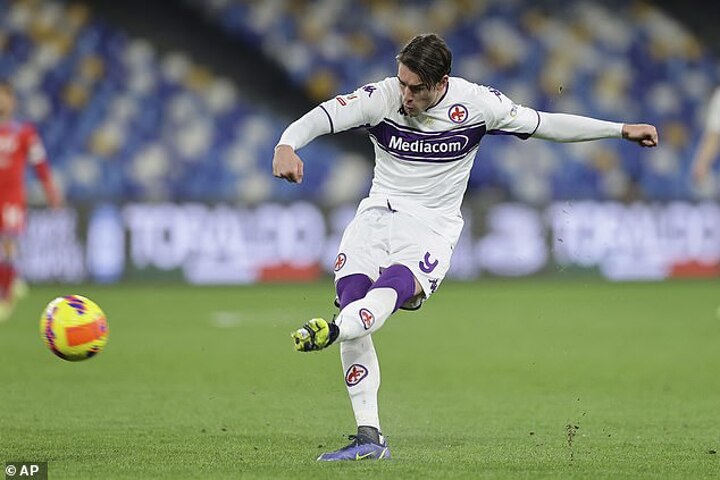 The Serbia sensation produced a lethal finish to break the deadlock in the 41st minute and send Fiorentina on their way to a stunning 5-2 win at Serie A contenders Napoli – and Gunners boss Arteta is certain to have taken notice of the 21-year-old hitting the mark again.

Wideman Bukayo Saka's goal in the 2-1 defeat at Manchester City on January 1 is Arsenal's only goal in three games in January ahead of their trip to Tottenham on Sunday. 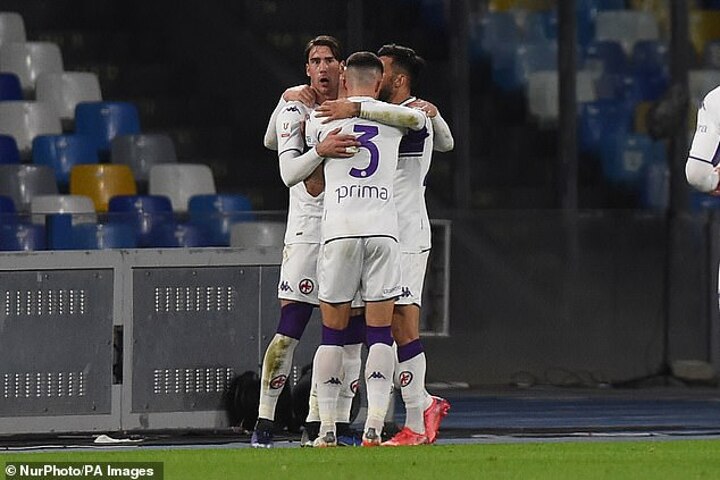 Vlahovic, meanwhile, has plundered a potent 19 goals in 23 games for Fiorentina to alert top teams across Europe to his precocious talent.

That has led Arsenal fans to plead with the club to snap up the former Partizan forward, who is also noted for his intelligent link-up play, before the transfer window closes at the end of January.

'We need him', said one supporter, while another even compared Vlahovic's ruthlessness to Bayern Munich goal machine Robert Lewandowski.

Having watched Spurs lose 3-0 on aggregate to Chelsea in the Carabao Cup semi-finals, a Tottenham fan chimed in: 'Please, I don't care how – just do it.' 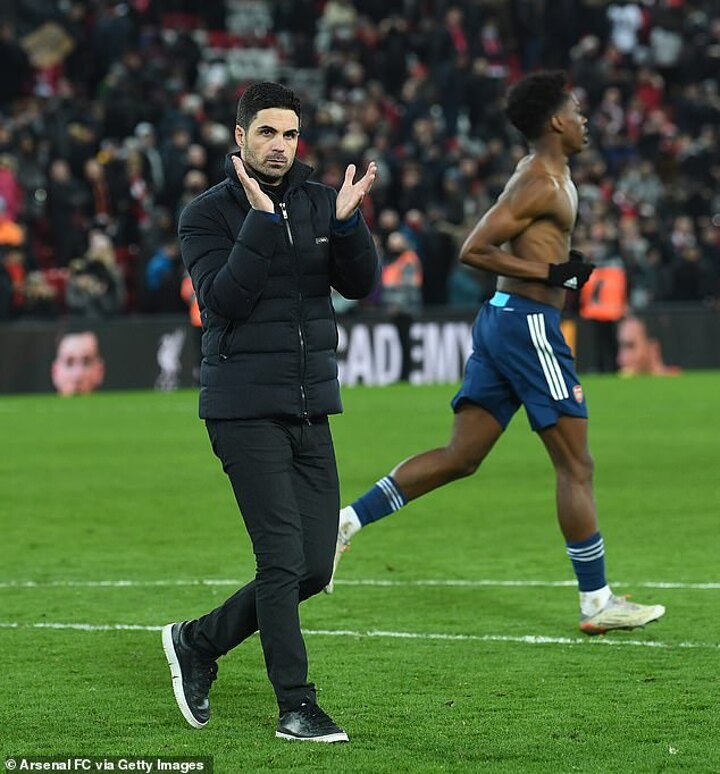 Fifth-placed Arsenal have scored more times than any of the teams below them in the Premier League but are lagging well behind the teams in the top four in attack.

Only third-placed West Ham, who have notched six more times than Arsenal's tally of 33, are within sight for Arteta's side when it comes to finding the back of the net.

Fiorentina want Vlahovic to sign a contract extension, with his current deal ending in June 2023.

'No bid is on the table right now.  We've not received any official offer. Let's see if some proposal will arrive.'