Zinedine Zidane spoke to the media ahead of Real Madrid's Champions League last-16 first leg against Atalanta on Wednesday. 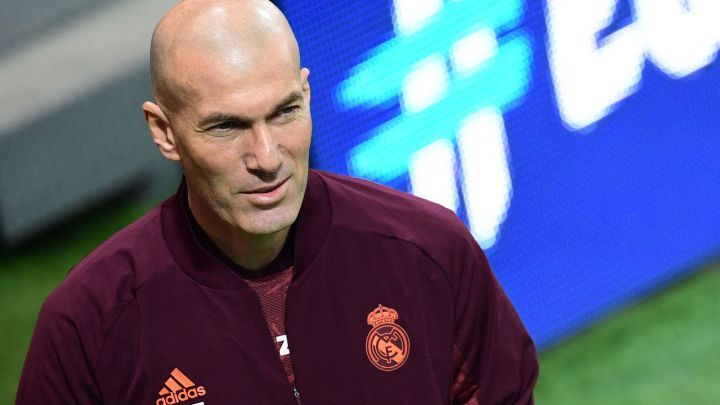 “We’re under no illusions about the task ahead of us tomorrow. What we want is to put in a good display. It’s a different tournament, the Champions League, but we just have to keep on what we’re doing. We know how tough a game it’s going to be, but we’re focused on the job in hand.”

“We’re out to do as well as possible. When we cross that white line, we want to win. Every game is important, and tomorrow is a cup final, as Toni [Kroos] has said. There’s a second leg too, but we want to win [the first leg].”

Comparing the current Real Madrid’s midfield with the one he played in:

“Today I’m the coach of these players, and I believe I’ve got the best at my disposal. I’m delighted to have them. Every era has its players.”

Is this the hardest Champions League you’ve faced as a coach?

“I don’t know about that. It is what it is. We’ve known how difficult it’s going to be right from the start of the season. At the end of the day, we can’t dwell on that. We just have to stay focused and keep our goal in our sights.”

With the injury list you have, would you be happy with a draw?

“We want to win, as we always do. We’ll go out there to win the game.”

Are Atalanta a difficult test for you as a coach?

“We'll find out. It's a game that'll be a different experience for us. They have their strengths out on the pitch and we’ll need to be able to respond to them.”

Are Atalanta reminiscent of Ajax in 2019?

“They’re very good going forward; they attack well and are physically very strong. I don’t like to compare teams. It’s going to be a good game tomorrow.”

“It’s a good job I’m not playing tomorrow, I don’t have it in me. I’m knackered. When I played at Juventus, he was a coach in the youth set-up. He’s done a great job at Atalanta and I really like him as a coach.”

“There's no reasonable explanation [for Madrid's spate of injuries]. It’s obviously bad news for us that we have to so many injuries. We’ve got quite a few, it’s true - that’s the situation we’re in. But we’re ready. We have to work together and know how to create chances.”

Champions League the trophy that defines a Real Madrid season:

“We know the club we’re what. It’s not just about the Champions League, it’s about doing it day in, day out. Everything we do is important, we know that and we’re used to that. We like the pressure we’re put under - it’s part and parcel of football.”