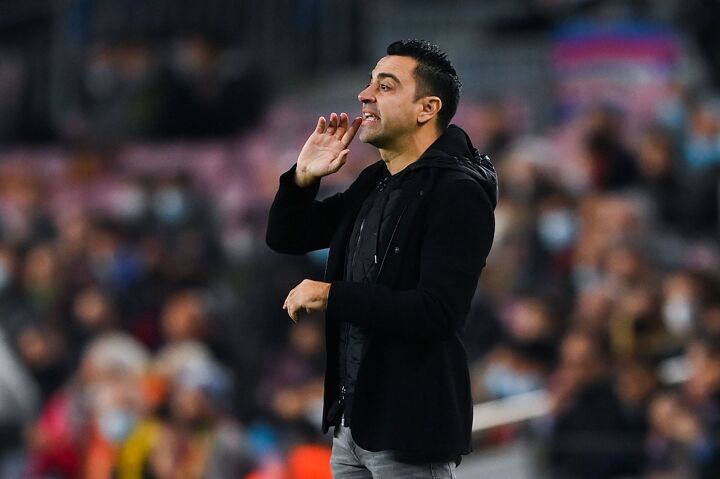 According to Spanish publication El Nacional (via The Hard Tackle), Xavi is keen to bring Ruiz in at the "earliest possible opportunity." It is worth noting that the 25-year-old midfielder has been linked with Barcelona previously as well.

The Catalans are currently blessed with options in midfield. The likes of Frenkie de Jong, Sergio Busquets, Pedri, Pablo Gavi and Nico Gonzalez are currently fighting for spots in the starting XI. However, successive injuries to Pedri this season have shown Barcelona that the club can't afford to overburden their teenage stars.

While Gavi, 17, and Nico, 19, have done brilliantly to become regulars with the first-team, the Blaugrana could do with some more experience in midfield. The signing of Ruiz, who is already well-versed in Spanish football having played for Real Betis previously, would be a no-brainer for Barcelona.

The Napoli midfielder can play across all three positions in midfield and will be a valuable asset for this young Blaugrana side. Ruiz could also help Barcelona ease the burden on Busquets, who turns 34 next July.

Fabian Ruiz rose through the ranks at Real Betis before debuting for the Balompie's first team in 2016. However, Ruiz's spell with the senior side lasted just one season before he was sent on loan to fellow Spanish club Elche in January 2017.

The 25-year-old managed a goal and two assists in 18 appearances for Elche before returning to Betis in June that year. Ruiz then made 35 appearances for his boyhood side in the 2017-18 season, scoring three times and assisting a further six.

His impressive and composed displays in midfield instantly attracted the attention of several big clubs including Barcelona. However, Ruiz eventually moved to Napoli in the summer of 2018.

In his three years at Napoli, the Spaniard has made 146 appearances, netting 20 goals and laying out 13 assists. Ruiz has constantly caught the eye of football purists with his passing range, calmness on the ball and vision. He was part of the Napoli side that won the 2019-20 Coppa Italia. He also has 15 caps and one goal for the Spanish national team.

If Barcelona manage to sign Ruiz in one of the upcoming transfer windows, it would be a massive boost for the club. However, they will face some competition for his signature with Manchester United also said to be interested in the player.