Romelu Lukaku's departure means a new forward is essential, but for Chelsea the most pressing area of concern this summer comes in defence. 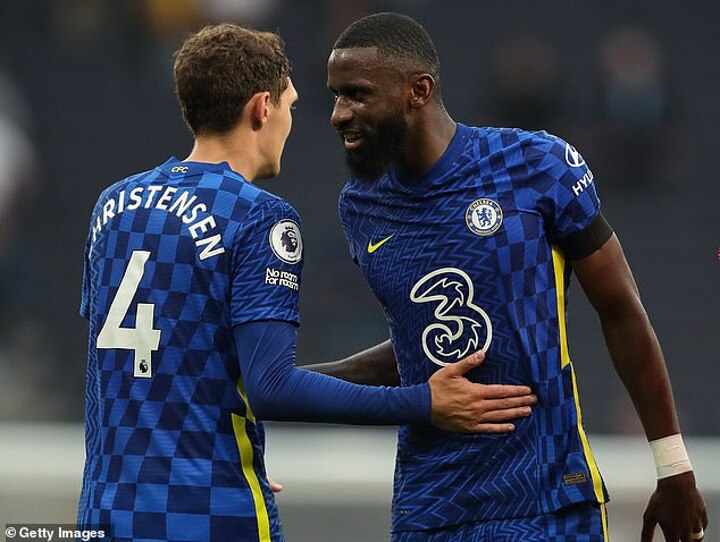 With Antonio Rudiger and Andreas Christensen gone - the former leaving a gaping hole after starting 34 league matches last season - Thomas Tuchel knows strengthening defensively is his biggest priority in the coming months if they are to seriously compete for the title next season.

The Blues have a number of centre-backs in their sights, including Juventus' Matthijs de Ligt, Sevilla's Jules Kounde and Napoli's Kalidou Koulibaly. 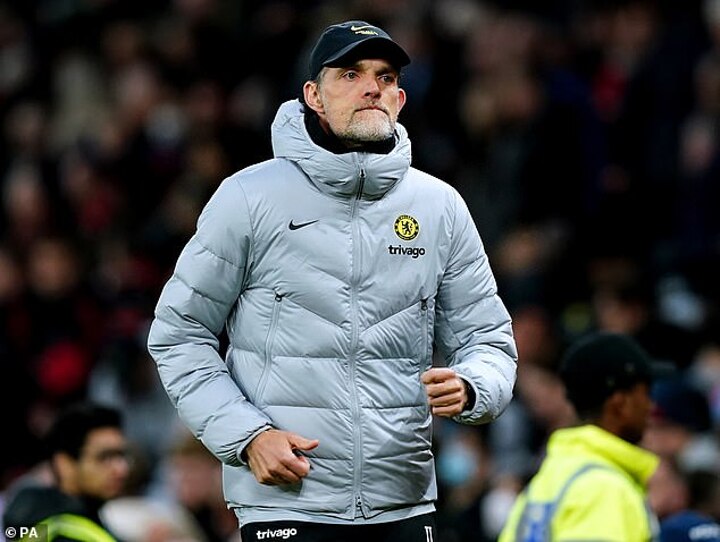 Some are likelier to head to Stamford Bridge than others, while Tuchel may even need to add more than one to his ranks - but which players should they prioritise?

Sportsmail has taken a look at Chelsea's main defensive targets this summer and run the rule over them statistically, with the help of data from WhoScored.com.

The Holland international has been an ever-present at the heart of Juve's defence since joining from Ajax in 2019, featuring 117 times over the previous three campaigns.

Last season he racked up 2,675 minutes for Massimiliano Allegri's side, starting 29 league games while chipping in with three goals and one assist.

From an aerial standpoint, De Ligt is one of the strongest options Tuchel has on the table.

On average he won four headers per game in the 2021/22 campaign, making every bit of his 6ft 2in frame count in Turin. 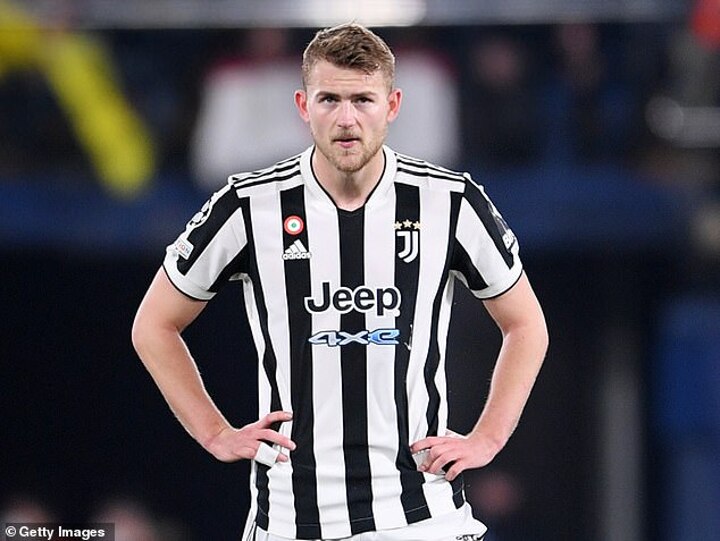 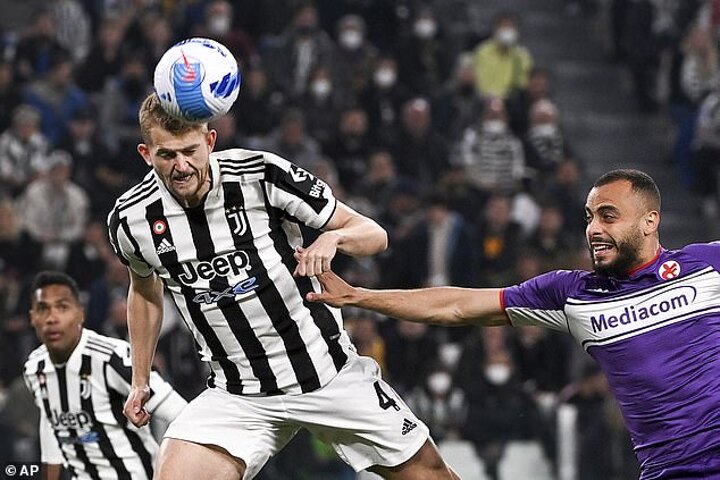 He recorded 1.1 tackles per game, while also averaging 0.7 blocks, 0.8 interceptions and 3.1 clearances.

With the ball at his feet De Ligt was also on form, completing 54.5 passes per match - which works out as a pass percentage of 89.

His disciplinary record is nothing to worry about, with two yellow cards and a subsequent sending off his only cards last year. And in terms of injuries, he has only missed 26 matches because of fitness problems over the last five years.

The 22-year-old also has age on his side and could therefore prove a defensive stalwart at Stamford Bridge for the best part of a decade.

As Sportsmail revealed earlier this week, De Ligt is keen on a move to Chelsea this summer, however Juventus want to drive the price up for their star defender as much as possible.

While they are hoping to land him for around £65million, the Blues have so far failed to make a breakthrough in discussions with Juve after going back and forth with offers.

There is also now serious competition to contend with from Bayern Munich, who have moved ahead of them in the race for his signature. The German club's head coach Julian Nagelsmann and sporting director Hasan Salihamidzic have held talks with De Ligt.

As a result, Chelsea may be forced to turn their attention elsewhere. 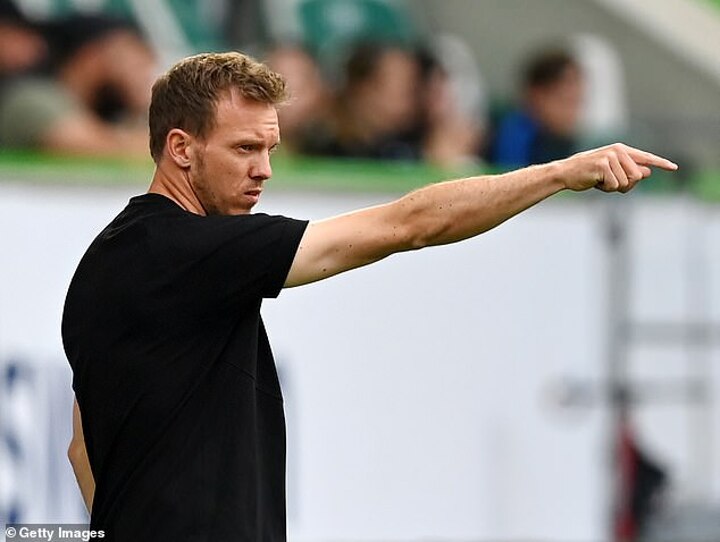 A long-term target for the club, Kounde is hugely admired at Chelsea after emerging as one of the standout defenders in European football over the past few seasons.

The France defender has made 95 league appearances since heading to Sevilla in 2019, 32 of which came in the previous campaign.

Across his 2,738 minutes last term, Kounde stacks up to De Ligt unfavourably in the heading department, winning just 2.4 aerial duels per game compared to the latter's four.

He has the slight edge when it comes to tackles, producing 1.3 per game in 2021/22, yet his average of 0.7 interceptions and 0.6 blocks was marginally lower. They were both on hand with 3.1 clearances per 90 minutes.

When it comes to passing, Kounde is the more impressive after registering a superior 65.6 passes per game and the same pass completion of 89 per cent. 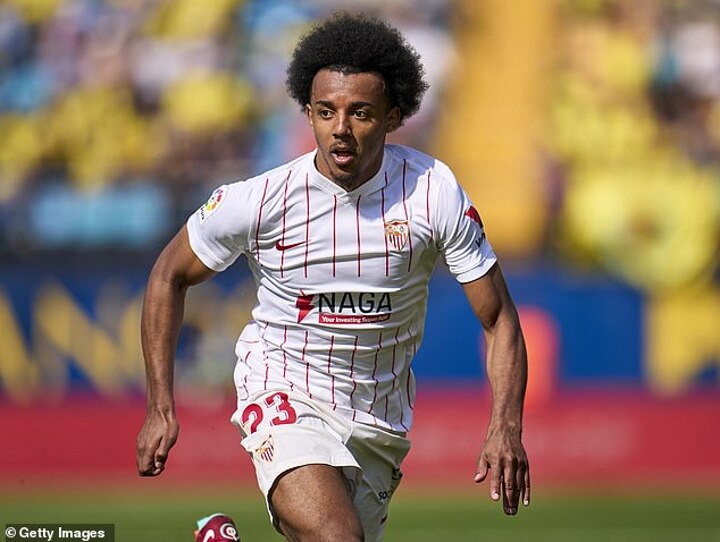 The 23-year-old also got on the scoresheet twice and provided as many assists, though his discipline is perhaps a concern given he picked up two red cards.

While he was forced to undergo surgery on a pelvis issue last summer, Kounde is yet to miss a large period of matches through injury since bursting onto the scene at Bordeaux in 2018.

Kounde was a major target for Chelsea last year, but this summer the club have been prioritising alternative options.

According to Spanish outlet Marca, Sevilla are concerned by his current transfer situation, as no offers have come in so far despite the player's willingness to leave.

A move to Stamford Bridge therefore appears unlikely right now, yet if Chelsea miss out on their top targets they could be forced to revert back to Kounde. 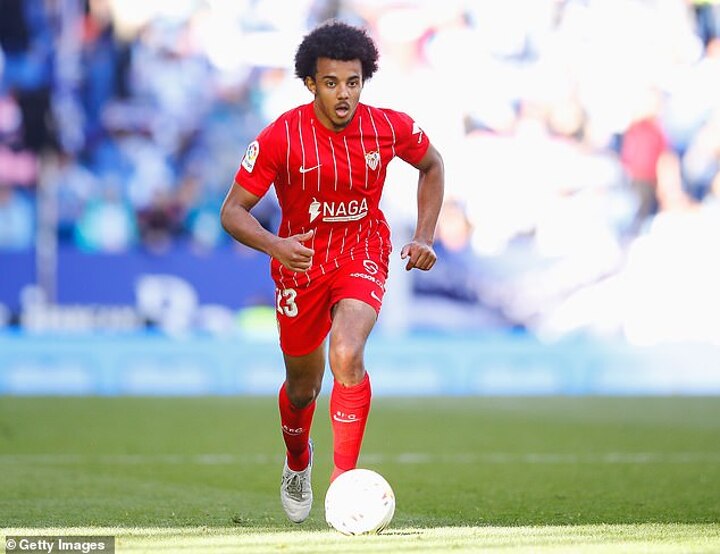 Last season the City outcast was not used as frequently as other defenders in this list, enjoying just 921 minutes of Premier League football for Pep Guardiola's champions.

A measly tally of 14 appearances means his statistics carry less weight, though when used Ake still managed to produced more successful aerial duels per game (2.6) than Kounde in 2021/22.

Nevertheless, Ake was more successful with the ball at his feet than De Ligt and Kounde, with his 60.7 passes per game working out as a percentage of 91 completed. 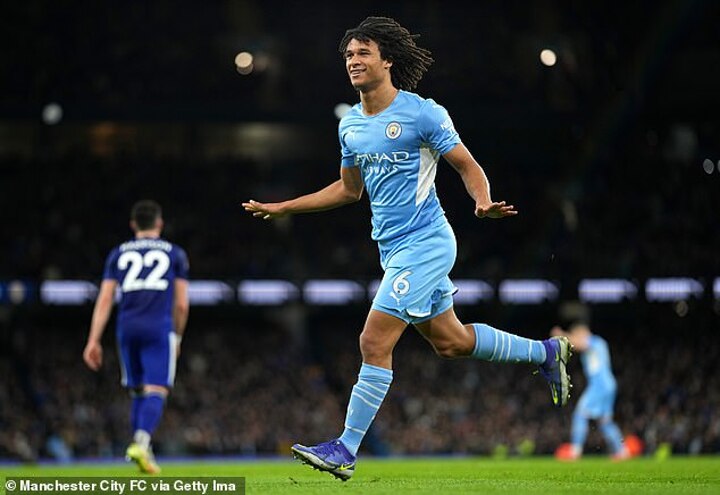 The former Chelsea man found the back of the net twice in a shorter period of time and collected no cards, while he may also only just be entering his peak years at the age of 27.

His injury record could represent a worry, however, having missed 27 games in all competitions in the 2020/21 season and spent 188 days on the sidelines since August 2017.

At the end of last month it emerged that Chelsea are exploring the idea of bringing Ake back to west London five years after he departed for Bournemouth.

The Dutchman, a product of the Blues' academy who first joined them at the age of 15, is valued at £50m by City amid interest from Stamford Bridge this summer.

Etihad officials have warned Chelsea that they have no intention of selling him in the current window, and even if his asking price is met Guardiola and Co would need to find a replacement before sanctioning a sale.

Yet should De Ligt head to Munich as feared, Tuchel's need to prise Ake away from Manchester could grow even stronger. 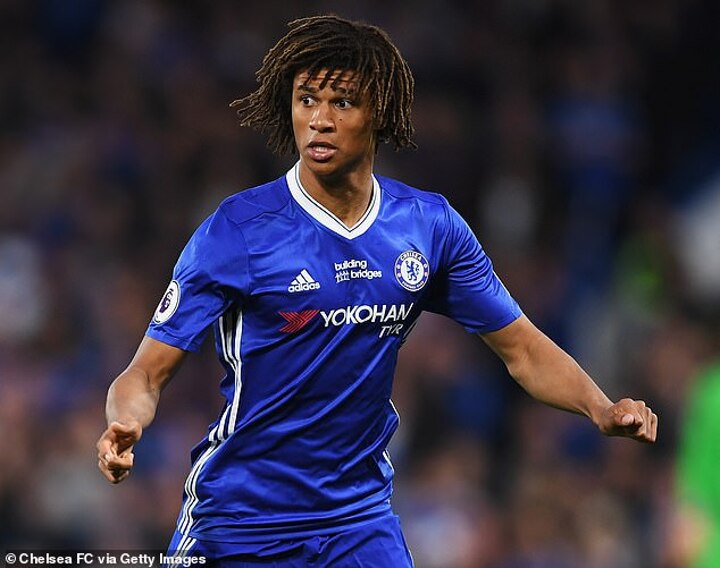 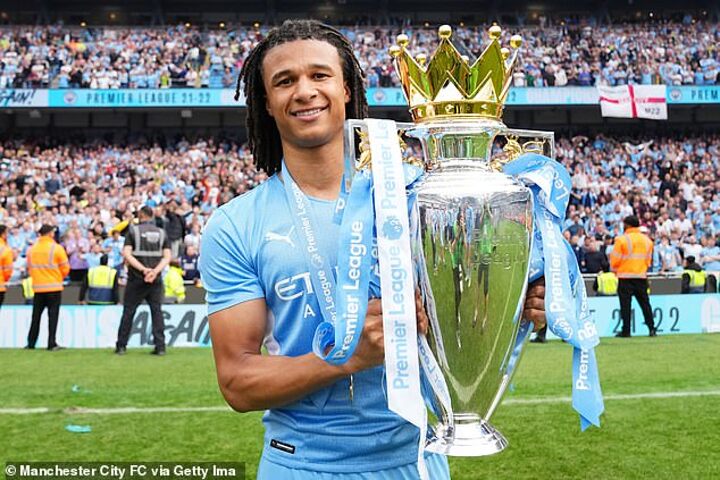 Having proven a crucial member of Napoli's backline for close to a decade, Koulibaly has been linked with top club after top club for many a year and Chelsea are one of several eyeing him up this summer.

He was just as important for the Italian club last term, clocking up 2,406 minutes in his 27 starts as Luciano Spalletti's men secured third place in Serie A. 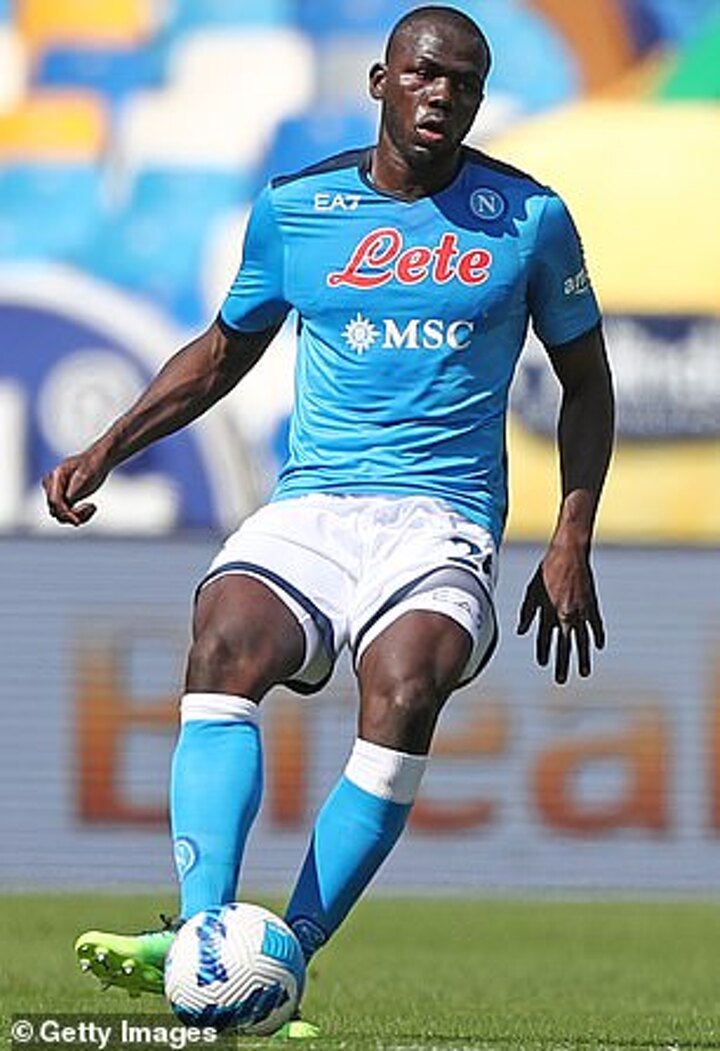 Despite his imposing figure, the Senegal defender only averaged 1.8 successful aerial duels throughout the previous season, which is the lowest of all four Chelsea targets so far.

However, in almost every other defensive area Koulibaly managed to outperform De Ligt, Kounde and Ake.

His pass completion of 87 per cent is also solid given he averaged 60.8 passes per game for Napoli, while he was also on hand with three goals and as many assists.

Koulibaly's disciplinary record was not too troubling, with five yellows and a red card fairly standard practice for a defender, but his injury history will concern Tuchel most.

Over the past two and a half years he has missed 31 games due to fitness issues, and given the 31-year-old now has as many years on the clock his condition could worsen.

Romano posted on Twitter: 'Kalidou Koulibaly, one more name in the list for Chelsea as they keep searching for two centre-backs.

'He's out of contract with Napoli in 2023. Been told there are conversations also on Koulibaly alongside De Ligt, Ake, Kounde.'

For now, De Ligt and Ake appear higher placed on Tuchel's wish list, though given he only has a year to run on his contract Koulibaly could also end up following one of the aforementioned pair to Stamford Bridge for a cut-price. 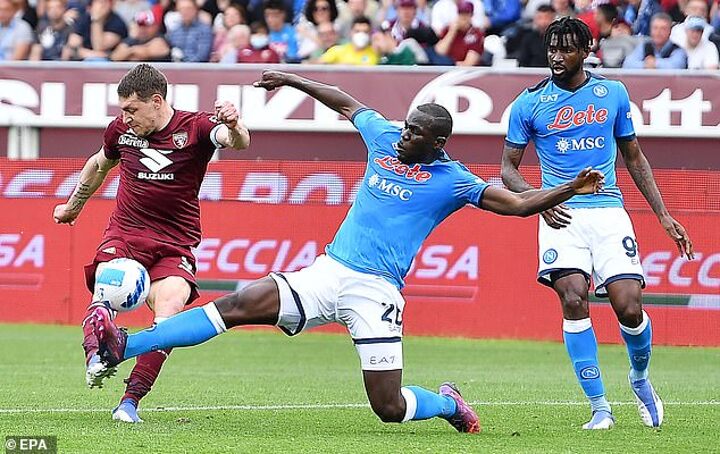 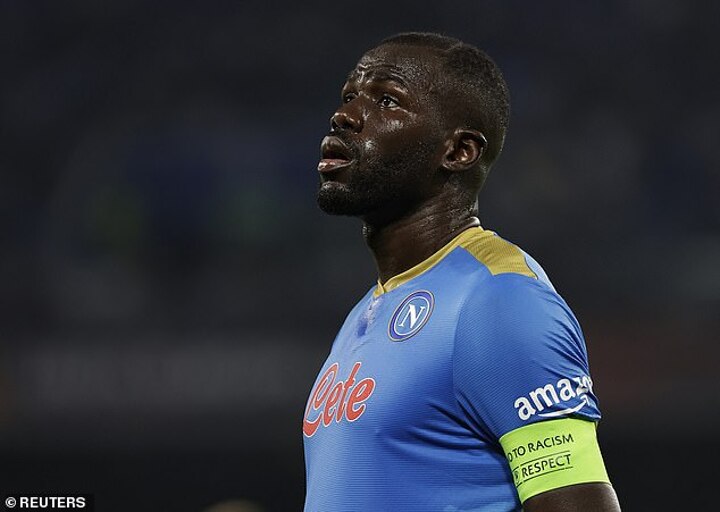 The 27-year-old has been a first-team regular for Inter ever since he rocked up at the San Siro in 2017, making at least 32 league appearances in each of his five seasons with the club.

He was afforded 35 by Simone Inzaghi in the previous season, all coming as starts, meaning he was involved in 3,150 of their 3,420 Serie A minutes overall.

While there is no defensive area where Skriniar trumps the other four players in this list - averaging 1.3 tackles, 0.7 interceptions, 1.5 aerial duels, 0.7 blocks and 2.5 clearances per game - his pass completion of 93 per cent is mightily impressive considering the amount of time he spent on the pitch.

He produced 60 successful passes per match in his 35 outings for Inter, meaning Tuchel would be able to count on him in a system centred around playing out from the back. 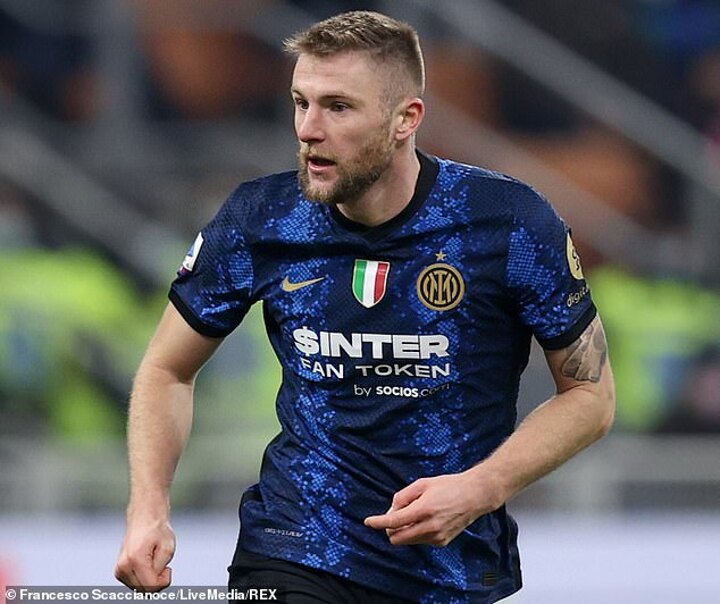 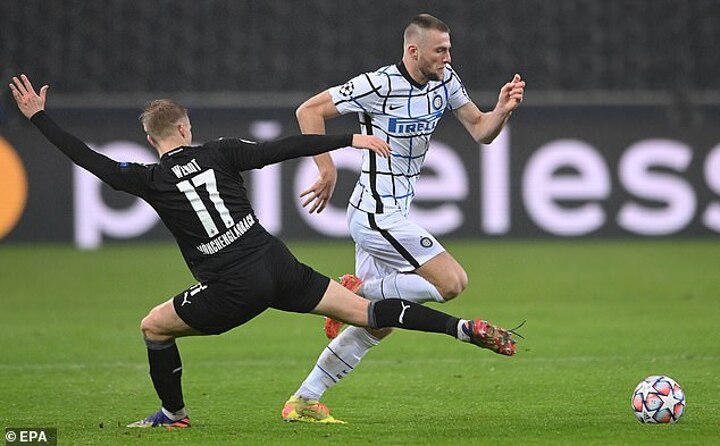 Skriniar also contributed three goals down the other end, while receiving a mere three yellow cards all season.

If he were to prove as consistent in English football, the Slovakia international, who has not missed a league match through injury for the last six seasons, would undoubtedly be a reliable defensive option for Tuchel.

When discussing Chelsea's hunt for a centre-back Skriniar's name has often been mentioned, but as of yet there has been no official offer submitted.

Sportsmail understands the Blues approached Inter last month about the player's availability, only to find they are still some way apart in negotiations.

Relations between the two clubs are strong, though, after they agreed on Lukaku's loan return to the San Siro, and Chelsea are prepared to put £64million on the table to bring Skriniar to the Premier League.

Yet they may need to act swiftly given Paris Saint-Germain, who have already failed with a £52m bid, are also keeping tabs on his situation this summer.