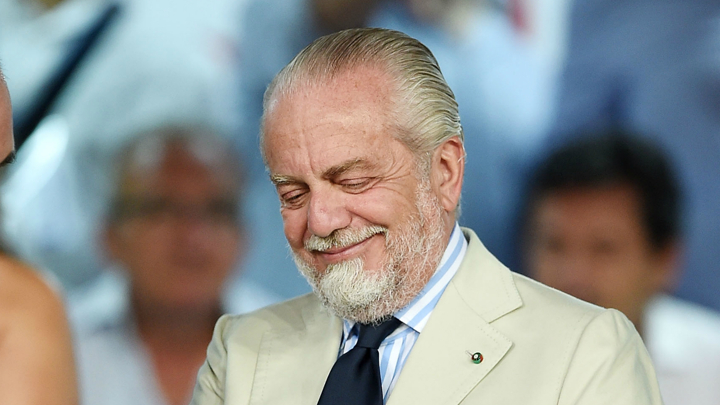 Napoli President Aurelio De Laurentiis has vented his frustration at his club's faltering attendance, saying that there are too many fans of other clubs in Naples.

Despite finishing in second place in back to back seasons, Napoli only had the seventh-highest attendance in Serie A last season, according to transfermarkt.

De Laurentiis is not happy with those numbers, saying that Bari, the other club he owns, is outpacing Napoli in season ticket sales despite being two divisions lower.

"I don't understand why Bari in Serie C has more season ticket holders than Napoli, even after we reduced the price," De Laurentiis told Corriere dello Sport.

The 70-year-old says that part of the problem for Napoli comes from the fact that many fans in the Naples area root for other clubs.

"I believe that in the city of Naples we live with great envy of teams from the north – there are a lot of Juventus, Inter and Milan fans," De Laurentiis said.

"Do I have to buy Milan to make them happy?!"

Napoli have played in the San Paolo since 1959 and the stadium recently underwent a remodel to host the Summer Universiade games in July.

The construction has apparently had an adverse effect on the condition of the stadium and in particular the dressing rooms.

Ancelotti fumed after paying a visit to the facilities on Wednesday, saying, "I saw the conditions of the San Paolo dressing rooms. I am speechless."

Napoli have played their first two Serie A games this season on the road, but will return home on Saturday when they face Sampdoria.

Just three days later Napoli will welcome Liverpool to San Paolo as they kick off this season's Champions League campaign.