The 14th game week of the Italian Serie A takes place this weekend and will see Empoli host Fiorentina at Carlo Castellani on Saturday. 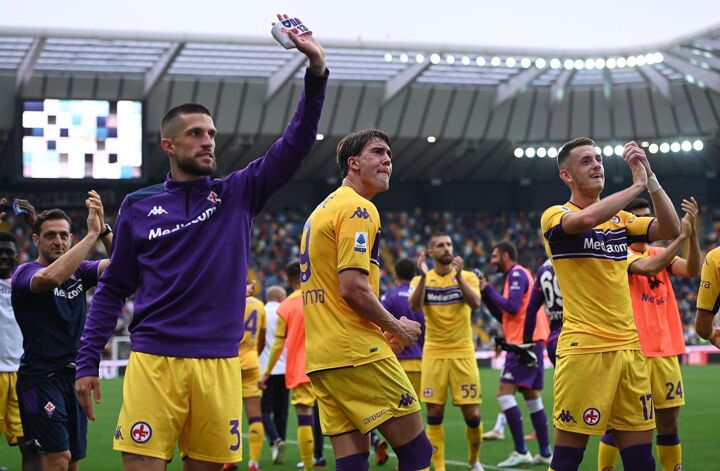 Empoli have been rather inconsistent in the league this season. Gli Azzuri were beaten 2-1 away from home by Hellas Verona in their last game via a late winner from their hosts. They have now won just one of their last four games and are winless in their last two outings.

Empoli currently sit 12th in the league table with 16 points. They will be looking to return to winning ways when they host Fiorentina at the weekend.

Fiorentina picked up a famous 4-3 home win over AC Milan in a closely contested affair last time out. Dusan Vlahovic, Alfred Duncan and Riccardo Saponara all scored for the hosts against the Rossoneri.

Fiorentina sit seventh in the Serie A table with 21 points from 13 games. They will be looking to get the win at the weekend as that would put them within touching distance of the Champions League places.

There have been exactly 20 meetings between Empoli and Fiorentina in the past. The visitors have won 11 of those games while the home side have won just four times. There have been five draws between the two sides.

The home team have no injured or suspended players ahead of their game against Fiorentina.

Matija Nastasic, Erick Pulgar and Bartlomiej Dragowski have all been ruled out with injuries and will miss the game against Empoli. Nikola Milenkovic and Lucas Martinez Quarta have both served their suspensions and will return to the squad.

Empoli have won just one of their last four Serie A games. The hosts have won five league games in total this season but only one has been on home turf.

Fiorentina have been very inconsistent this campaign with a pattern of winning a game and then losing the next. They have five wins and five losses in their last 10 games and remain the only Serie A side without a draw this season. I Viola have lost their last three away games on the bounce so this one could end in a stalemate.