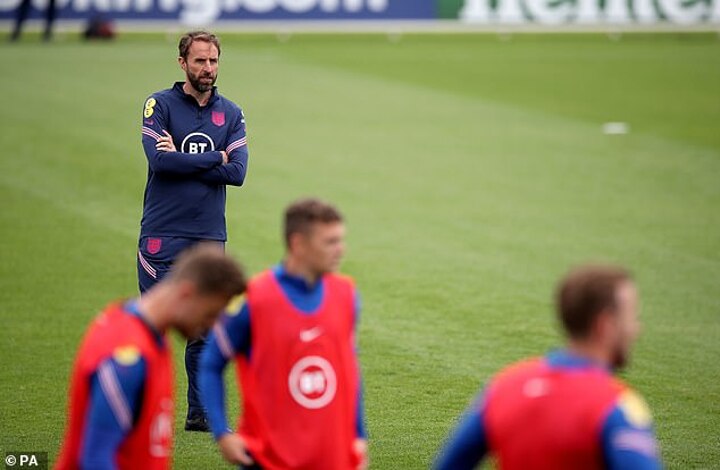 In the build-up to the tournament, the Sportsmail columnists met to discuss England’s prospects, the Home Nations challenge and potential superstars.

As always with this pair, it led to a lively debate…

RICHARDS: Oh for God’s sake! I’ve changed this about 10 times in the last 10 weeks. Hang on a minute. Before we get started. Can we talk about…

SUTTON: I’ll stop you there (rolls his eyes). You want to talk about Jack Grealish, don’t you?

RICHARDS: Now hang on. I said Thomas Tuchel wouldn’t win big prizes. I held my hands up and admitted that I was wrong. But you have been speaking about James Maddison and I told you all along about Grealish but you just wouldn’t listen to me! When it really mattered, who came to the fore? I told you! 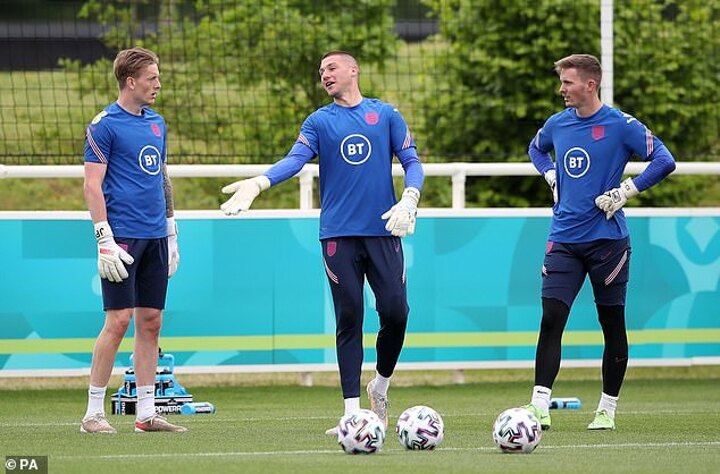 SUTTON: You are crowing about him because he dived to win a penalty against Romania. Threw himself to the ground and all of a sudden he’s world class. I bet you haven’t even got him in your starting line-up!

RICHARDS: Shush, let’s get to it. Are we doing this jointly or separately?

SUTTON: I’ll make it easier for you. We both agree on Pickford, don’t we?

SUTTON: I’d prefer Pickford to be the best with his hands but go on… Back three or back four?

RICHARDS: Oh why are we falling into this trap of a back three? I’m going to pick Tyrone Mings. I want a left-footed centre-back to play out. Aston Villa have kept a lot of clean sheets so I am going with Mings. I know he hasn’t been great in the last couple of games but I want balance. Right-back? Reece James was fantastic in the Champions League final. If we play three at the back it’s got to be James and Ben Chilwell at wing-back. But I want us to play four: Walker, Stones, Mings, Shaw. We agree on this, don’t we? 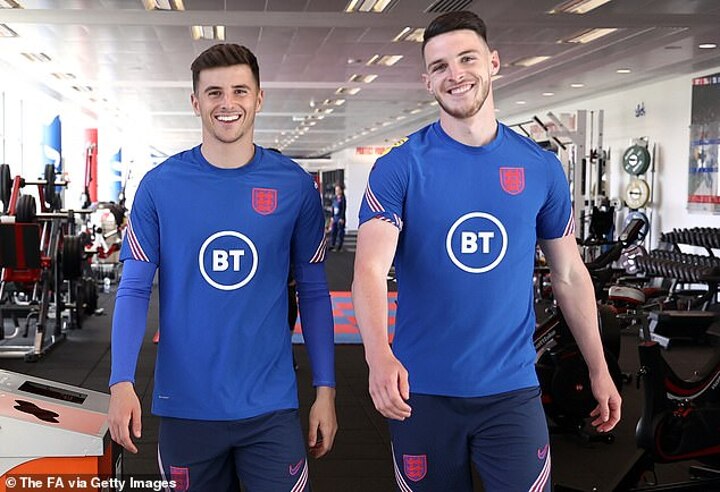 SUTTON: We do. Midfield now. I’m going for Declan Rice. You must have Rice?

RICHARDS: I do. In front of him, Mason Mount. You’ve got him too?

SUTTON: Yes. I don’t like how much we are in agreement. I’ve got Jude Bellingham next to Rice. You’re going to jump on the Grealish bandwagon now.

RICHARDS: We don’t play with two sitters in my team. No negative mind-sets here, Christopher.

SUTTON: I know you will be thinking about Bellingham ‘ooh, young player’. Listen — he’s done the business this season. Give me your front three then. You will pick Grealish, I know. I’ll tell you now. He doesn’t track back. Wasn’t Gareth critical of the attacking players against Romania? 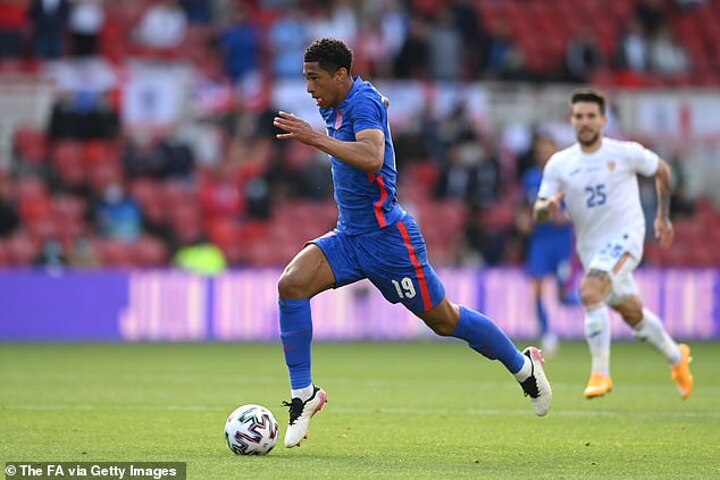 RICHARDS: Of course he tracks back! I don’t see Zidane or Messi running back! We need luxury players. We don’t want 11 workmen-like players, do we? Come on!

SUTTON: So Grealish plays because he is a luxury and doesn’t do the hard yards? I’m going Foden off the right-hand side, Rashford off the left-hand side and Kane through the middle. All of them will work very, very hard defensively. They will press hard.

SUTTON: Good point. So you are now going to copy my team? I don’t think Rashford is best suited to the right-hand side; I don’t think Sterling is. You could have Sancho, I suppose.

But, all joking aside, Grealish is the one who in recent games has come from nowhere and given himself a chance. He was the one against Romania who looked like he would make a difference and Gareth will be thinking about him. 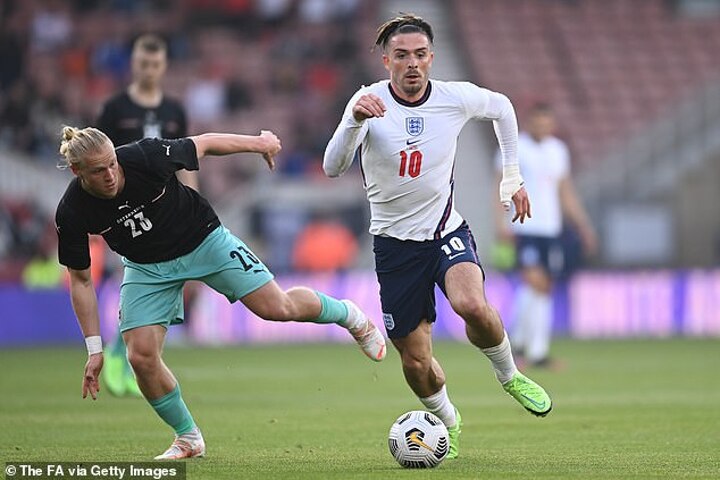 RICHARDS: There is something about Sancho and England. In the Premier League, he would produce fireworks. His numbers in the Bundesliga for the last two years have been off the scale. But in an England shirt?

Right. Let’s go with it: I’m going 4-2-3-1. Same back four; Rice and Mount in midfield. Grealish just in front of them. Rashford and Foden either side, Kane up top.

SUTTON: You know what is encouraging about all this? We’ve got a very young squad but it is full of talent. Do we think they are the finished article? No. But there is an anticipation about seeing what they will do.

I wouldn’t be in a hurry to rule England out of winning it but nor do I think they are favourites. Harry Maguire not being fit is a big issue and Jordan Pickford concerns me. I wonder about his temperament. England looked vulnerable defensively in those last friendlies but should we read too much into what that means? I don’t think so.

Can Scotland be brave?

RICHARDS: I think they get through the group. There are going to be some third-place teams going through. If it was top two only, I’d say probably not. But because of that third place, they’ve got a chance. Why not? The Scots have got good support. Hampden Park! I played there once, I think for England Under 16s and the crowd was ridiculous. Honestly.

SUTTON: You would have s*** yourself up there, wouldn’t you? 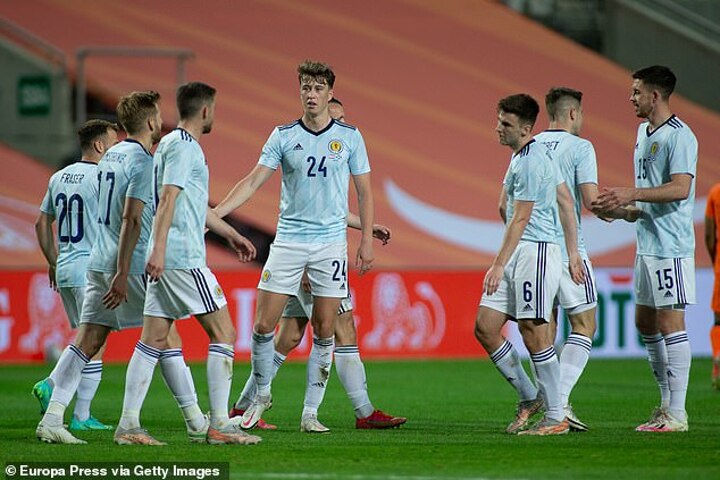 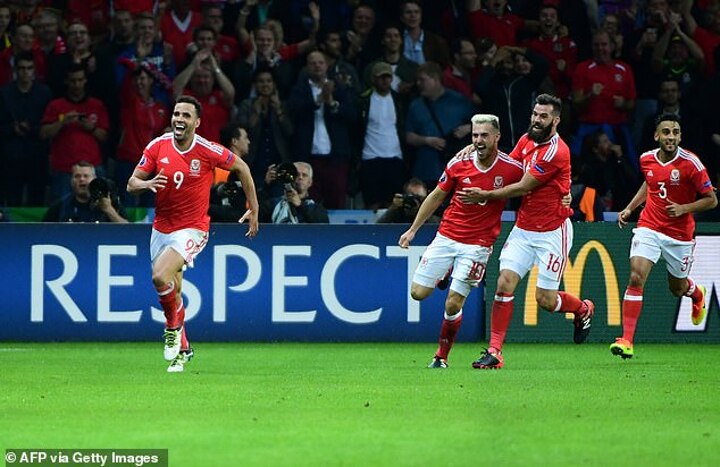 RICHARDS: I genuinely would have! It was crazy and I was just playing a kids game! But they have got a chance. It’s like Wales in 2016. Scotland are going to be like Wales at these Euros.

SUTTON: Talk about offending the Scots! You just compared them to Wales.

RICHARDS: Don’t you dare! I’m going to put my neck on the line and say Scotland are getting out of their group.

SUTTON: It’s a tough one. You look at Croatia, the Czechs, and it’s so difficult to call. Scotland have improved no end under Steve Clarke. It’s be interesting to see who he starts and where.

Clarke is a stickler for three at the back but Scott McTominay’s best position, as we saw in the Europa League final is in the middle of the park — not defence. Scotland’s strongest suit is the midfield area. A lot of people north of the border are saying Billy Gilmour should start. They’ve got a right back in 19-year-old Nathan Patterson, from Rangers, who has a great career ahead.

Look, they’ve got an Australian and an Englishman leading the line. They’ve got Lyndon Dykes, who’s a broad Aussie, and Che Adams, who they’ve nicked from England. If they score goals to get them through, is it really Scotland? I’m just kidding. They do have a chance of getting out of their group. 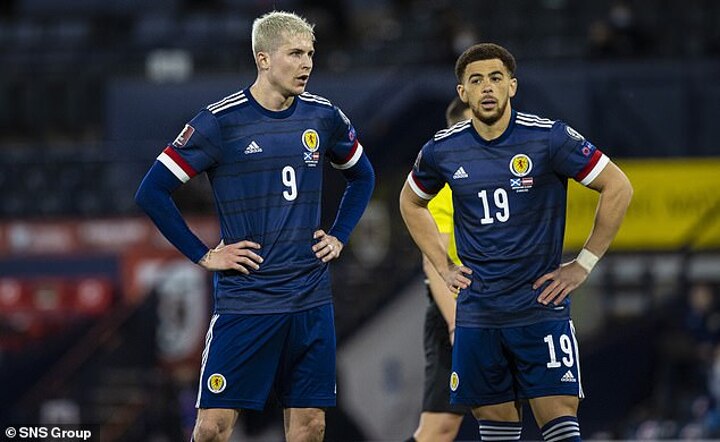 Will the Dragons breathe fire?

RICHARDS: Wales have got good spirit, good players. Everyone is talking about Gareth Bale being over the hill, but these tournaments can turn on moments of brilliance. I don’t expect Wales to get to the semi-finals again but I expect them to do well enough.

SUTTON: Bale and Aaron Ramsey, they’re the big hitters for Wales. There are other decent players, such as Daniel James and Kieffer Moore, who I’d describe as an old-fashioned lump. Ramsey was an unused substitute for Juventus towards the end of the season. I wonder where his best position is for Wales, so that may be a conundrum for Robert Page. 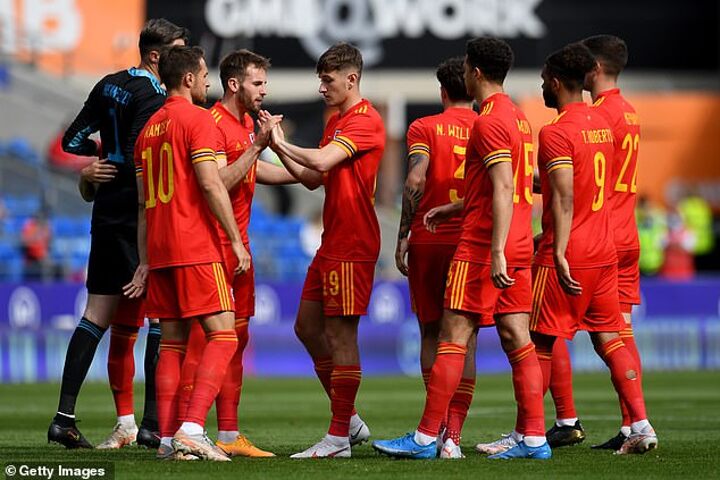 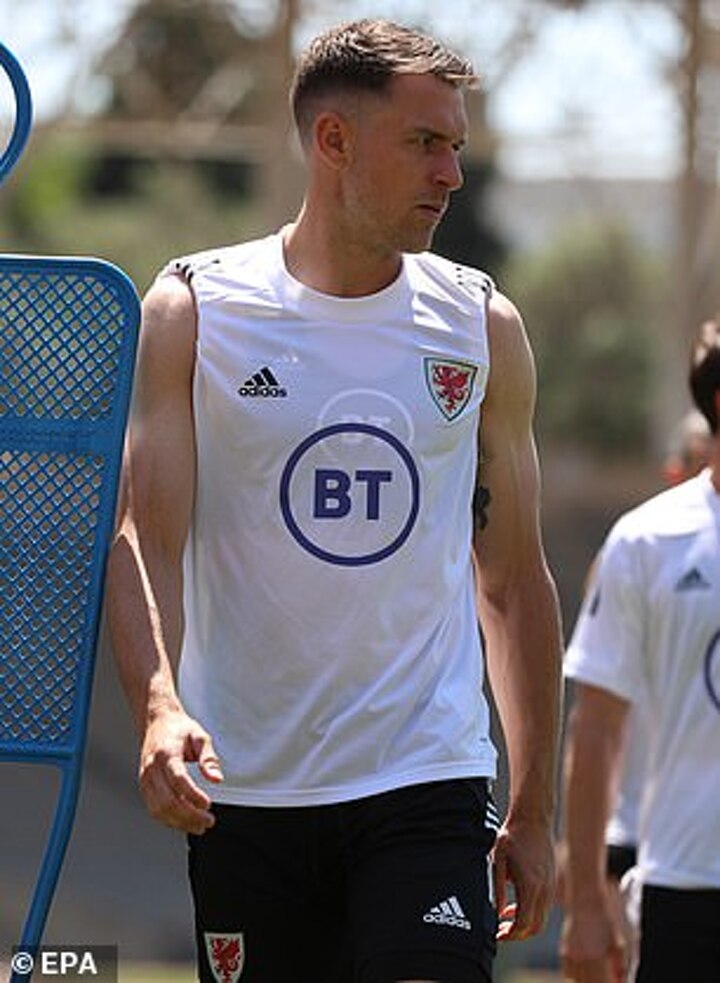 When Page initially went into the job amid that Giggs situation, Giggs was still manager. At what stage did the process change and Page start making his own decisions and how will that impact his selection and the team?

RICHARDS: Do you think we focus too much on preparation and all that? Remember when Denmark won Euro 1992? They weren’t even supposed to be in that competition. They rock up as a late replacement for Yugoslavia and win the tournament. Sometimes, when expectancy levels are so low, that can just make the team play better.

SUTTON: I agree with that.

Who will be the shooting star?

RICHARDS: Kylian Mbappe. He is my favourite player to watch.

RICHARDS: More than Grealish! As long as he’s fully fit at these Euros, with no niggles, he’ll be the star of the show. He’s got everything. The French team have a lot of talent but sometimes that can go against you. Who wants to be the main man? Karim Benzema is back in the squad. It’ll be interesting to see how it all works. 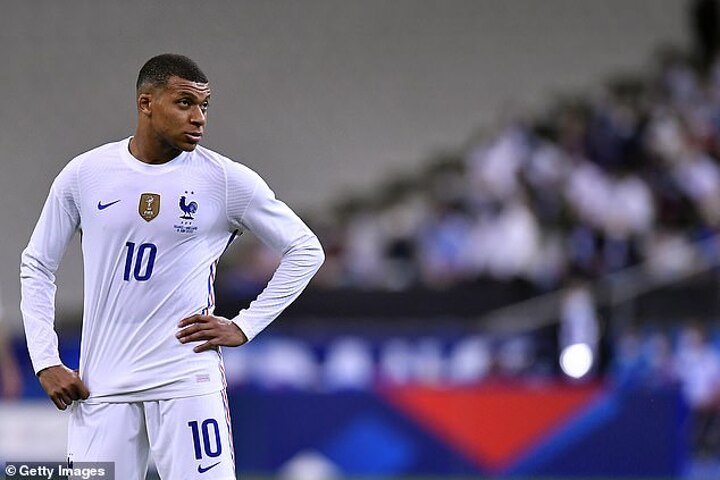 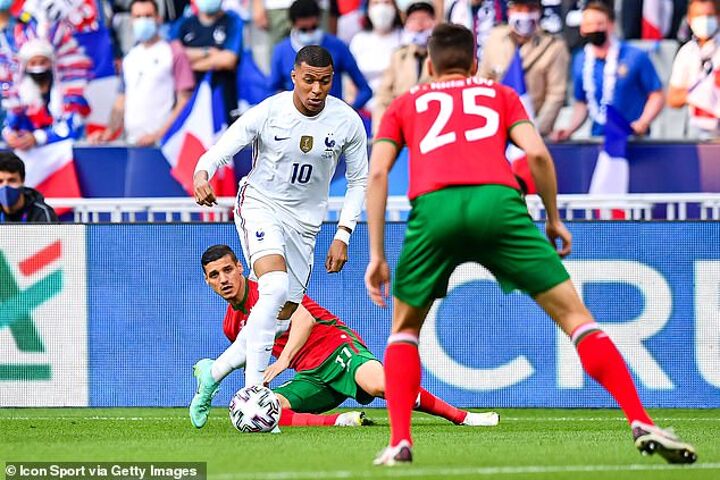 SUTTON: I’m glad you mentioned Benzema. Do you call him ‘Ben-zee-ma’ or ‘Ben-ze-mar’?

RICHARDS: It is! I got in trouble for saying ‘Ben-ze-mar’. 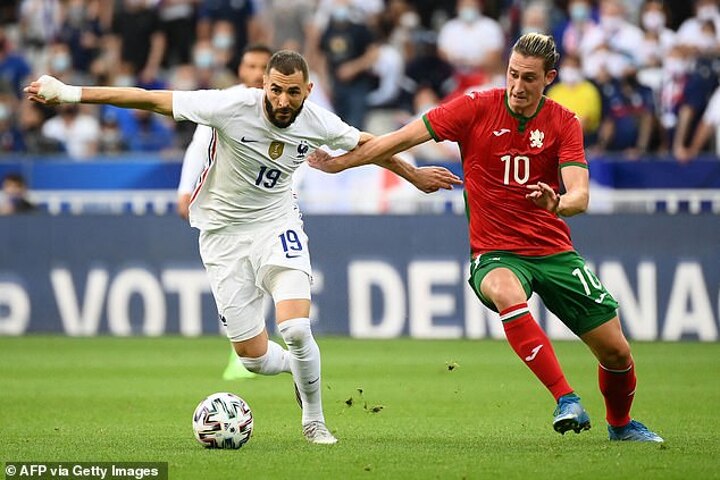 SUTTON: (bursts out laughing) I agree with what you said about Mbappe but I like Benzema. He’s one hell of a player and he’ll have a point to prove. There’s always space for a good oldie. I will say it now — France win the tournament. The Golden Boot? I’ve got a sneaking feeling for Benzema.

RICHARDS: I looked at Germany’s squad the other day. Eighteen months ago, they looked in a transition period. But now they’ve got a very good XI at least.

SUTTON: Are we going to mention Spain? 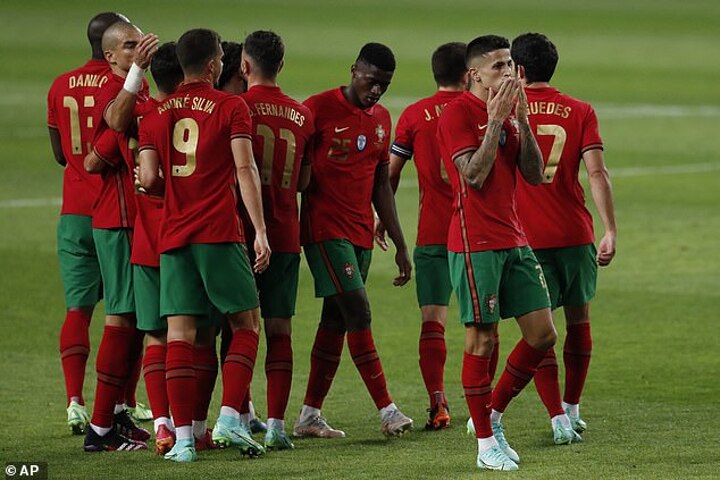 RICHARDS: Ooh, yes. Italy. They won all their games in qualifying and Roberto Mancini is a tactical genius. I just don’t know if it would be too much in the dressing room. He’s very full-on. In a tournament you need to be calmer. They’re a dark horse. And Belgium. But is Kevin De Bruyne fit?

SUTTON: So who are you saying will win the Euros and the Golden Boot, Micah?

SUTTON: Go for someone outlandish to win the tournament.