Seven-time Champions League winners Milan are back at Europe's elite table after a seven-year absence in 2021-22, and Stefano Pioli now has a star-studded squad at his disposal that has the potential to deliver great things in both continental and domestic competition. 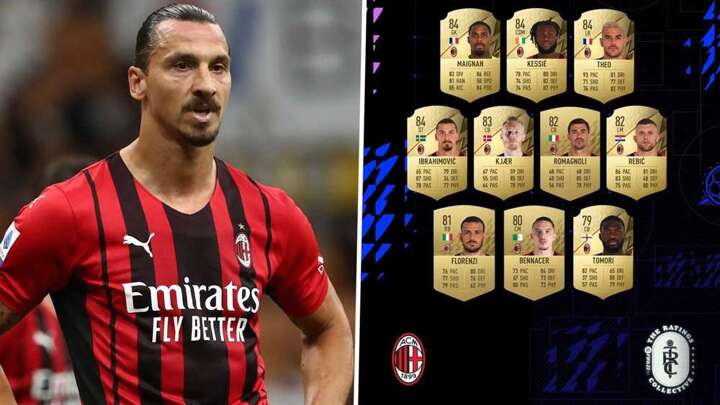 Zlatan Ibrahimovic is the man leading from the front in the current Milan side, which also boasts the likes of Franck Kessie, Theo Hernandez, Olivier Giroud and Brahim Diaz.

But how do the Rossoneri's best players measure up in the ratings on FIFA 22? Goal is on hand to bring you everything you need to know about the squad in EA Sports’ new game.

Milan have three outfield players ranked at a squad-high of 84 in the form of Ibrahimovic, Kessie and Hernandez, with number one goalkeeper Mike Maignan earning the same grade.

Denmark defender Kjaer comes in at 83, one ahead of Romagnoli and Rebic, while Florenzi, who spent the 2020-21 season on loan at Paris Saint-Germain, has been classified at 81.

Bennacer is rated at 80 and former Chelsea duo Giroud and Tomori are at 79 alongside Bakayoko, who is currently on loan at San Siro from Stamford Bridge.