West Ham United left wing-back Arthur Masuaku was surprised with his winner against Chelsea on Saturday in the Premier League game staged at London Stadium. 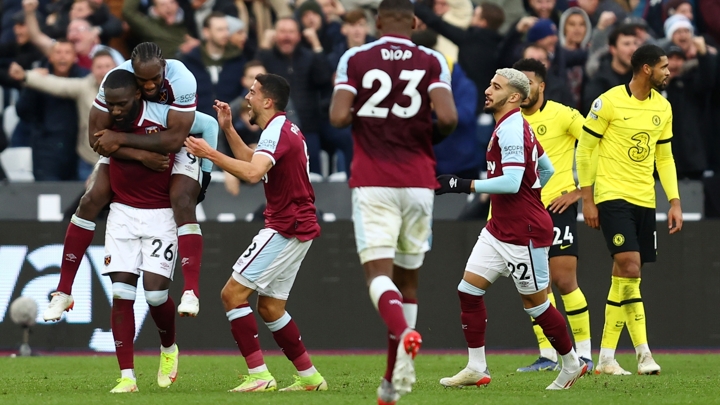 Mason Mount set up veteran centre-back Thiago Silva for the opener after 28 minutes, but Manuel Lanzini converted from the penalty spot to restore parity after 40 minutes.

The Blues, however, went to the half-time break with a 2-1 lead after Mount converted a Hakim Ziyech assist in the 44th minute.

The Hammers fought back and equalized 10 minutes after the break when Jarrod Bowen latched on to a Vladimir Coufal pass and brought the sides level again.

It seemed like it would end in a 2-2 draw before a Masuaku effort, from a Michail Antonio pass with 87 minutes gone, gave the hosts maximum points.

"So, was it a cross, or was it shot?" Masuaku tweeted later on, "Hint, I was as surprised as you."

His manager David Moyes went on to joke about the goal, stating it was a great cross, but could not hide his joy after getting a crucial win.

"It was a great cross! You have to get the ball in the box and we’ve all seen other types of goals from crosses where it has dipped over the goalkeeper in at the back post," the tactician said as quoted by the Daily Mail.

"I think we have to say it is a bit of a lucky goal. You have to take what you get in football and today we got that goal to win.

"I thought we played better against Liverpool. We didn’t play well enough in the first half today but I thought in the second half we improved greatly and that gave us a real chance."

Chelsea's loss on Saturday, coupled with Manchester City and Liverpool's wins over Watford and Wolves, respectively, demoted the Blues to the third position on the table with 33 points.

The Citizens are top with 35 points, one more than the second-placed Reds.