The Mexican winger scored the second goal of the match against Empoli in the Round of 16 of the Coppa Italia in Napoli 3-2 victory. 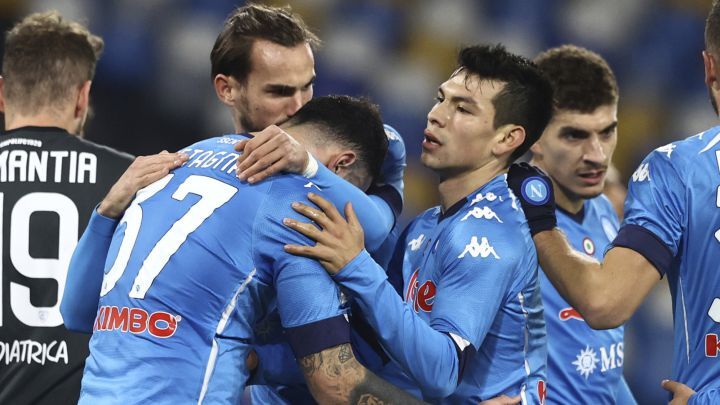 Hirving Lozano is making quite the impact in his second year at Napoli and head coach Gennaro Gattuso is delighted with his development. This season he has played all 16 games of the Serie A, starting in 14 and coming on as a substitute twice. The Mexican winger made his debut in the Coppa Italia on Wednesday against Empoli in the Round of 16.

The game was tied 1-1 and in the 38th minute Hirving Lozano gave Napoli the lead. The 25-year-old intercepted a long ball, dribbled past one defender and rifled the ball from outside the box with his right foot. He now has scored in all competitions Napoli is playing in this season.

Third player with most minutes this season

Hirving Lozano has played in every game in the Coppa Italia, Serie A and Europa League this season. He has a total of 23 appearances in all competitions scoring 14 goals and giving four assists. The Mexican winger is the third player with the most minutes (1,145) for Napoli so far this season.

Napoli have a tough week ahead - they host Fiorentina in the Serie A on Sunday 17 January, before playing in the Supercoppa Italiana next Wednesday against Juventus at the Stadio Citta del Tricolore.