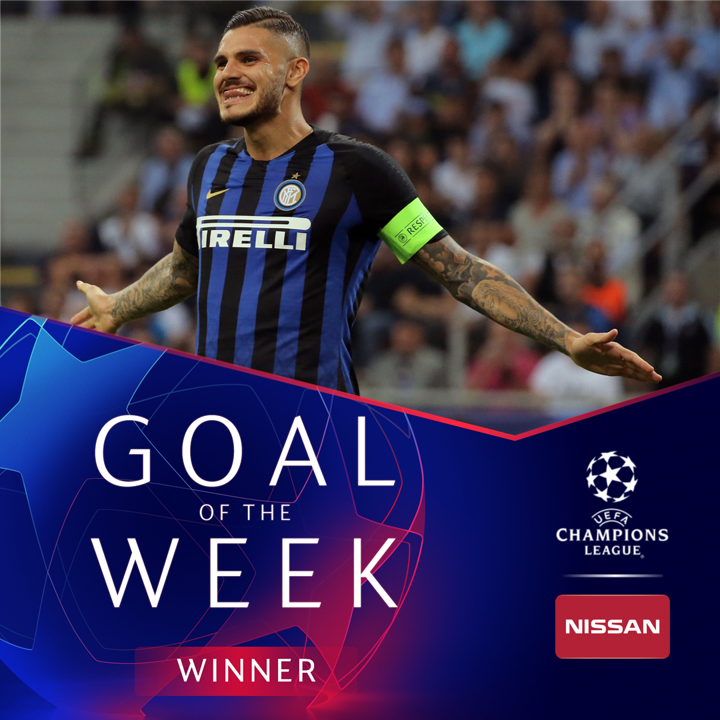 After missing out on Champions League for the past six seasons, Inter have announced their return to the grandest stage of European football in emphatic style by coming back from behind to beat Tottenham Hotspur 2-1 in the opening week.

It is Inter captain Mauro Icardi's first Champions League game in his career, and he did not disappoint.

Inter were inspired by Icardi's moment of magic, the captain thundering a first-time volley into the bottom-left corner from 20 yards before Matias Vecino nodded in Stefan de Vrij's header from a corner in the second minute of stoppage time.