For a long time there seemed to be a school of thought - appoint anyone who worked under Sir Alex Ferguson, they'll have picked up good habits. From Laurent Blanc to Henning Berg or Ole Gunnar Solskjaer to Paul Ince. The success rate is by no means through the roof.

Now add Gabriel Heinze to that list, the newly axed manager of MLS side Atalanta United.

Ferguson was ruthless but it was a means to an end. That ruthless streak was crucial in him presiding over the most successful period in Manchester United's history.

Heinze clearly picked up the ruthless element, but unfortunately for him couldn't tally it up with success as his time in Georgia ended after 13 games.

A grievance was filed by the MLS Players Association alleging that players were even denied water at times during training.

Employing tactics like that won't just get you sack, it'll get you nowhere fast.

His sacking on Sunday was put down to "a variety of issues relating to the day-to-day leadership of the team". You can say that again.

One source told Fox that playing for Atlanta United under Heinze was "hell every day for six months".

Club president Darren Eales said: “I want to be clear, the actual performance on the pitch wasn’t the factor here."

At the time of his sacking Atlanta sat 10th in the Eastern Conference, with 13 points from as many matches.

That sort of performance is not up to standard for such a team, yet the off pitch issues remained the overriding issue. It causes you to ask - just how bad was it?

“Out of respect for Gabi we’re not going to air everything out,” technical director and vice president, Carlos Bocanegra, said following Heinze's sacking.

“We’ve had a number of concerning issues over the past several months and the process of evaluating them brought us to this decision today.

“It was clear this decision needed to be made.”

A debrief into the sacking of Heinze seems somewhat trivial. After all where would you start?

Well taking on a club icon never bodes well - but that's exactly what the Argentine did.

Josef Martinez, a man who regards Atalanta as his own Barcelona or Real Madrid, returned to the squad after being diagnosed with a heart ailment.

Nevertheless he recovered and had the blessing of club doctors, but Heinze wasn't having it.

"He doesn't have any kind of fitness problem. It's my decision that he train away from the team," Heinze told reporters last week. "He'll continue to train on his own."

"I have my reasons," he added, "and I'm very clear on those reasons."

His reasons for allowing sporadic water breaks were motivated by trying to recreate game situations according to The Athletic.

You can't just grab a drink after 60 minutes because you fancy it. In principle it makes some sense, in reality it makes none.

Heinze's methods have actually earned him praise and criticism in equal measure back in South America.

His hard-hitting approach sits well with some, but clearly it was not made to work in the United States.

In truth it is far more likely to fail than it is to succeed, but the Argentine didn't appear to be a man willing to change.

The Atlanta Journal-Constitution claimed that the Major League Soccer Players Association had filed a grievance with the league “on behalf of Atlanta United players because of multiple infractions related to the team’s training schedules.”

Heinze once informed his team during a delayed flight back to Atalanta that they would be training in the morning. 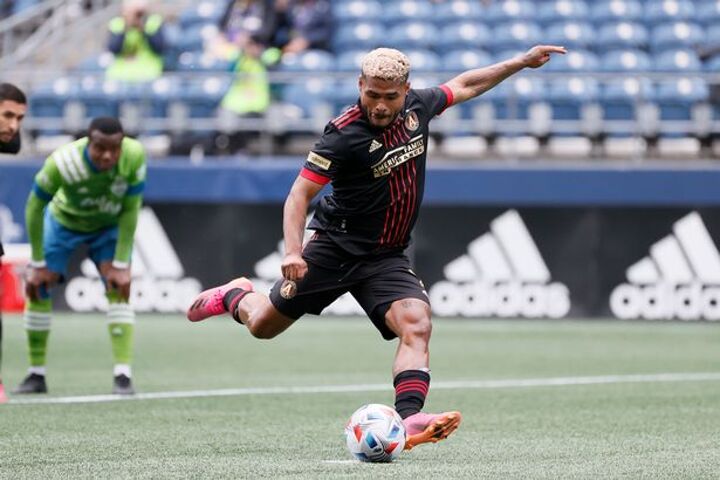 Sources claim that announcement came at between 3am and 4am.

There were also major issues with the amount of days off handed to players.

Midfielder Emerson Hyndman tore his ACL and his team-mate said: “They broke him. They’re killing the guys with two practices a day. (The staff) haven’t given a day off in weeks.”

Heinze's stance on shunning the media also did little to help his reputation.

“It just wasn’t something he wanted to do,” the former club employee said.

The Argentine even restricted access to training for Atlanta United’s in-house digital teams.

"The players themselves, you know they’re out there battling — it’s important, that aspect. Our staff, there’s an expectation in terms of when you’re in Atlanta United how you sort of act with core values.”

Despite his plethora of mistakes during his tenure Atalanta chiefs will not have been surprised. They were not naive to Heinze's divisive nature but felt he was a risk worth taking.

“You don’t know anybody until they’re actually in the building,” Bocanegra said recently.

“But also during our due diligence process, speaking to other former players, people in the soccer community down in Argentina and globally — (he’s a) fantastic players’ coach and players loved him.

Atalanta have also sacked Frank de Boer in recent years with the club under pressure to get back among the MLS' elite.

“We did not meet the goals or expectations of the ownership of this club or of our fans,” Bocanegra said last November.

Well the arrival of Heinze has done little to help their cause, even if he has actually been backed by certain players following his departure.

The Argentine is clearly prepared to live and die by the sword, without success though his spells in the dugout are set to be short lived.