The international break has satisfied the footballing needs of fans for the past two weeks but many will be itching to return to Premier League action. 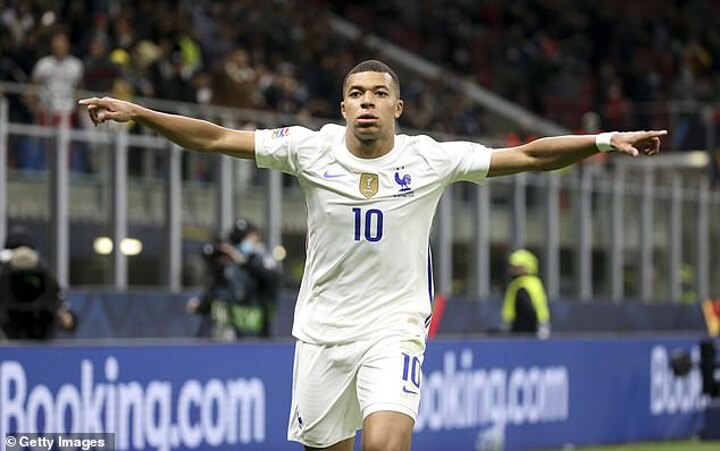 However, while some of football's elite from across Europe's top-tiers will be returning to their domestic settings brimming with confidence or even a medal around their neck, there are others who wish they could wipe the break from their memory.

Just look to a deflated Harry Kane, a sidelined Raphael Varane or even the entirety of Northern Ireland's squad.

While the likes of Kylian Mbappe and Timo Werner have enjoyed the highs of an international break, others have suffered through the lows.

Sportsmail takes a look back over the last few weeks of football to determine the ultimate winners and losers of the international break...

Chelsea's ranks dominated the scoresheet during the international break. Romelu Lukaku, Kia Havertz, Timo Werner and Ben Chilwell all represented the north London Blues by finding the back of the net.

Werner in particular played a pivotal role in his country's success over the break as his brace against North Macedonia helped Germany to become the first team to qualify for the World Cup in Qatar.

After failing to find the net at all during Euro 2020 before crashing out in the last-16, the German will now be returning to Stamford Bridge with his confidence renewed. 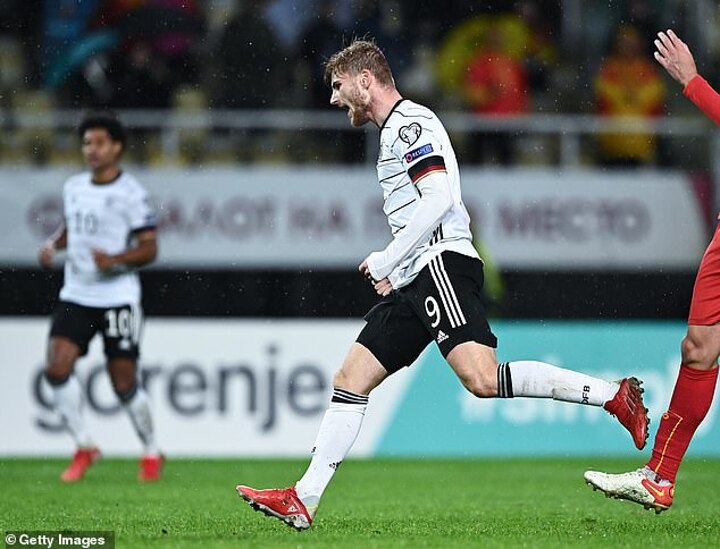 For once the international break actually did a Premier League manager a favour as it provided Thomas Tuchel an injury boost, rather than blow.

Chelsea's ranks have been bolstered ahead of the league's return this weekend as N'Golo Kante returned to training after he missed the Blues' fixtures against Juventus and Southampton due to a positive Covid-19 test.

Meanwhile, Reece James withdrew from the England squad with an ankle injury he sustained against Manchester City. But the right back used the break to recover and returned to full training at Cobham earlier this week.

The timely boost could give Chelsea an edge over their title race rivals as both Liverpool and Manchester United have suffered injury blows over the break.

Cristiano Ronaldo once again dominated headlines - and the pitch - as his attacking prowess rocketed Portugal to a 5-0 win over Luxembourg.

The striker netted his tenth hat-trick for his country - the 58th in his career -  through two strikes from the spot and a header as Portugal strolled to the convincing win.

The victory also ensured that Fernando Santos's side remain just one point behind Group A leaders Serbia with a superior goal difference and a game in hand which means we could see Ronaldo head to his fifth World Cup. 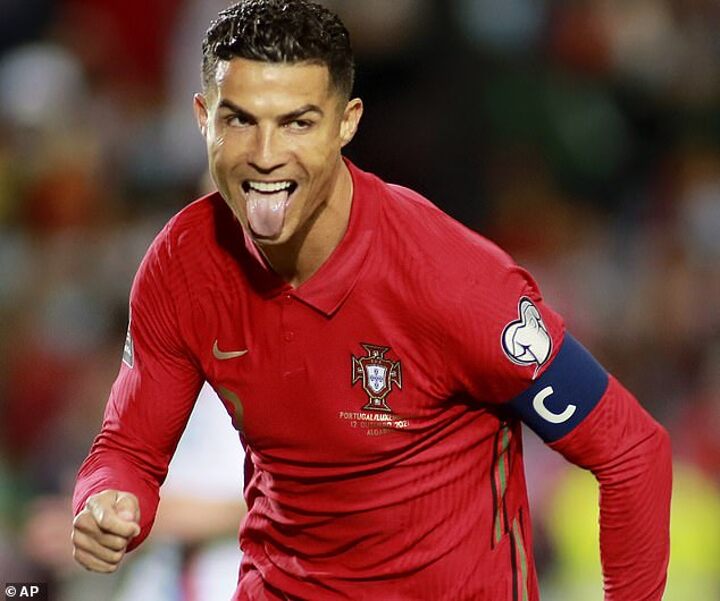 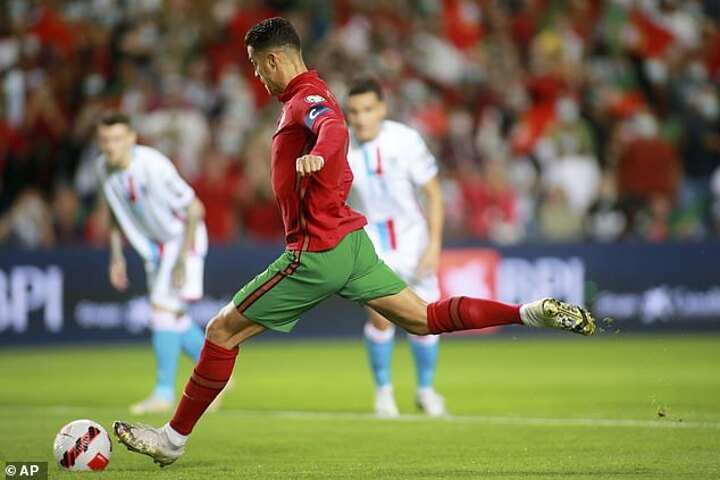 The Scots have the play-offs in their sights and they have Lyndon Dykes to thank for it.

Dykes rescued Scotland with a dramatic last gasp winner to spare Steve Clarke's side's blushes as their game against minnows the Faroe Islands headed into the final four minutes of normal time goalless.

The QPR striker’s untidy 86th minute goal made him the first player since Colin Stein in 1969 to score in four consecutive national team games. 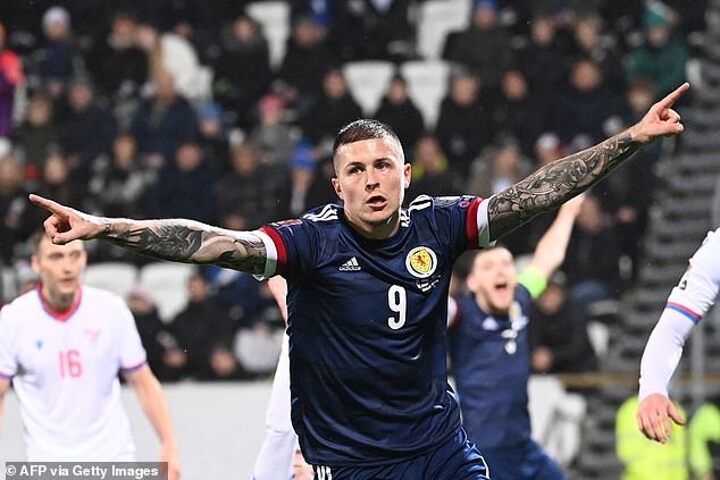 Dykes had to wait through an anxious VAR check before confirmation of his much-needed strike salvaged a poor overall performance from Clarke’s side in Torshavn.

The three points were vital for Scotland who now need full points from their final Group F games next month against makeweights Moldova and runaway group winners Denmark to make the playoffs- and the chance to make their first world cup since 1998.

It was an international break of redemption for Kylian Mbappe.

After a summer of speculation that saw Real Madrid willing to move mountains to bring him to the Santiago Bernabeu, the PSG starlet has had a stuttering start to the season.

Despite netting the net four times so far this term, the 22-year-old has failed to form a lethal attacking trident alongside Lionel Messi and Neymar - even calling the Brazilian a 'tramp' after he didn't pass to him. 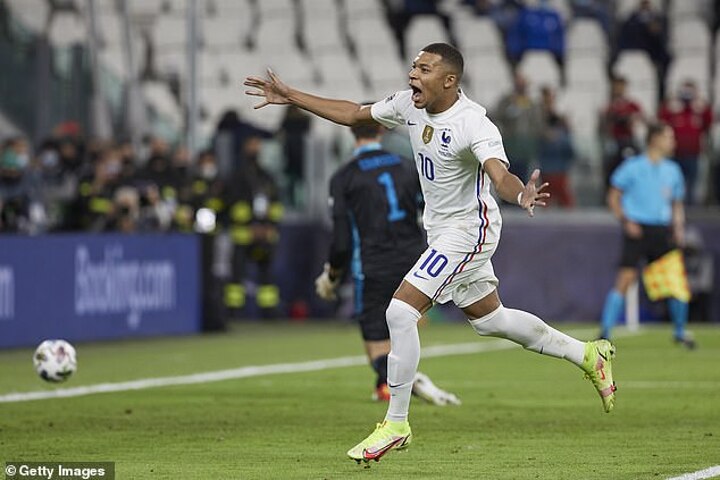 Mbappe had also recently expressed doubts over playing for France after Didier Deschamps's side crashed out of this summer's Euros in a shock last-16 exit to Switzerland.

The forward was heavily criticised for his involvement in the tournament in June, failing to find the net once before missing the crucial spot kick in their knockout defeat.

But the Frenchman has redeemed himself by helping Les Bleus to the Nations League crown after netting the decisive goal in their 2-1 win over Spain - albeit in controversial fashion.

Mbappe also provided the assist for Karim Benzema's equaliser which sees the PSG striker assist his countryman in four of his last five games for France.

Mbappe will now return to the French capital with a medal round his neck and in firing form, if that's not the confidence boost he needs to finally kickstart his campaign for PSG, what will be? 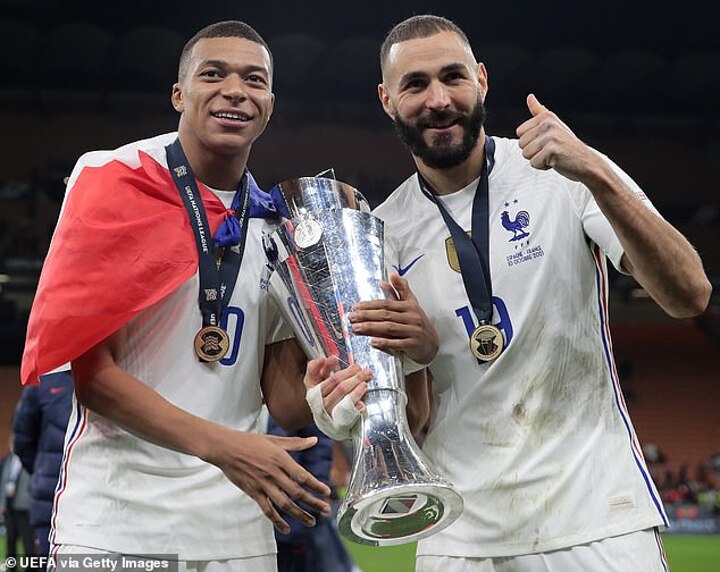 Although Spain left the Nations League final as losers, Ferran Torres returns to the Etihad a winner.

The 21-year-old's finishing quality was on display once again during international duty as he netted a brace in the Nations League semi-final against Italy to send his side through to the showdown with France.

Torres's lethal execution on the international stage sent a message back to Pep Guardiola that the young Spaniard is his best option to call upon as an out-and-out striker this season. 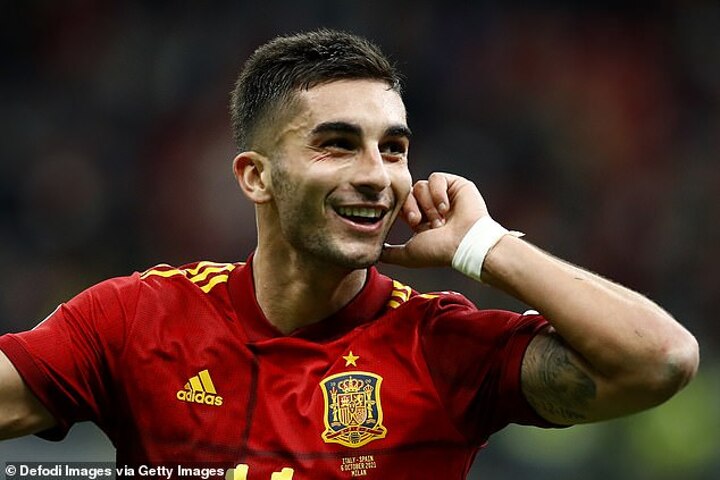 The former Valencia star has bagged 12 goals through 21 outings for Spain and has managed 16 goals through 43 appearances, including a Premier League hat-trick, in his Citizens career, giving Guardiola a flavour of the attacking achievements he can reach.

But Man City fans were left with their hearts in their mouths as the Spaniard limped off five minutes into the second half of the semi-final.

Thanks to Luis Enrique's sensible approach, however, Torres did not train with the rest of the Spain team as a precaution ahead of the final versus France and was deemed fit enough to start in La Seleccion.

Jurgen Klopp was already facing woes ahead of Liverpool's Premier League fixture against Watford this weekend but Diogo Jota has only compounded that headache for the Reds boss.

The forward was sent home early from international duty with a slight knock after missing Portugal's 3-0 friendly victory over Qatar last weekend.

The news puts the 24-year-old's involvement in Liverpool's trip to Vicarage Road at risk as he has not played a single minute for Portugal over the international break. 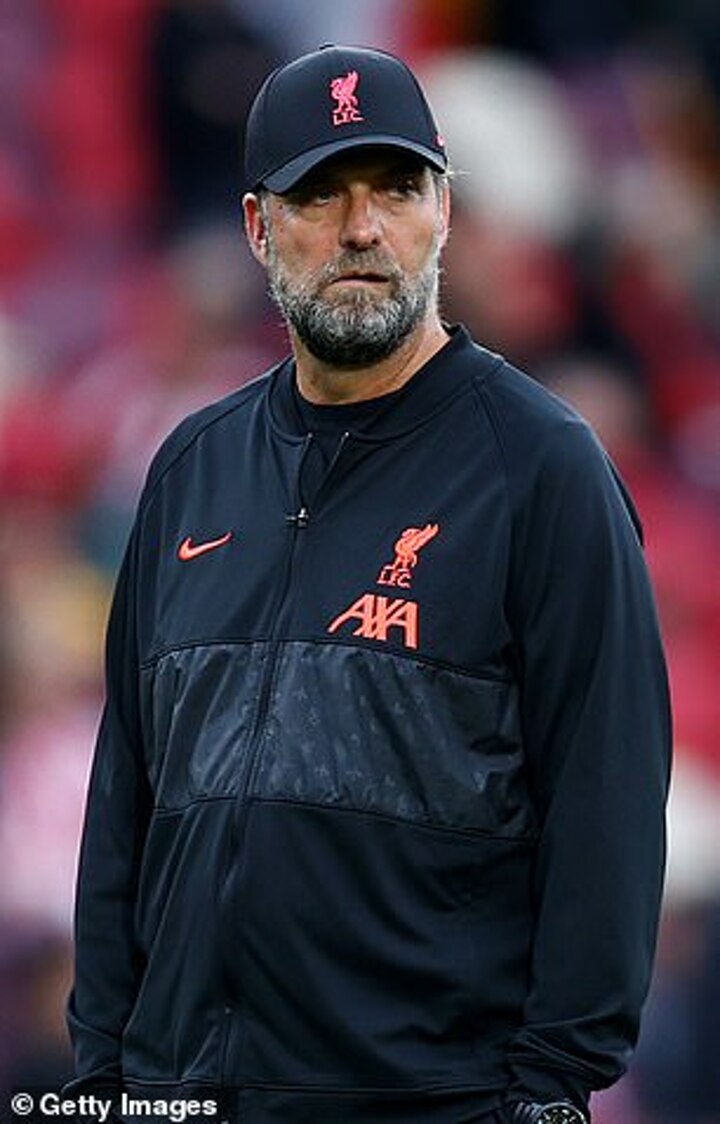 Jota has been a focal point for Jurgen Klopp's side this season, replacing Roberto Firmino as the No 9 in Liverpool's star-studded attack, and has started six of their seven league matches.

Liverpool will miss the 24-year-old as he has notched three goals in nine matches in all competitions as the Reds have made a promising start to the 2021-22 campaign.

There is also a risk that Klopp could face Watford on Saturday without Alisson and Fabinho as they are unlikely to return from Brazil duty until after the early hours of Friday morning.

With Trent Alexander-Arnold and Thiago still doubts after being sidelined with injury, Liverpool's squad is beginning to look a bit threadbare once again. 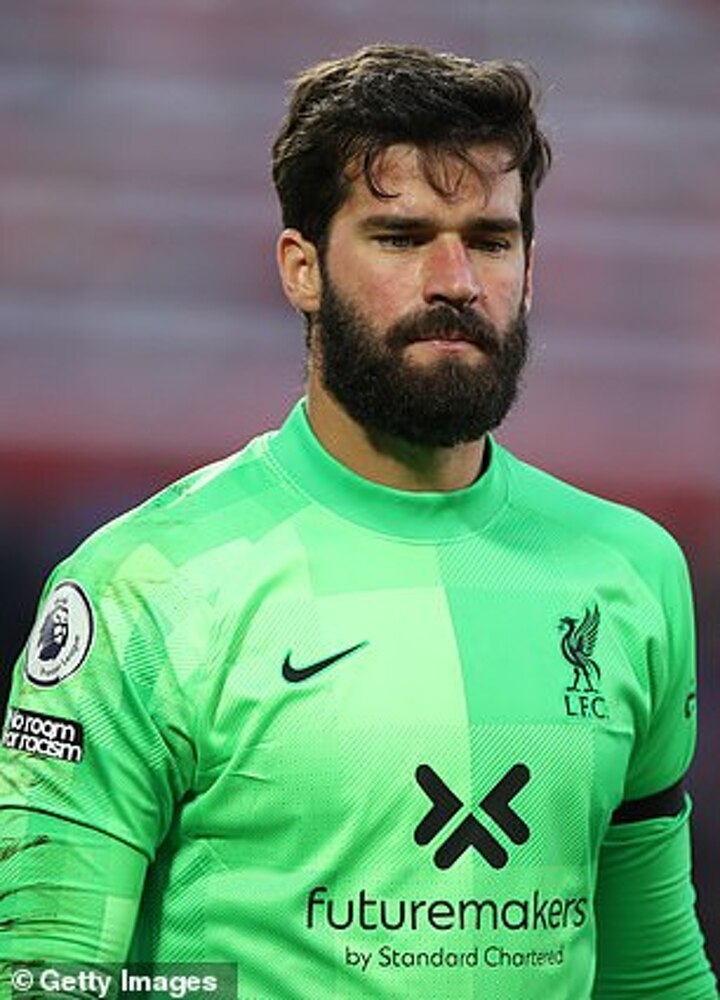 Harry Kane is yet to score in the Premier League this season and his drought continued to haunt him while on international duty too.

Even when he has found the net in England's recent games, the goals have come in lethargic performances.

And the uninspiring displays continued at Wembley as the Tottenham striker looked to be struggling once again in Gareth Southgate's side. 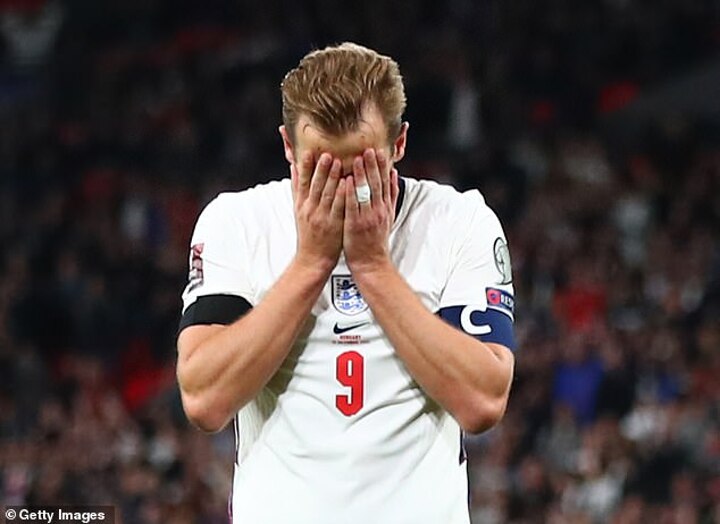 Kane was largely anonymous on Tuesday evening as England laboured to a poor 1-1 draw at home to Hungary.

The Three Lions captain barely had a clear cut chance, before being substituted 14 minutes from the end a few seconds after slicing a poor effort wide.

Kane managed just 12 completed passes and a game-low 21 touches - the only player to have fewer was Jordan Pickford. 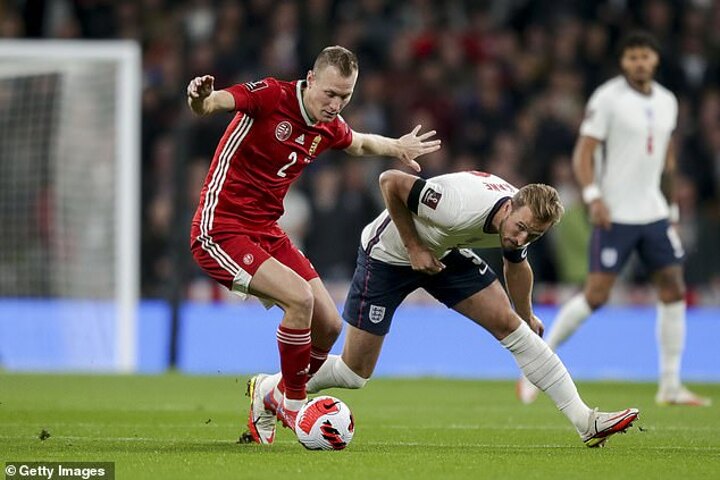 The 28-year-old headed into the world cup qualifier with the chance to equal Wayne Rooney's record for competitive England goals but he never came close to levelling the Derby boss as he managed just one shot all night - rather damning given England were chasing an equaliser then a winner.

If Kane was hoping to kickstart the inpour of goals on international duty, he will return to Tottenham bitterly disappointed with his confidence knocked back once again.

The defender will be out of action for a 'few weeks' after sustaining a groin injury on France duty. Varane picked up the injury during Les Bleus' Nations League final victory over Spain.

Man United have now been lurched into an injury nightmare as they face a crucial run of fixtures without the Frenchman. 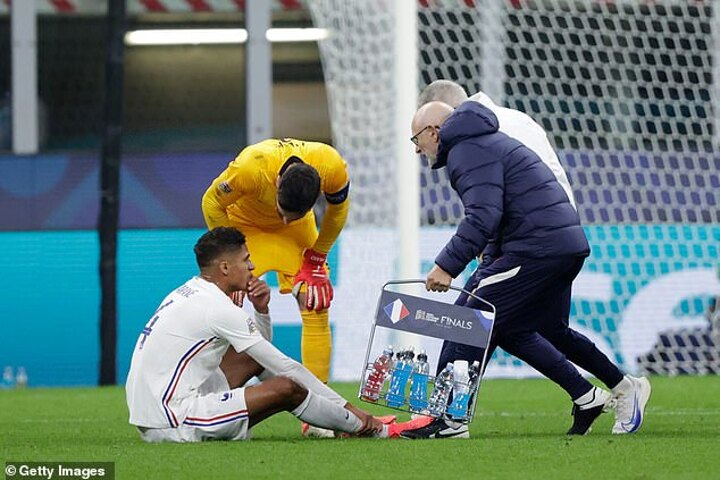 Solskjaer's side have to tackle Leicester, Liverpool, Tottenham and Manchester City, as well as a Champions League double header with Atalanta in the space of three weeks.

Varane's injury lay-off could not have come at a worst time for the United boss with the centre-back's defensive partner Harry Maguire still sidelined with an ankle injury that ruled him out of their last two games and England duty.

If Maguire fails to be fit in time for Saturday's trip to Leicester, Solskjaer will be forced to play Eric Bailly alongside Victor Lindelof. 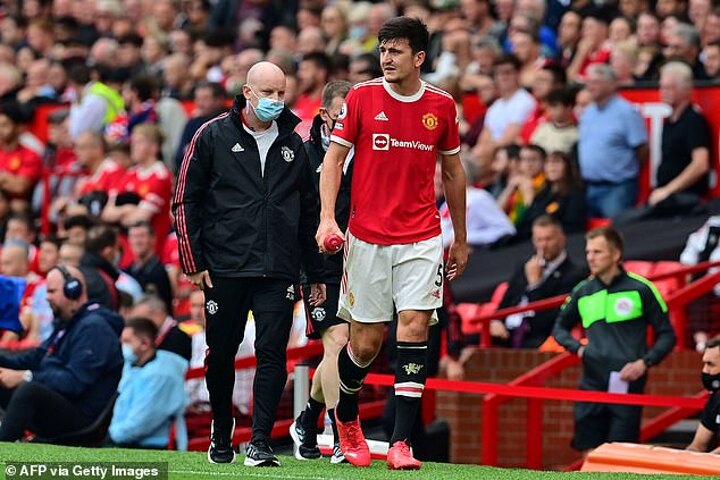 Northern Ireland's slim hopes for World Cup qualification were extinguished with a whimper as they suffered a 2-1 defeat to Bulgaria.

Ian Baraclough's side already needed a miraculous run of results after losing 2-0 to Switzerland but two strikes from Todor Nedelev rained on their parade and secured the win for the hosts in Sofia.

Northern Ireland headed into the game simply needing a win to keep any chance of progressing from Group C and the vital result was very much on the table in the first half. 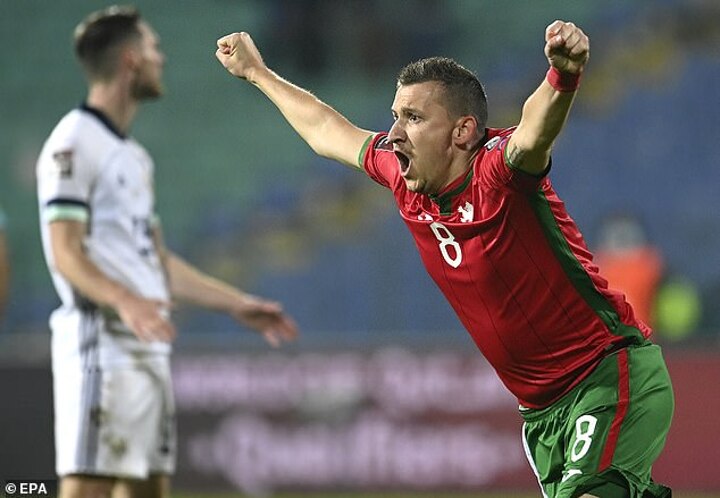 Baraclough's men dominated the first-half and a Conor Washington goal handed the visitors the lead ten minutes before half-time.

But Northern Ireland fell at the final hurdle with an abysmal second-half display as they fell apart to a resurgent Bulgaria.

Northern Ireland will be left bitterly disappointed by the way they allowed the game to get away from them and let Nedelev find the net twice to sink them to defeat.

The only bright spark to their second-half display was Liverpool teenager Conor Bradley who impressed down the right on his full international debut.

Inevitably, a victory in Sofia would not have been enough to see them through anyway as a comfortable 2-0 win for the Swiss in Lithuania would have made it virtually impossible. 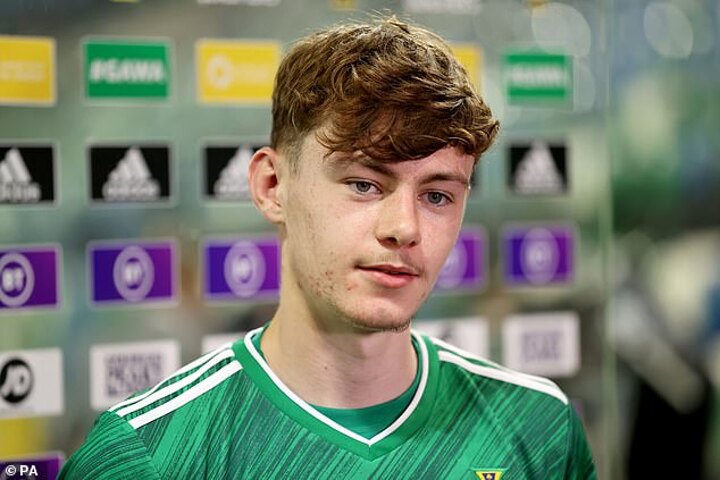 Adrien Rabiot could have won the Nations League final with France on Sunday but inevitably Covid curtailed that ambition.

The France midfielder was ruled out of the Sunday showdown with Spain after testing positive for Covid-19.

The 26-year-old was forced into self-isolation and could not travel to Milan for the final.

The upset continues for the Frenchman who will also miss Juventus's Serie A clash with Roma at the weekend.

This international break could have been a highlight of the season for Rabiot but instead he had to watch on from isolation as his Les Bleus team-mates enjoyed the celebrations. 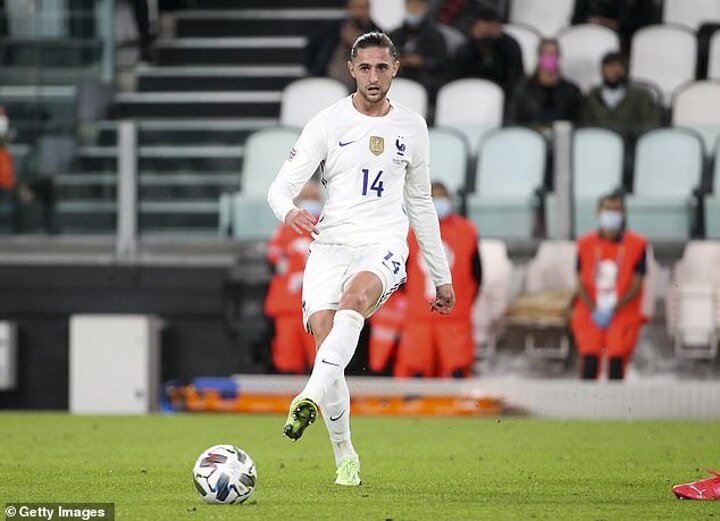