According to Sport, Jorge Mendes has offered Cristiano Ronaldo a proposal to sign for Juventus next season. 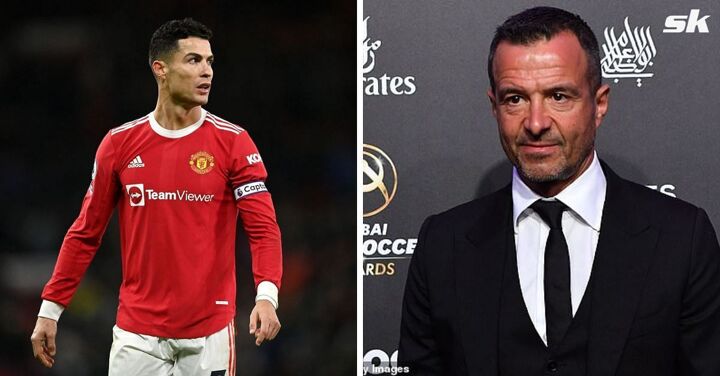 Cristiano Ronaldo secured a dream homecoming for Manchester United at the start of last season. Although the season itself did not go to plan for the club, the Portuguese was in commanding form. He scored 24 goals and provided three assists in 39 games across all competitions.

Ronaldo joined the Red Devils after spending four seasons at Juventus. He scored 101 goals in 134 appearances and the Italian club have not ruled out a return for the player. Juventus are reportedly looking into the prospect of signing Neymar, who coach Massimiliano Allegri believes can raise the level of the team.

The club is also interested in the likes of Paul Pogba and Angel Di Maria. However, both Neymar and Ronaldo would have to incur considerable pay cuts if they were to move to Turin this summer.

At the age of 37, the legendary forward cannot be expected to carry teams on his own with stellar performances. Ronaldo needed regular rest over the past season and it will be interesting to see what kind of role he gets under Erik ten Hag.

Currently, the Red Devils have stagnated in the transfer market and have not made a lot of progress in signing their targets.

As things stand, United only have Cristiano Ronaldo and Marcus Rashford as the two senior strikers to count on next season. This is in addition to the multiple midfielders who have confirmed their departures this summer. In defence, the club has been linked with various centre-backs like Jurrien Timber and Matthijs de Ligt and might also require a right-back.

Ten Hag has a big job at hand as he aims to transform the tactical system of the team.

The gap between Manchester United and the top two English teams has only widened. Manchester City and Liverpool have signed Erling Haaland and Darwin Nunez respectively, and both players have the potential to take their club to even greater heights.

Cristiano Ronaldo’s decision with respect to his future might still play a big role in the kind of season the club has in the upcoming term. He is one of the few players in the United squad with experience of winning big titles and can be a key influence both on and off the field.