Juventus winger Juan Cuadrado has joined his fellow countrymen in lashing out after Union Magdalena won promotion to the Colombian first division with a highly suspect goal.

Magdalena visited Llaneros on Saturday and were trailing 1-0 until the 95th minute when they scored twice in two minutes, the first of which was netted by Ethan Gonzalez in the fifth minute of stoppage time.

Then in the second goal - scored a minute later - Llaneros players backed away from their opponents and appeared to allow them to find the net.

One defender allows a Magdalena forward to beat him in the area and makes no attempt to stop him before the player goes wide, with the Llaneros goalkeeper coming far from his goal and leaving it unattended.

The forward then squares for Jonathan Segura, who is allowed to stroll past two passive defenders and slot into the unguarded net.

Juventus winger Cuadrado - who began his career at Colombian outfit Independiente Medellin and has 106 caps for the national team - took to Twitter to express his dismay at the game, describing the goal as a 'lack of respect'.

His international team-mate Matheus Uribe, of Porto, replied by calling the goal 'an embarrassment for Colombian football'.

Neither of the clubs responded immediately to requests for comment, although Unión Magdalena tweeted the result was for 'those who think anything is possible'.

The Colombian football players' association has called for an investigation into the result, which meant that Magdalena were promoted at the expense of Fortaleza, who lost 2-1 at home to Bogota. 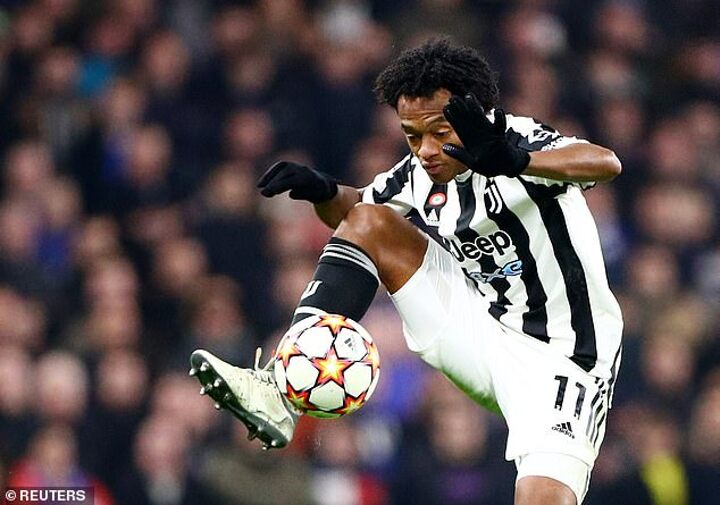 'Given the cloak of doubt that the result of the match between @ClubLlanerosFC and @UnionMagdalena has generated, we ask the disciplinary commission of the @Dimayor to carry out a rigorous investigation as soon as possible,' the professional footballers' association ACOLFUTPRO said in a tweet.

Fortaleza coach Nelson Florez broke down in tears at the post-match press conference. While admitting they had not done their part by winning, he nevertheless questioned the outcome.

'I am not ashamed to cry, because I feel robbed,' he said. 'We can lose, but not this way.'