Juventus have emerged as one of the destinations for Paris Saint-Germain (PSG) superstar Neymar as per SPORT. The Serie A giants are looking to add more quality to their squad ahead of the 2022-23 campaign and believe Neymar fits the bill. 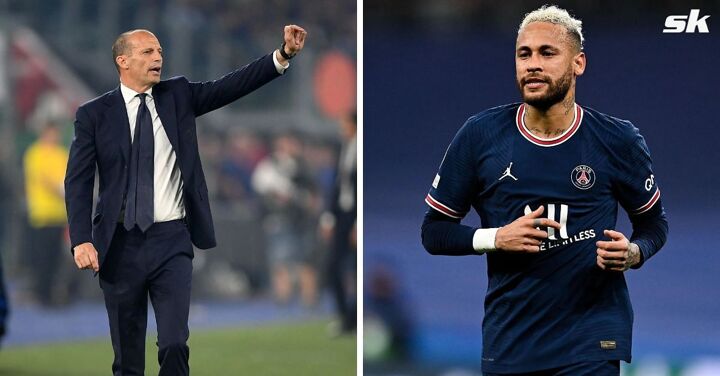 As per the aforementioned source, head coach Massimiliano Allegri has asked the Juventus board to bolster the squad. The Bianconeri have failed to lift the Scudetto two years in a row and are in dire need of a top-quality player in the final third.

Juventus have started evaluating the player following doubts surrounding the Brazilian's future at PSG. SPORT also reported that the 30-year-old was offered to Barcelona for €50 million.

Sportbible also reported that Neymar has been linked with Juventus, claiming that the Serie A giants are interested in signing the PSG forward on loan.

SPORT mentioned in their report that one of the biggest hurdles that PSG will face in offloading the player this summer is his hefty wage, roughly €71 million per year, as per Marca. Only a handful of clubs can afford to have the player on their payroll at the moment.

Nasser Al-Khelaifi spoke to Marca, L'Equipe and Gazetta dello Sport earlier this week. One of the talking points of his interview was his vision for the future of the club. He hinted that players deemed not part of the future will be allowed to leave PSG in the summer.

He said (via Fabrizio Romano):

“Our position is clear: players who are not part of the project have to leave this summer, there’s no other way.”

When asked whether Neymar was part of the project, he declined to speak, mentioning that it was a private matter between the club and the player. He said (via Marca):

The former Barcelona star's spell with the Ligue 1 giants has been marred by injuries. As per Footballtransfers, he missed 101 games for Les Parisiens due to injuries (as of February 2022).

While the player has been linked with a move away from the club, he has a clause in his contract that will automatically be triggered on July 1. This will extend his stay with the Paris-based outfit until 2027.

So, while the club may want him out, the player will be feeling no pressure at all regarding his future.