Juventus are set to play Lazio at the Allianz Stadium on Monday for their next Serie A fixture. 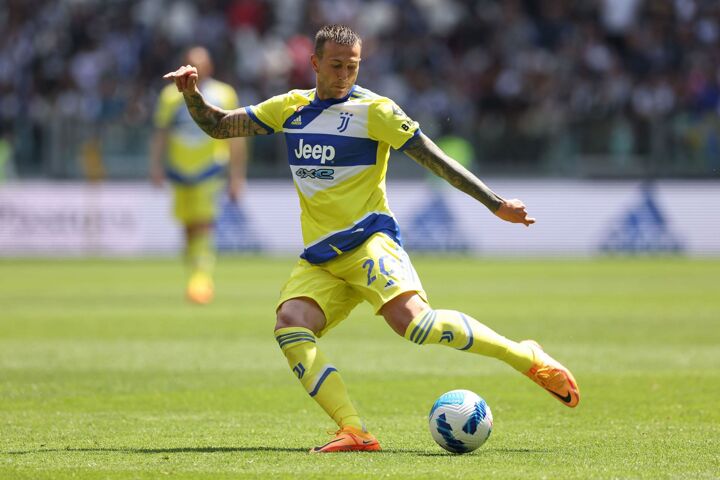 Juventus come into this game on the back of a 4-2 loss to Simone Inzaghi's Inter Milan in the final of the Coppa Italia. Goals from midfielder Nicolo Barella, Turkey international Hakan Calhanoglu and a brace from Croatian winger Ivan Perisic secured the win for Simone Inzaghi's Inter Milan. Brazilian left-back Alex Sandro and Serbian striker Dusan Vlahovic scored the two goals for Juventus.

Lazio, on the other hand, beat Marco Giampaolo's Sampdoria 2-0 in the league. Goals from Spanish centre-back Patric and Spanish forward Luis Alberto sealed the deal for Maurizio Sarri's Lazio.

In 39 head-to-head encounters between the two sides, Juventus hold the clear advantage. They have won 26 games, lost seven and drawn six.

The two clubs last faced each other last year in Serie A, with Juventus beating Lazio 2-0. A brace from experienced centre-back Leonardo Bonucci ensured victory for Juventus.

Juventus manager Massimiliano Allegri will be unable to call upon the services of winger Federico Chiesa and Brazilian striker Kaio Jorge, while there are doubts over the availability of American midfielder Weston McKennie and Brazilian full-back Danilo.

Meanwhile, Lazio could be without former Barcelona and Chelsea attacker and Spain international Pedro. Other than that there are no known issues and manager Maurizio Sarri is expected to have a fully fit squad at his disposal.

Juventus are 4th in the league. It has been a season of disappointments for the Italian giants, and manager Massimiliano Allegri has his work cut out for the summer. With the likes of Giorgio Chiellini, Alvaro Morata and Paulo Dybala all likely to leave the club, Juventus will have to do some restructuring and be active in the transfer market.

Lazio, on the other hand, are 5th in the league, seven points behind Juventus. Once again, their season has been powered by the goals of Ciro Immobile, while midfielder Sergej Milinkovic-Savic has been pivotal as well.

Juventus should edge past Lazio.