Franck Kessie's agent George Atangana has quashed reports that he offered his client to rivals Inter Milan as his future in AC Milan is undecided. 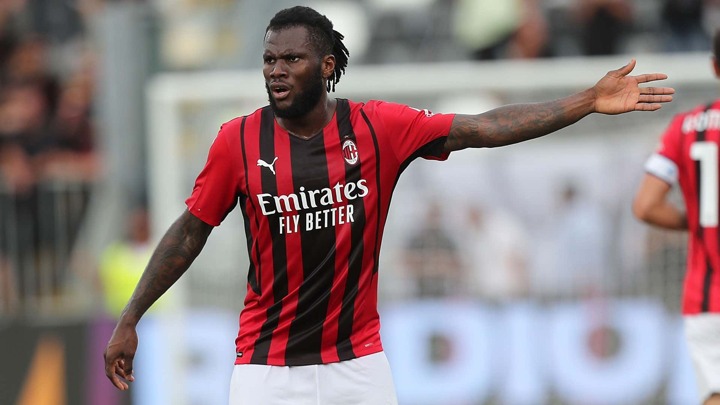 Kessie has been locked in contract renewal talks with the Rossoneri for the past few weeks but both parties are yet to find a common ground for agreement.

Atangana confirmed that AC Milan offered a new deal which they responded to, but the figures are far from the reported €6.5 million.

Kessie moved to Milan on an initial loan from Atalanta in June 2017 and it was later made permanent with the Ivory Coast international making himself a key player in Stefano Pioli's team.

"A footballer of Franck's calibre does not need to be proposed to anyone. And in any case, I've never talked to Inter," Atangana told Calciomercato.

"There was an official offer from the club and a request from the agent, but we are talking about figures very far from what you are referring to.

"For an important player, you always need a contract worthy of it."

Despite being in the early stages of the season, Kessie is reported to attracting interest from several clubs according to the media.

Meanwhile, the growing reports about that the combative midfielder's future has left his agent worried.

"We are at the gates of the eighth day of the championship and there is all this media confusion regarding the renewal of Kessie with Milan," Atangana continued.

"I don't seem to see the same approach towards negotiations similar to this one: there are players due at Inter, Marseille, Napoli, Moenchengladbach, Turin and other clubs, but they are not talking about them with the same energy.

"Some players who are due to expire, I thought I read, that Milan are also dealing with him."

After a 3-0 win over Malawi on October 8, the 24-year-old scored what turned out to be the match-winning goal in their 2-1 victory against the same team on Monday.