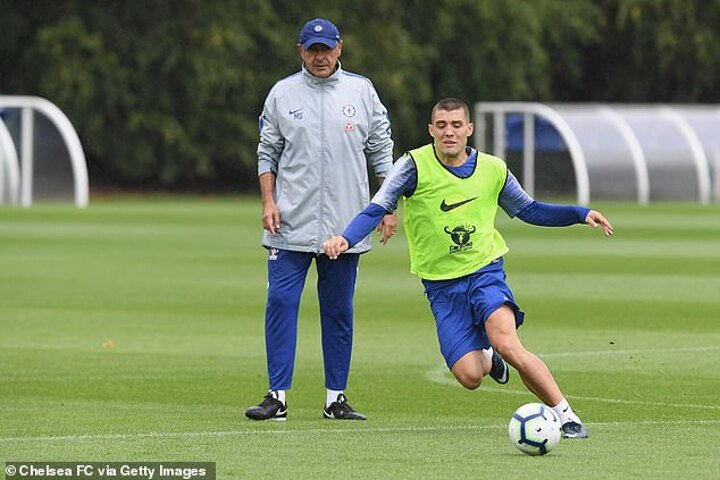 The Croatia international enjoyed a loan spell at Stamford Bridge from Real Madrid last campaign when Sarri was at the helm.

Kovacic joined the Blues on a permanent deal last summer and has praised the work of manager Frank Lampard.

'I came to Chelsea under Sarri, but I must say that Lampard is an exceptional manager. He has kept the character he had as a player in his personality as a coach, which has inspired all of us,' he told FourFourTwo.

'He commits himself with everything he's got. Training is always challenging and different from last season.

'That's probably the main difference between Lampard and Sarri, who made the concept of training quite monotonous. There were a lot of similar training sessions with a focus on tactical preparation.

'Zidane was similar to the way Frank Lampard is as a coach, and their approaches really suit me.'