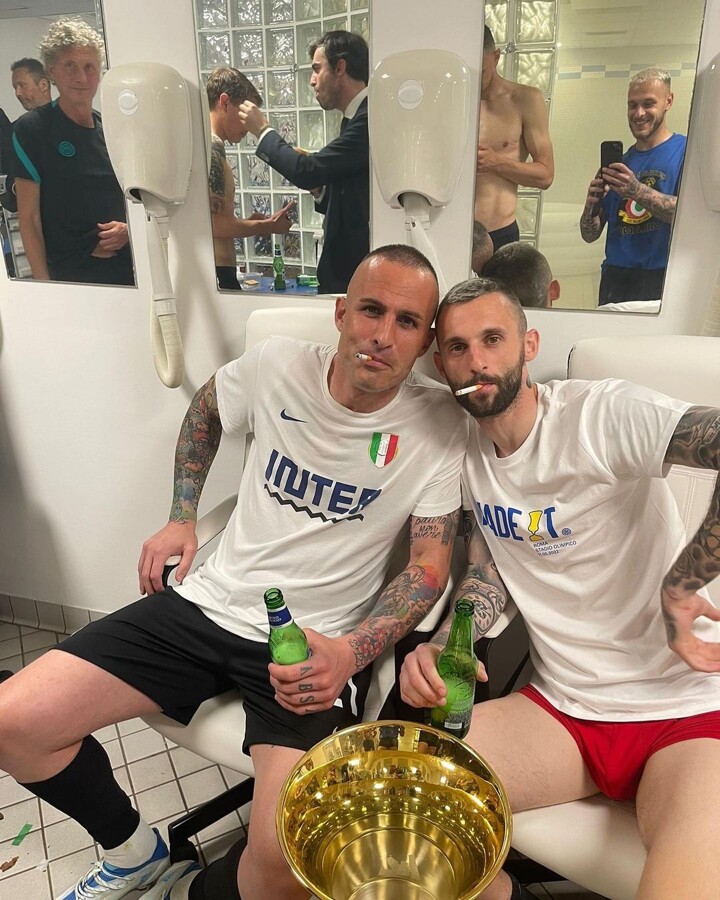 Celebrating the moment of glory, Brozovic posted a comfortable photo of him and goalkeeper Kordas smoking a beer: "We are the champions!" As we all know, the old Inter Milan player Nainggolan has always had the habit of smoking. Seeing such a scene, Nainggolan left a message: "But... do you smoke?" Brozovic responded to Nainggolan's surprise and question: "Sometimes."