Paul Merson suggested Kasper Schmeichel exploited the rules in his favour after Aston Villa had a goal controversially ruled out against Leicester City. 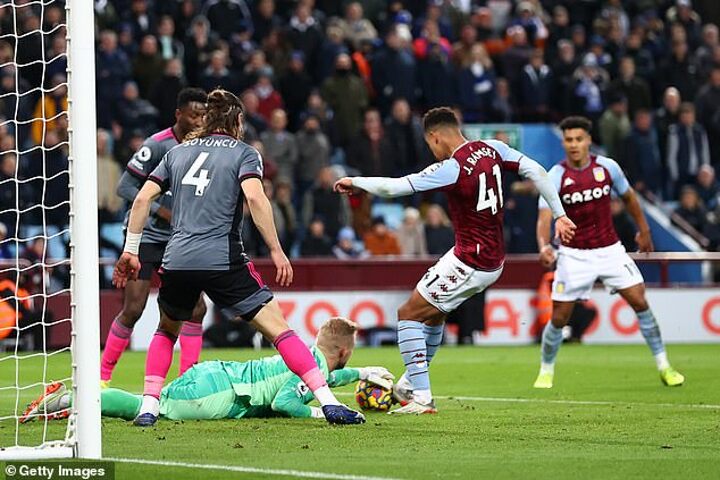 Jacob Ramsey looked to have put the home side ahead at Villa Park in the closing stages of the first half as he pounced on a loose ball Schmeichel had palmed into his path, before firing home.

Replays showed the Danish keeper's outstretched right hand was just over the ball as Ramsey struck it, but it was difficult to ascertain whether Schmeichel was in control of the ball.

According to Law 12 of the Laws of the Game as regulated by the International Football Association Board, ‘a goalkeeper is control of the ball if the ball is between the hands or between the hand and any surface'  such as the ground or his own body. 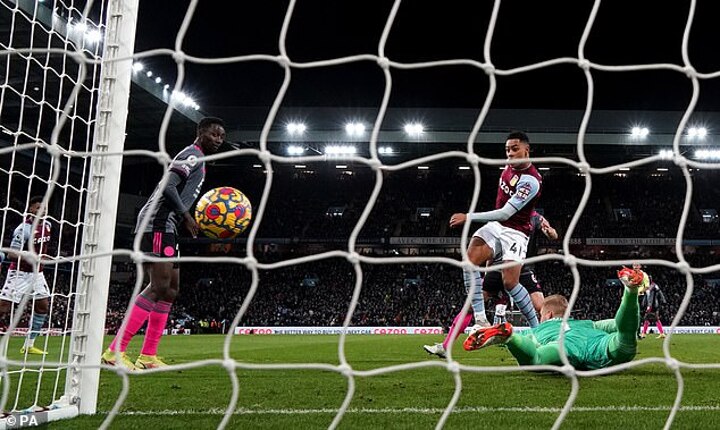 Speaking on Sky Sports at halftime, Merson hinted Schmeichel attempted to stretch his arm over the ball to draw a foul.

'I think the rule is terrible,' he said.

'I think Schmeichel knows the rules there. I think he's leaning over to put his hand on it. He doesn't try to pull it back. 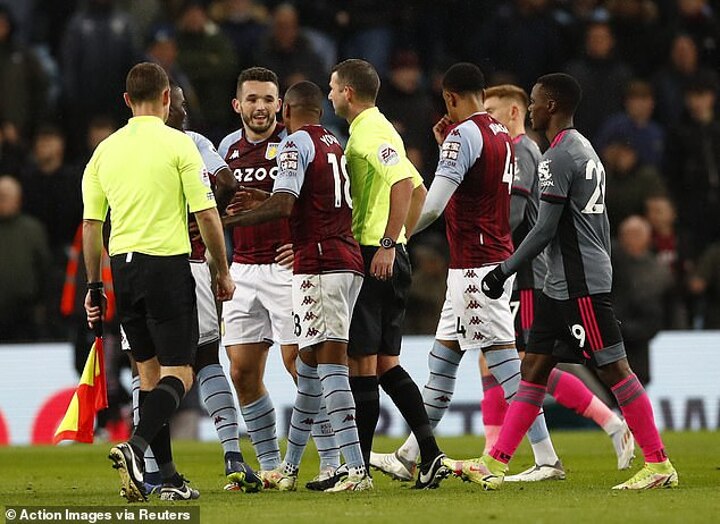 'He literally just dived to put one hand on it. I think it might be intelligent goalkeeping.'

Don Goodman, who was the co-commentator for the game, echoed his colleague's thoughts: 'Schmeichel is very fortunate and he will know that,' he said.

'I think the goal should stand but it's a rule that is open to interpretation.'