Scott McTominay has already been told what he must improve next at Manchester United. 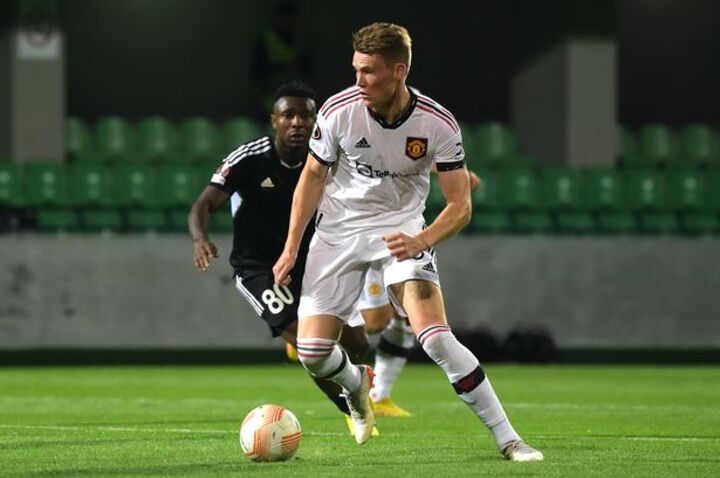 The 25-year-old has enjoyed an up-turn in form since the arrival of Erik ten Hag at Old Trafford. Playing in the holding midfield role, McTominay has managed to keep new signing Casemiro out of the team thanks to his impressive displays alongside Christian Eriksen.

United's central midfielder has also been impressing on the international stage recently. He played a starring role on Wednesday night as Scotland beat Ukraine 3-0 in the Nations League to top their group.

However, former Reds defender Rio Ferdinand has explained previously what McTominay must now add to his game in order to take another leap forward. Speaking in August when United were interested in Adrien Rabiot, Ferdinand made an admission regarding McTominay.

"There's no doubting that Rabiot is a seriously talented footballer," Ferdinand told Vibe with Five. "Great left foot, brilliant at carrying the ball and dribbling and taking the ball under pressure, can pass – very well over short distances especially.

"The position Man United probably see playing him is one of the holding players, or an eight. My biggest concern with that is that, if he's going to be an eight, he doesn’t score enough goals.

"I think McTominay has got more goals over the last couple of seasons than him and he doesn't get enough either. So will the fanbase be happy?"

McTominay has so far failed to get off the mark for United this season. Over the past three seasons, McTominay has scored nine Premier League goals and in the entirety of his senior career at the Theatre of Dreams, he has only managed to find the back of the net on 16 occasions.