Juventus coach Maurizio Sarri is unworried about Cristiano Ronaldo and Paulo Dybala getting tired – for now. 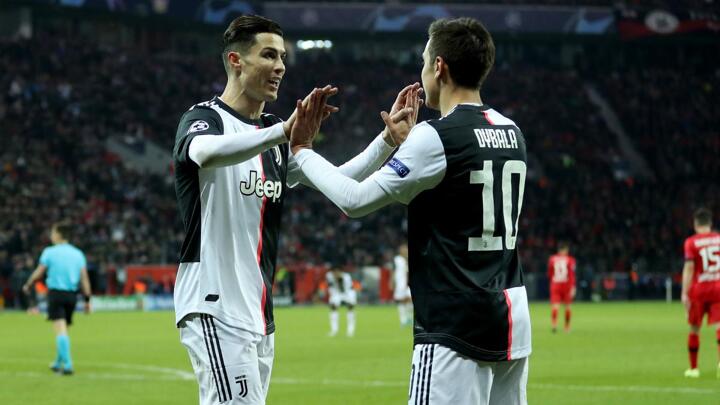 Maurizio Sarri believes Cristiano Ronaldo and Paulo Dybala can start against Genoa, but the Juventus coach is keen to avoid a "problem" going forward.

Ronaldo has played every minute of their four games since the coronavirus-enforced break, while Dybala has started each match.

Sarri said the pair were likely ready to start again, but he knows the star duo will need a rest at some stage.

"It's likely that they can start again [against Genoa]," he told a news conference.

"It's clear that if they play every game, in two or three matches we may have a problem, but I don't think there is any risk for them to suffer some sort of fatigue right now.

"In the long run though we need to have [Gonzalo] Higuain fit and able to play a large part of the game, this will become essential at some point."

With 10 games remaining in the Serie A season, Juventus hold a four-point lead atop the table.