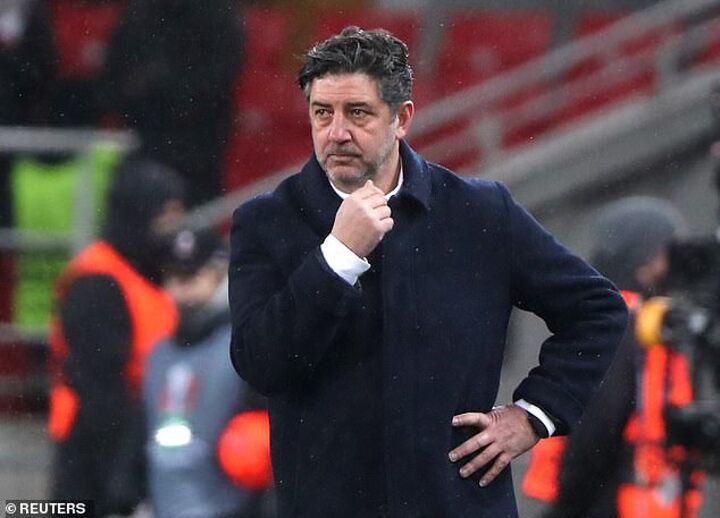 The Italian was fuming after the Serie A leaders suffered a 2-1 defeat in the Europa League on Wednesday night.

After the final whistle Vitoria walked over with hand outstretched and smiling, but Spalletti held up both hands to show he was well aware of the gesture and had no intention of participating.

It prompted a wry smile from the Spartak boss and Spalletti later defended his snub.

'He didn't salute me before the game. That is when you shake hands with the other coach, not at the end just because you won,' he told Sky.

Spartak boosted their hopes of reaching the Europa League knockout stages after two goals from striker Aleksandr Sobolev helped them to a 2-1 home win over Napoli in a Group C match played in driving snow on Wednesday.

Spartak top the group on seven points from five games, above Napoli on a better head-to-head record as they completed the double over the Serie A leaders having beaten them 3-2 in the reverse fixture. 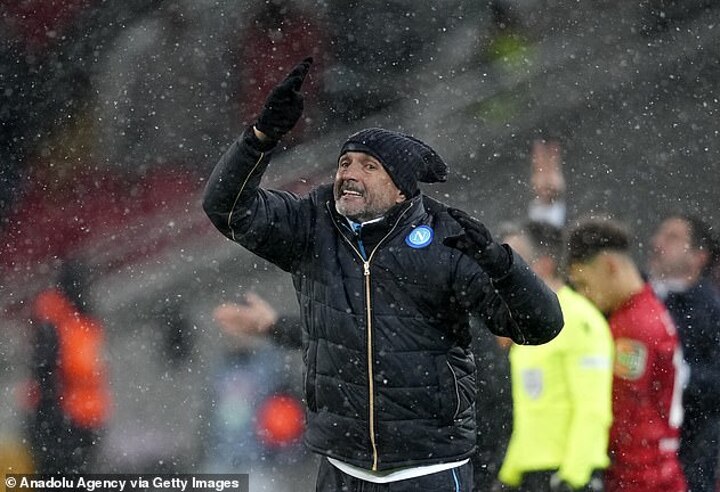 Sobolev fired Spartak ahead with a third-minute penalty and made it 2-0 with a far-post header in the 28th after goalkeeper Aleksandr Selikhov had denied Napoli with three superb stops.

Selikhov thwarted Eljif Elmas with a double save from close range and pawed away Piotr Zielinski's shot on the turn, having also kept out a fierce Dries Mertens effort early in the second half.

The keeper was powerless in the 64th minute when Elmas beat him with a downward header from six metres after Andrea Petagna chipped a perfect cross into the midfielder.

Livewire Elmas came close to grabbing a 90th-minute equaliser but Selikhov again came out on top as he clawed out his shot, with Spartak hanging on in stoppage time.