Liverpool defender Virgil van Dijk hit back at Piers Morgan at the Ballon d'Or award ceremony on Monday evening after making a joke about Cristiano Ronaldo.

Van Dijk, who finished in second-place to Lionel Messi but above Juventus superstar Ronaldo, asked a reporter if the forward 'was really a rival' in a tongue-in-cheek interview.

TV personality Morgan, however, tweeted the Liverpool centre-back to say: "No.. Cristiano is a far greater player, you're not in his league."

Van Dijk moved to politely shoot down Morgan with his response, saying: "Hi Piers, If you don't jump on the social media bandwagon and would listen to the whole interview then you would know I made a joke, and only got respect for those 2 [Messi included alongside Ronaldo]." 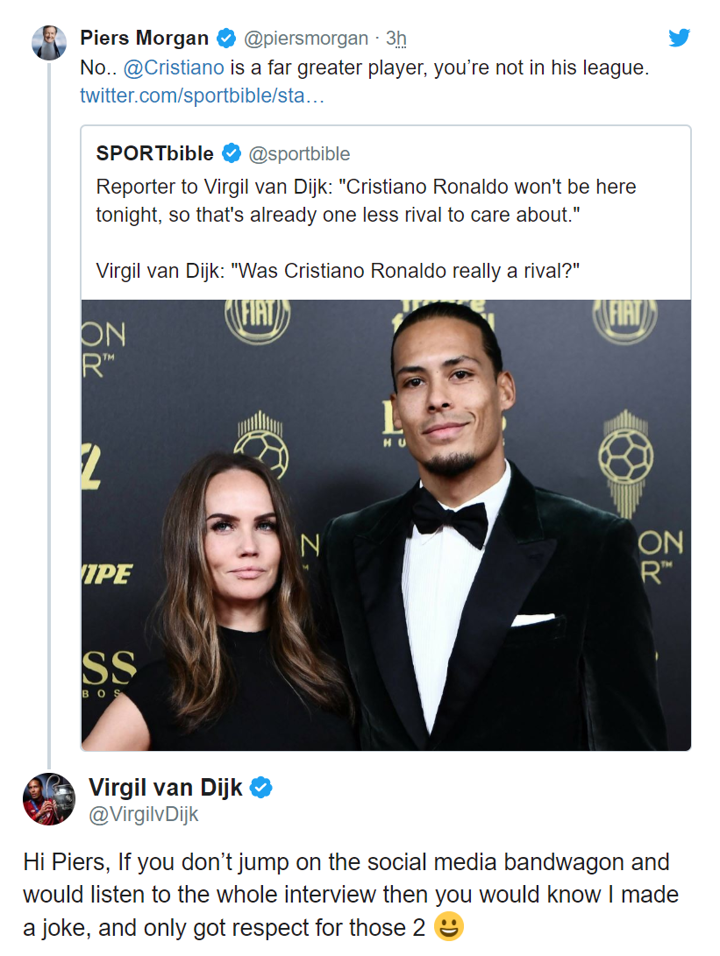