The 2020 European Championship is due to kick off on 11 June, having been delayed by a year because of the coronavirus pandemic. 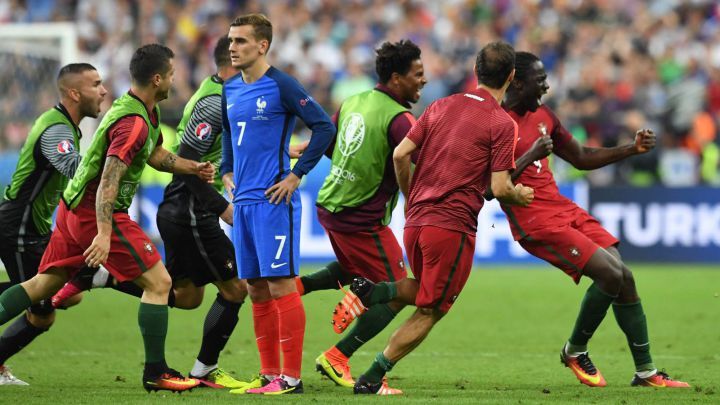 Portugal will defend their title at this summer’s delayed European Championship, having lifted the Henri Delaunay Trophy for the first time at Euro 2016.

Portugal crowned kings of Europe in 2016

The Portuguese stunned hosts and favourites France in the final five years ago, Eder’s goal handing Fernando Santos’ men a 1-0 extra-time victory in Paris despite their captain and star player, Cristiano Ronaldo, limping out of the game with a first-half injury.

After going off, Ronaldo could be seen urging his side on in a quasi-coaching role alongside Santos on the touchline, providing one of the Euros’ most iconic images.

One of just two survivors from the Portugal team that had lost the 2004 final on home soil - the other was Ricardo Carvalho, who was in the squad but didn't play against Les Bleus - Ronaldo's tears of joy at the final whistle contrasted with his tears of despair after being stunned by Greece 12 years earlier. 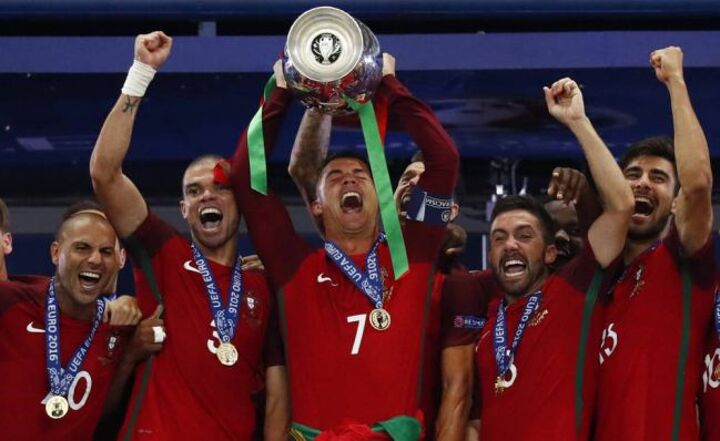 Which teams have won the most European Championships?

Had they beaten Portugal in 2016, France would have become the competition’s joint-most successful nation, joining Germany and Spain as three-time continental kings.

Competing as West Germany, Die Mannschaft first won the European Championship during its initial period as a four-team finals tournament, defeating the Soviet Union 3-0 in the 1972 final courtesy of a brace by Gerd Müller, either side of a goal by Herbert Wimmer,

The Germans then added a second continental crown in 1980, winning the Euros in its first year as an expanded, eight-team event with victory over Belgium in the trophy decider. Horst Hrubesch scored twice as Jupp Derwall’s men claimed a 2-1 triumph in Rome.

West Germany had also reached the final four years earlier, only to lose on penalties to Czechoslovakia in Belgrade. Famously, the Czechs’ winning spot-kick was an effort cheekily dinked down the middle by Antonin Panenka, whose name is now used to refer to such a penalty.

After reunification, Germany were runners-up in the Euros for a second time in 1992, slipping to a shock final defeat to outsiders Denmark as Kim Vilfort and John Jensen secured a 2-0 triumph for a side that had not originally qualified for the finals. The Danes only made it to Sweden after Yugoslavia were disqualified following the outbreak of civil war in the country. 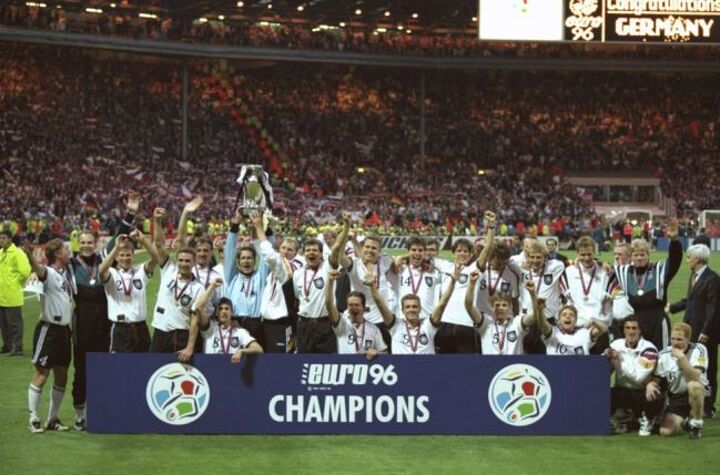 Germany have since made it to one more European Championship final, in 2008, losing to Spain in Vienna. 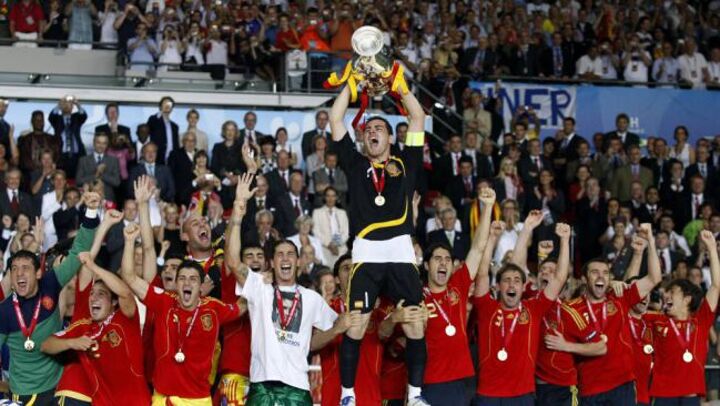 That Euros win for Spain 13 years ago was their second title, and arrived over four decades after their first.

In 1964, in the second edition of a competition still known at the time by its original name - the European Nations' Cup - Marcelino’s late header gave La Roja a 2-1 victory over the Soviet Union in the final in Madrid, after Galimzyan Khusainov had cancelled out Jesús María Piñeda’s opener for the hosts.

The win over the Soviets came four years after the Spaniards were disqualified from the inaugural Euros because Spain’s far-right dictator, General Franco, refused to allow the team to travel to the communist USSR to face the Russians.

Spain later lost to France in the 1984 final, before in 2008 a side featuring Iker Casillas, Xavi, Andrés Iniesta et al bagged the first of three straight major tournament wins with a 1-0 triumph over Germany, Fernando Torres grabbing the final's only goal.

After going on to lift the World Cup in South Africa in 2010, Spain retained their European title in 2012, thrashing Italy 4-0 in a memorable final performance in Kiev.