Zlatan Ibrahimovic insists AC Milan can challenge for the Serie A title after their victory in the derby against Inter on Saturday night. 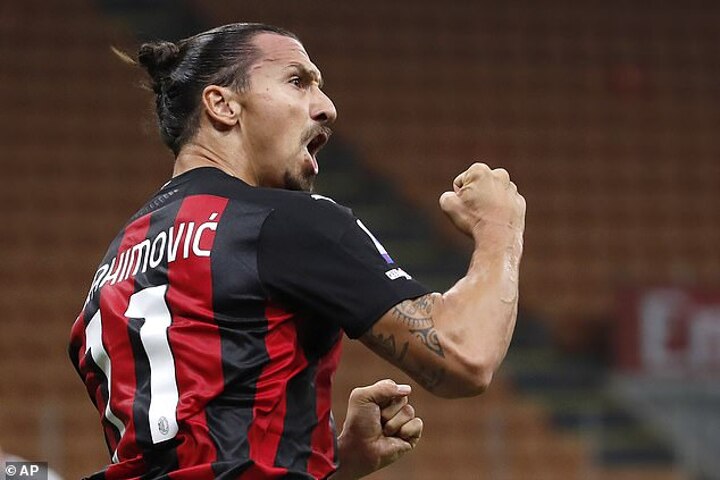 The Swede's first-half double, following his positive coronavirus test, was enough for Milan to secure their first city derby victory in the league in over four years.

And Ibrahimovic, who only committed to another year in Italy recently after his spell at LA Galaxy, was full of belief that Milan could have a season to remember following such a significant victory at the San Siro. 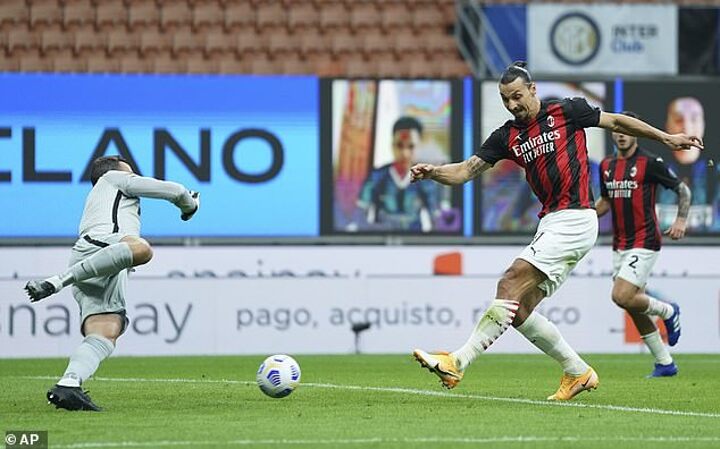 'Milan hadn't won the derby in four years, I was stuck at home for two weeks, so I was hungry and it showed,' Ibrahimovic told Sky Sport Italia.

'I lost my sense of taste a little bit, but I had a swab every three days and nobody was going to stop me playing the derby.'

'I'm disappointed that the penalty was saved, but the important thing is that the team won. I am the oldest in the squad, I feel a lot of responsibility and I like that feeling, as they all follow my lead and are hungry to win.'

Ibrahimovic added that he knew he could return to his peak level despite his COVID test and his willingness to continue playing at the top level at 39.

'I know my level. After the injury, I went to America in order to feel alive. I told Jose Mourinho at Manchester United that I wasn't ready and didn't want to be a disappointment, so I went to America.

'Mino Raiola told me to return to Europe, they told me Milan needed me, so I came. I feel like a more complete player now than I was 10 years ago.

'If I had the fitness levels I did 10 years ago, nobody would stop me. Mind you, they can't stop me now either.

'I train hard, I play with experience and teammates who are ready to help out. I won't accept them taking their foot off the gas, in training or in a match. We must always train at 200 per cent.'

'We are taking it one game at a time. When I arrived, the objective was qualifying for Europe and we did it. I do think the Scudetto is a possibility, because if you believe, then you can achieve anything. There's a long way to go, though.'