Zlatan Ibrahimovic has blasted Manchester United's "small club mentality" over the exit of Wayne Rooney from the club. 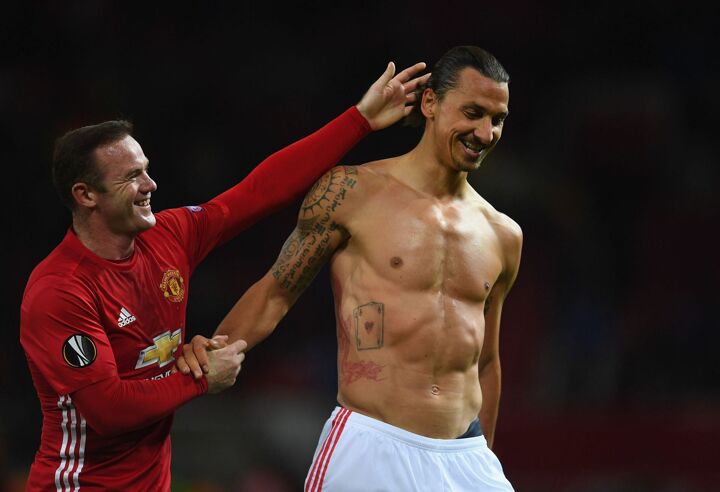 Rooney spent 13 years at the club, winning every trophy on offer at Old Trafford. He went on to score 253 goals for the Red Devils and left Manchester United as their all-time leading scorer.

However, Rooney's exit from the club has now been criticized by Ibrahimovic, who spent two seasons at United. He was present at the club when Manchester United parted ways with the Englishman.

Ibrahimovic is set to release his new book 'Adrenaline: My Untold Stories' next year. One unreleased excerpt from the book quoted how Zlatan found United's behavior over the Rooney incident to be 'inexcusable'.

Zlatan went on to describe how Manchester United removed his name from the locker room immediately after his exit. He felt it was almost as if Rooney never existed at the club. Citing the incident as a poor display of respect, Ibrahimovic branded Manchester United as 'a small club'.

The 40-year-old is currently playing for AC Milan, who are at the top of the table after Matchday 16. He will be hoping to get his hands on the Serie A table to add to his impressive silverware collection. Meanwhile, Rooney is currently manager of Derby County in the Championship.

When asked about the poor performances under Solskjaer, Rooney said:

"I was so disappointed watching that game (Watford). As a manager you know you can set the team up, prepare, shape them but there is no excuse for some of their performances. I’ve seen players waving their arms around, giving the ball away, blaming other people. It’s not acceptable. I’d be very angry if that was my team doing that if it was my players."

"When you look at a club like Manchester United it is one, if not the, biggest club. Those players are in a privileged position to play for them. In my opinion, with the players they have, they have to show more."

Rooney went on to say:

"I’m not saying they have to win the league or the Champions League, they just have to do more, show the fans they are working and playing for the club. That is the least you expect as a fan. Results may vary but you have to at least be willing to put the effort in."

Manchester United will hope to get back to winning silverware under new interim boss Rangnick.