When a footballer signs a contract with a club, the player is obligated to stay there for a mutually agreed-upon number of years. If another club wish to buy the footballer while he is contractually bound to another club, the two clubs generally negotiate over a transfer fee. 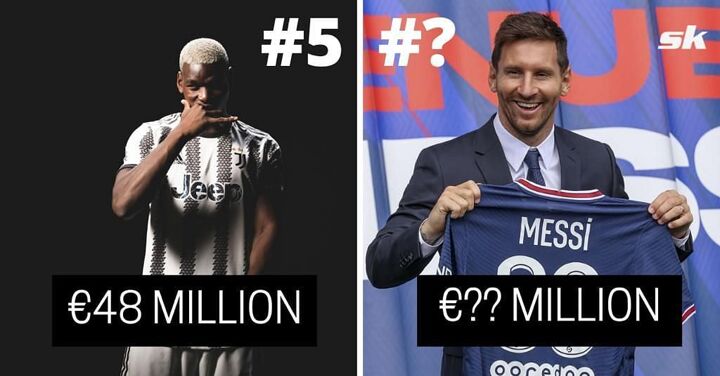 Once the two clubs find middle ground, the interested buyer is free to negotiate directly with the player over personal terms, such as salary, length of the contract, and more.

A player becomes a free agent after he completely runs down his contract with a club. This is a dream scenario for buying clubs and often the players as well. Interested parties save millions in transfer fees, and the player stands the chance to add a portion of the funds to his salary.

Football has seen its fair share of high-profile free agents, players who are still very much in form but have run down their contracts for one reason or another.

Today, we will take a look at five world-class players who have swapped shirts for free.

Here are the most valuable free transfers of the 21st century: 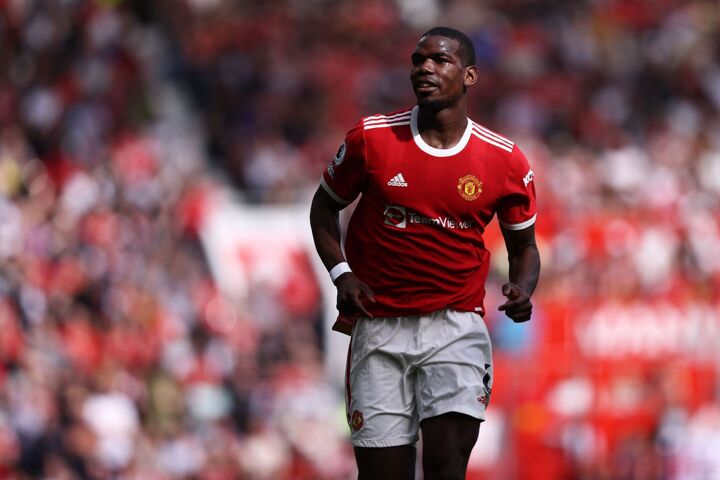 Paul Pogba is widely hailed as one of the most talented midfielders of his generation. Unfortunately, it did not quite work out for him at Manchester United. Over the course of his career, he left the Red Devils twice as a free agent, joining Juventus on both occasions.

Pogba first joined Juventus on a free transfer in August 2012, when he was valued at €3.5 million. Over the next four years, he proved himself to be one of the best midfielders in the world.

The Frenchman pitched in with 34 goals and 40 assists in 178 games across competitions for the Turin-based club. He helped Juve win four Serie A titles and two Italian Cups, amongst other honors.

Impressed with his work, United brought him back for a club-record €105 million fee in the summer of 2016. Between the 2016-17 and 2021-22 seasons, the France international impressed in bits and pieces, but never came close to justifying his sky-high billing.

After failing to reach terms for an extension with United, Pogba, currently valued at €48 million, has rejoined Juventus once again as a free agent.

In his second spell at Old Trafford, the 2018 World Cup winner played 226 games in total, recording 39 goals and 51 assists. 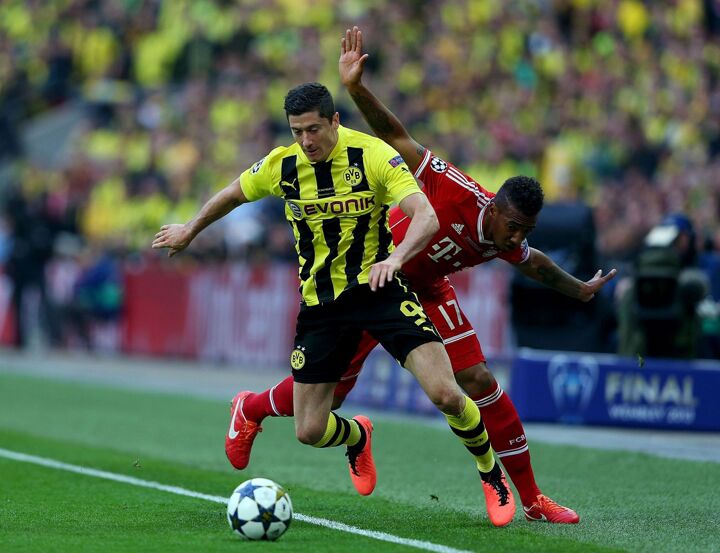 Under the brilliant Jurgen Klopp, Robert Lewandowski found his footing in the Bundesliga with Borussia Dortmund.

Joining BVB from Lech Poznan in the summer of 2010, Lewandowski helped the German outfit to consecutive Bundesliga titles in his first two seasons at the club.

He scored 30 goals and provided 13 assists in 67 league appearances in those two seasons. Lewandowski remained at Dortmund for two more seasons, scoring 71 goals in 103 appearances across competitions.

At the end of his contract, Lewandowski joined Dortmund’s arch-rivals Bayern Munich as a free agent in 2014. The Poland international was valued at €50 million at the time of the transfer.

At Bayern, he has taken his goalscoring a couple of notches higher, bagging a whopping 344 goals in 375 appearances across competitions. His brilliant goals have helped the club to eight consecutive Bundesliga titles and a Champions League, amongst other honors.

The Pole’s current contract with the Bavarians runs out in 2023, with Barcelona interested in signing him this summer (via Fabrizio Romano). 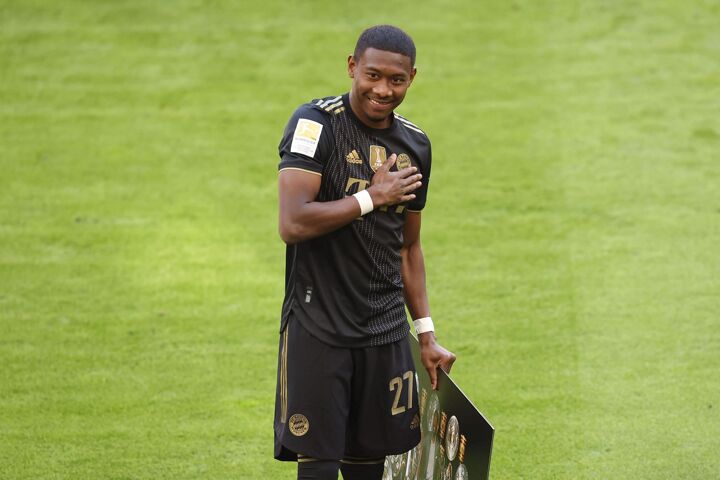 David Alaba joined Bayern Munich’s Under-19 team from Austria Wien Reserves for a mere €150 thousand fee in July 2008. Over the next 13 years, he firmly established himself as a charismatic leader and an impeccable defender at the Allianz Arena.

From haunting the opposition as a left-back to stopping opponents in their tracks as a centre-back, Alaba did it all at Bayern. He was one of the standouts in a team of superstars.

Alaba played 431 games for Bayern’s first team between the 2009-10 and 2020-21 seasons, recording 33 goals and 55 assists in that stretch. He helped the Bavarians win 10 Bundesliga titles and two Champions Leagues trophies, amongst other honors.

At the end of his contract in 2021, the then-€55 million rated Alaba joined La Liga giants Real Madrid on a free transfer.

He effortlessly filled in for Sergio Ramos in his debut season in Spain and helped the club to a La Liga-Champions League double. The Austrian scored thrice and provided four assists in 46 games across competitions for the Whites. 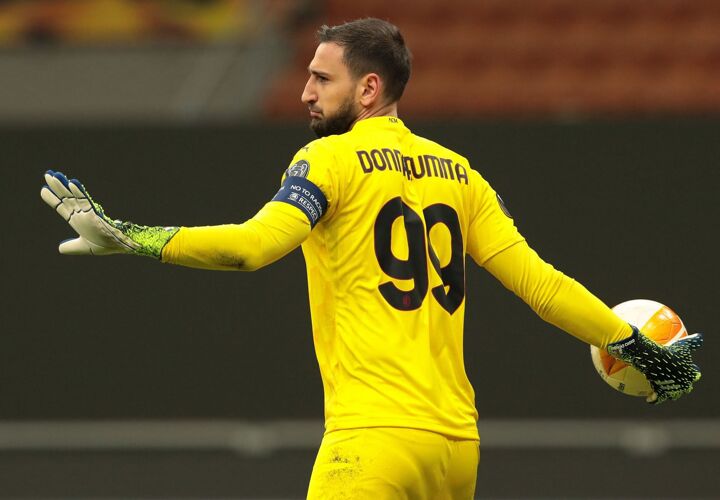 Paris Saint-Germain pushed hard to form a superteam last summer, signing some top stars for free. Gianluigi Donnarumma was one of the most highly-rated free agents Paris added to their ranks. The 23-year-old was valued at €60 million last summer, just ahead of his switch from AC Milan.

Donnarumma, who is seen as one of the most promising goalkeepers in the world, played 251 games for AC Milan before joining PSG in 2021. He kept 88 clean sheets and conceded 265 goals.

The Italian goalkeeper, who rose through AC Milan’s academy to become one of the best in the world, had a disappointing debut season at PSG. He often made silly blunders, one of which helped Real Madrid pull off an incredible comeback in the Champions League Round of 16.

PSG, however, still have complete trust in him, and we believe that with his skillset, he will come good sooner rather than later. 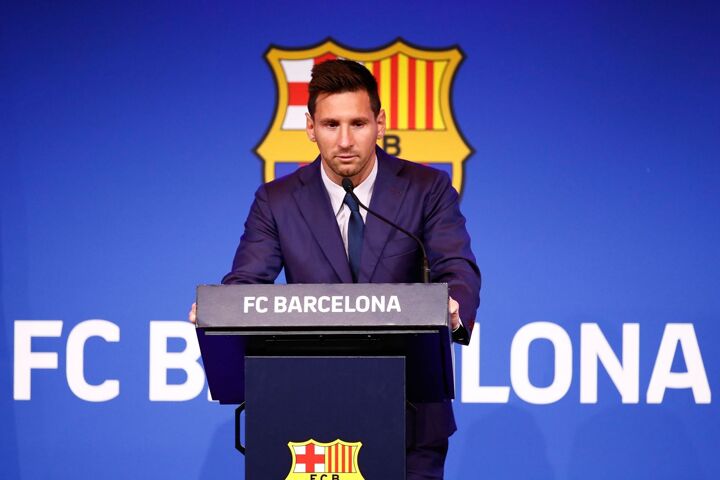 The footballing world was left in awe when Lionel Messi and Barcelona announced that they would be parting ways in the summer of 2021. After 17 seasons in the Catalonian capital, the then €80 million-rated Messi joined PSG as a free agent ahead of the 2021-22 campaign.

The Argentine dominated the game like no other during his time at Barcelona. Messi won six Ballons d’Or at the club, bagged five Golden Boot Awards, and was dubbed UEFA's Best Player in Europe thrice.

Losing their all-time top scorer has left a hole in Barcelona’s attack, which they are yet to fill.

Messi struggled to produce his best football in his debut season at PSG. He ended the 2021-22 campaign with only 11 goals and 15 assists in 34 games across competitions.

However, considering he will get a proper pre-season with the Parisians this summer, we expect him to be back to his formidable best in the upcoming campaign.

Also Read: 5 midfielders who could win the Ballon d'Or in the future