It was not supposed to end this way. The stars had aligned to grant Aritz Aduriz the send-off he most richly deserved: a dream Copa del Rey final between his hometown club and the team that made him a legend, against the backdrop of tens of thousands of Basque fans cheering on their heroes. 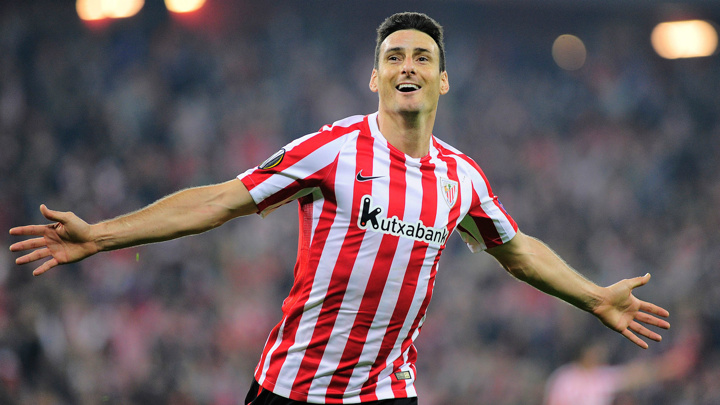 Sadly, however, that dream farewell was quashed by the coronavirus pandemic. Athletic's clash with Real Sociedad has been postponed indefinitely; even though the Spanish season may resume in June, the Basque rivals' insistence on playing in front of fans means it may be months before they meet in the showpiece, if it even escapes cancellation in the first place.

Aduriz has decided he cannot wait. On Wednesday the veteran bowed to the inevitable and hung up his boots for good, plagued by a hip injury which at the grand old age of 39 has forced him to take drastic measures.

“The time has come. I have said many times that football leaves you before you leave it,” he signalled in a statement shared on Twitter. “Just yesterday doctors advised I undergo surgery, the sooner the better, to implant a prosthetic hip and try to at least face day-to-day life in the best way possible.

“Unfortunately my body has said, 'enough'... Forget about the dream finals, we'll have time to say goodbye. The time to say farewell has come and here my unforgettable, wonderful road from start to finish comes to an end.” 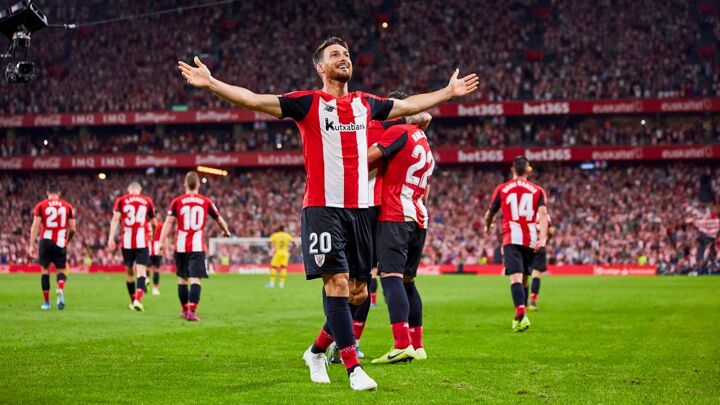 The outpouring of tributes from across Spanish football following Aduriz's message gives an indication of the esteem in which the striker is held by his peers. A relative late-bloomer, the forward was a symbol of Athletic's famed cantera system and the loyalty the Bilbao club inspires in its ranks – even if, in another life, he could have lined up for their rivals.

Aduriz is in fact a native of San Sebastian, home of Real Sociedad, and as a youngster lined up for the club's prolific Antiguoko feeder side. He shared a place in the starting line-up with the likes of Xabi Alonso and Mikel Arteta; but while Xabi was destined for Real and Arteta snapped up by Barcelona, the teenage Aduriz caught the eye of Athletic, where he landed in 2000 via lower-league side Aurrera de Vitoria.

The young forward's road to stardom at San Mames was not straightforward. Aduriz found his path to the Athletic first team blocked in the first instance by club legends Joseba Exteberria, Ismael Urzaiz and Santiago Ezquerro and later by the emergence of Fernando Llorente, obliging him to seek regular football first on loan at Burgos and Valladolid and then, in 2008, on a permanent basis with Mallorca.

In eight years in Bilbao he had mustered less than 100 first-team appearances, scoring 23 goals and never reaching double figures in a single Liga season.

Aduriz paid his penance away from Athletic, honing his trade first on the Balearic island and later for Valencia, spending two solid if hardly earth-shattering seasons at each club. When the Basques came back for their former star in the summer of 2012 to replace the unsettled Llorente under Marcelo Bielsa he was available for the bargain price of just €2.5 million; he responded with a personal best haul of 14 Liga strikes to provide one of the bright spots in a mediocre season for Athletic, Bielsa's last at the club.

It was under the Argentine's replacement, Ernesto Valverde, that Aduriz really showed his worth. In the future Barcelona coach's four seasons at the helm the burly striker top scored for his club in every one, additionally winning the Telmo Zarra award in 2014-15 and 2015-16 as Spain's most prolific homegrown hitman.

With Valverde on the bench and Aduriz rarely erring in front of goal Athletic never finished lower than seventh, and in August 2015 the striker reached perhaps the pinnacle of his career, smashing a hat-trick past Barcelona on the way to a 5-1 thrashing which handed the Basques the Supercopa, their first silverware in more than three decades. While he has been forced to accept a more marginal role at San Mames in recent seasons as the years take their toll, he remains a standard-bearer for Athletic – making his absence from the Copa del Rey final all the more bitter.

“It is sad because I have a great friendship with him. Aside from the sporting side, Aduriz's best trait is that he's a great guy, one of those who leaves their mark,” Dani Ruiz Basan, captain of the last Athletic side to win the Copa back in 1984, said of the retired idol to Marca. “I always wanted him to be the captain who lifted the next Copa del Rey.

“My grandson is a huge fan of Aduriz. For his birthday I gave him his shirt and he called him later on the phone. He has also done a lot of things in hospitals. He's one of those players who show Athletic's greatness, he has to stay in the club.” 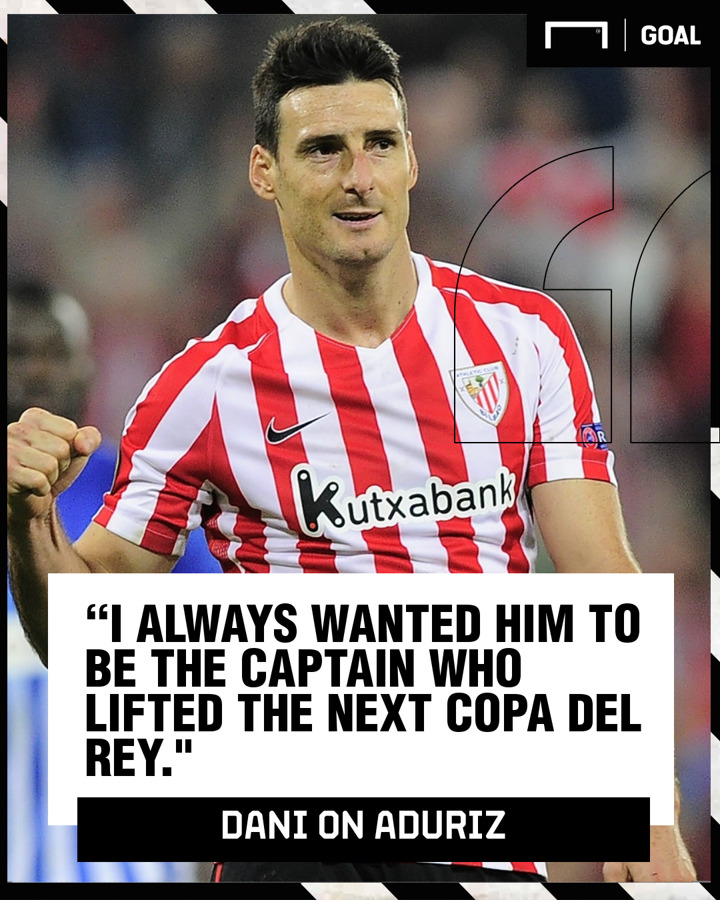 Still sticking to a policy of only fielding Basque-born players that was born in the early 20th century, Athletic provide in Spain a parochial counterweight to the multinational aristocrats of Real Madrid and Barcelona. It is easy to dismiss their self-imposed restrictions as outdated or chauvinistic, or point out their incoherence. The club itself has played fast and loose with its own interpretation at times in their pursuit of certain players, while other Basque clubs have long complained that their rich neighbours hover like vultures picking off their best young talent.

But one point is beyond any discussion: that it fosters a sense of belonging and commitment in players almost impossible to replicate elsewhere given the riches on offer in world football, and Aduriz personifies that link perfectly with his dogged on-field play and unflinching loyalty to Athletic.

In total he spent the best part of two decades tied to Athletic, making over 400 appearances and leading the Basques to Supercopa glory. Aduriz's impact, however, cannot be measured in trophies: he was a club icon, representing them impeccably on and off the pitch, literally putting his body on the line and keeping alive the feeling that football does not only boil down to numbers on a balance sheet, but in the passion and loyalty it evokes in players and fans alike.