As has been the case on more than one occasion in recent years, Arsenal find themselves struggling to get the best out of a player they have just given a big-money contract to. 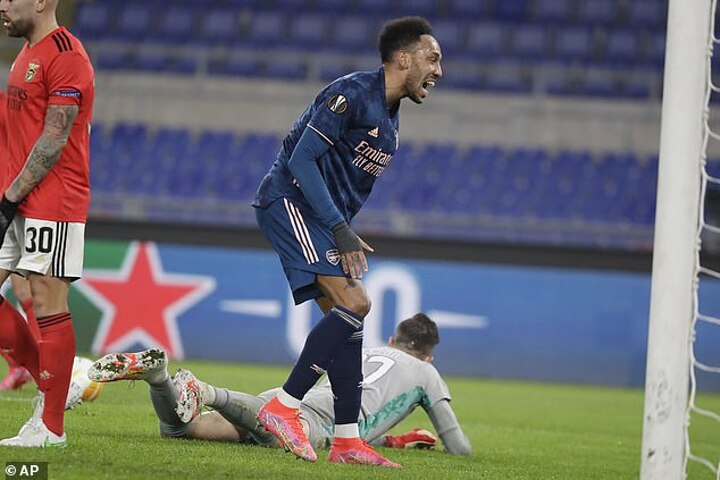 The Gunners were desperate to tie down Pierre-Emerick Aubameyang to a new deal after his heroics at the back end of last season, and did so in September to the tune of £350,000-a-week.

While the 31-year-old has showed signs of improvement in recent weeks, netting his first Premier League hat-trick in a 4-2 win over Leeds, the striker managed just two league goals in his first 12 appearances this season. 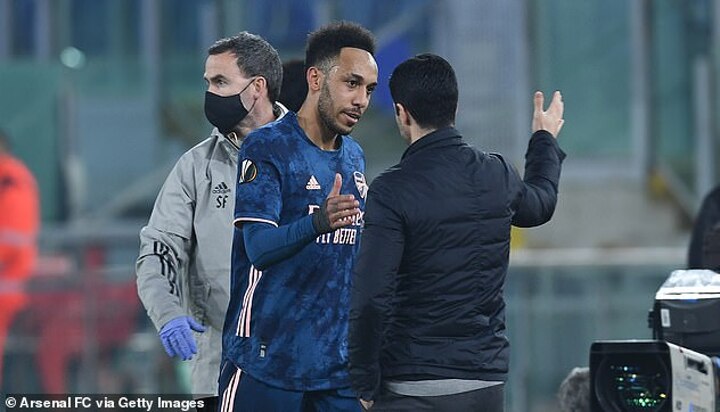 He faced criticism after missing several big chances in Arsenal's 1-1 draw with Benfica in the Europa League last week, and though he is far from the only player to underperform this season, Aubameyang's performances have led to debate over whether this could be something more than a blip in form.

Speaking after Arsenal's 1-0 defeat by Manchester City, Jamie Redknapp suggested that Arsenal's captain is no longer the player he once was.

'Aubameyang's past his best. He could have moments, he's going to get his hat-tricks,' he told Sky Sports. 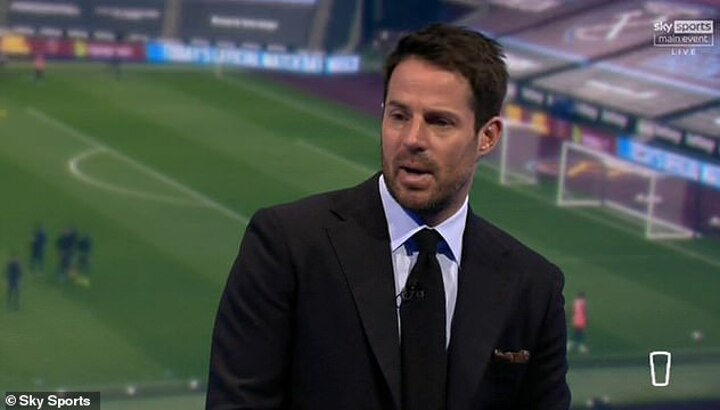 'I'm seeing now a player who looks like he's going to get bullied every occasion. And he's your leading light!'

The stats certainly support the idea that the Gabonese striker is running at defenders less than ever before.

He is averaging 0.9 total dribbles per game this season - that's the first time in his entire career he is averaging less than one dribble per game in the league.

By contrast, in Aubameyang's first full season at Arsenal in 2018-19, that figure was at 1.5 per game, even though he was predominantly playing more centrally than he has this campaign.

However, it is the striker's numbers in front of goal that may concern Mikel Arteta more. Particularly up until Christmas, Arsenal were not set up to be a side that created a huge amount of chances in matches.

Their FA Cup success last season was built on a solid defence and a counter-attacking system that relied on the likes of Aubameyang making the most of the few chances that came his way. 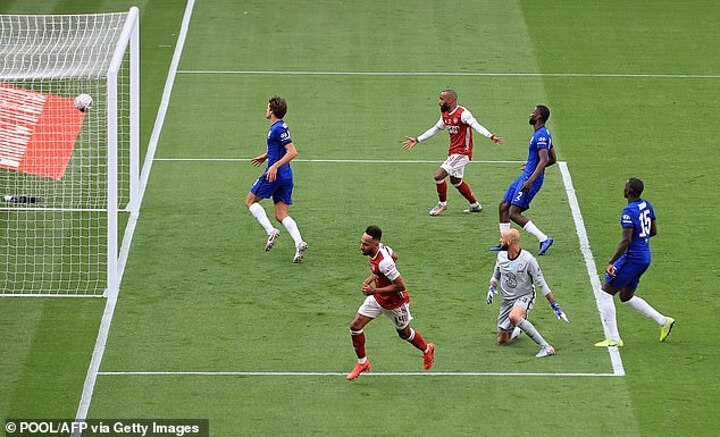 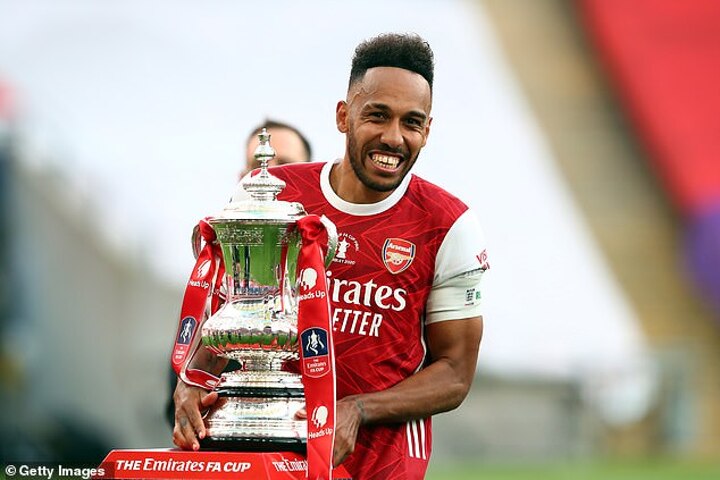 Arsenal had seven shots on target across the semi final and the final - five were from Aubameyang and four of those resulted in goals as he fired the Gunners to cup success. Of the big chances that fell his way last season Arsenal's captain scored more than 60 per cent of them, a figure he has not matched at any other point during his time in England.

It is an increased wastefulness that Arsenal can ill-afford, as the Gabonese striker is not getting the opportunity to make amends for these misses as often as he has done in the past.

He is averaging 1.09 shots on target and 0.61 big chances a game this season, numbers that when compared to his previous years in north London show that his troubles are linked to the decline Arsenal have shown as a team in recent seasons. 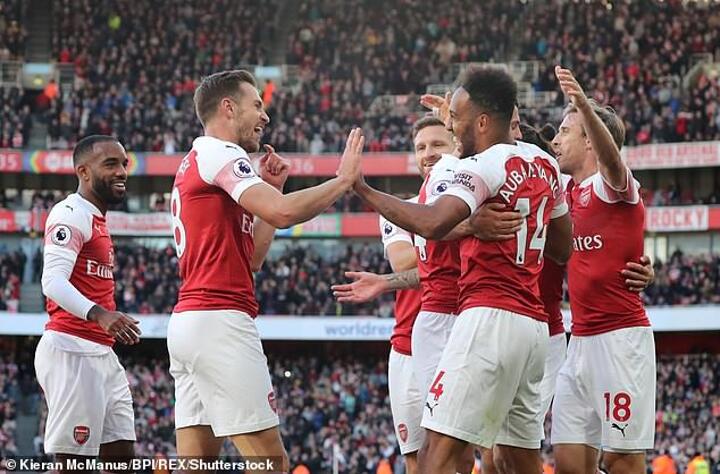 After he arrived in January 2017 he averaged 1.57 shots on target and 1.18 big chances a game for the rest of the season, and while those numbers were down to 1.21 and 0.87 respectively last campaign, the drop off this season has been ever more marked.

A combination of being more wasteful in front of goal and being presented with fewer chances than before is unlikely to ever lead to impressive goalscoring form.

Unsurprisingly, his return of 0.48 goals per 90 minutes this season is his lowest in an Arsenal shirt - the previous worst was 0.7 last season. 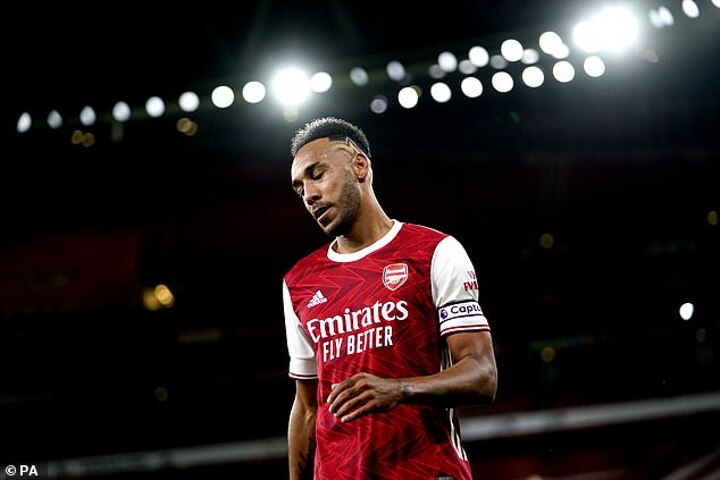 In effect, Aubameyang this season is less clinical, less involved, and less productive than he has been at any other point in his time at Arsenal.

The fact that this has come after he was awarded a new contract has naturally led to questions, particularly considering Arsenal's recent history of tying themselves to ageing players on huge contracts.

But while Aubameyang's numbers show he is not taking chances at the rate he once did, and his poor performance last week against Benfica could prove costly for his side's European hopes, he is not being helped by the way Arsenal have played this season.

His conversion rate particularly towards the end of last season was unsustainable, but it was enough to carry the Gunners to a trophy and offer Aubameyang a big-money deal. That his numbers have fallen off in that regard is to be expected, and the decline has been exacerbated by a toothless Arsenal attack. 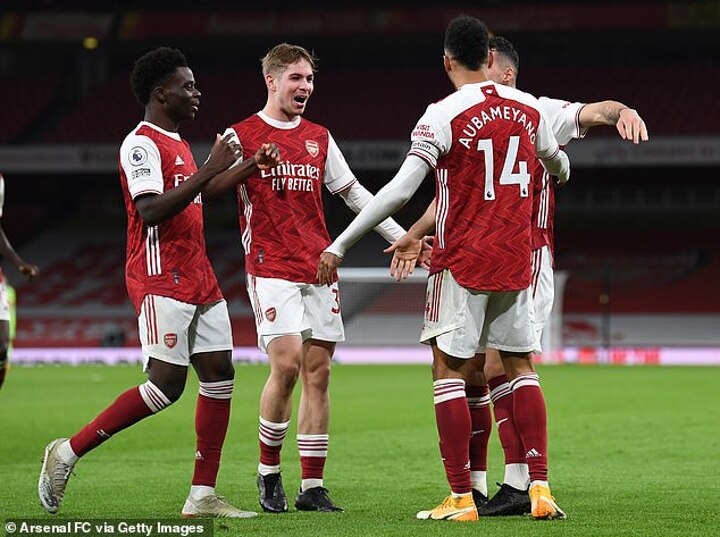 He is a striker whose pace and movement in the past have presented him with multiple chances a match, but he is now leading an Arsenal side that for the majority of the season have struggled for creativity.

The impressive performances from Bukayo Saka and Emile Smith-Rowe have certainly helped address that problem, and it is surely no coincidence that Aubameyang's goal return has improved in recent weeks, even with some wasteful finishing.

It may well be the case that Aubameyang's best years are behind him, and attacking stats that have worsened every year he has been at Arsenal would certainly support that.

But in many ways Arsenal as a team have worsened every season, and until Mikel Arteta can get his side involving their main man more regularly, it seems inevitable that the striker will increasingly fail to hit the heights that made him one of Europe's best. 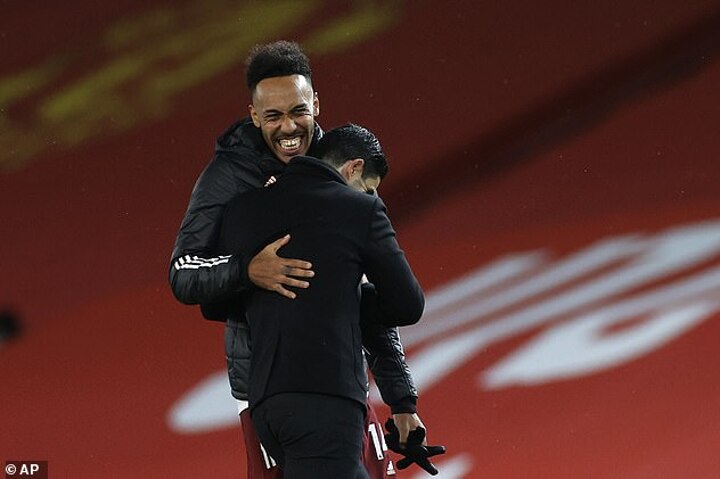