The transfer market is into its final stretch and Barcelona have a lot of work to do before the window closes on October 5. 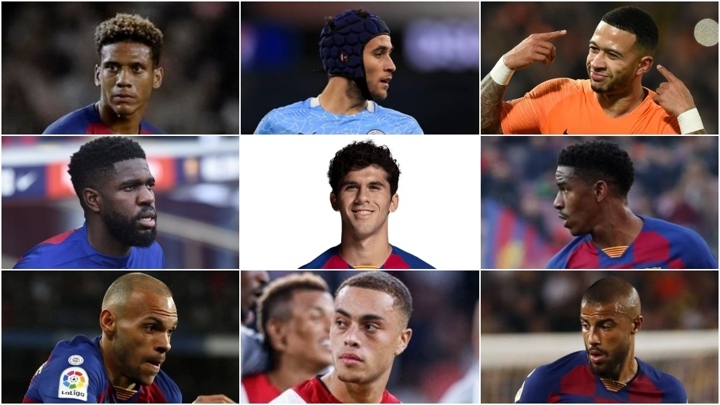 Both exits and arrivals need to be wrapped up in the next week.

Dest: The next signing

In theory, Barcelona could announce Sergino Dest's arrival imminently. Talks are into their final stages and the 19-year-old is set to work under Ronald Koeman.

Barcelona's interest in Lautaro Martinez has been ongoing, but his arrival is unlikely if not impossible now.

Memphis Depay's name is another on the table, and Koeman left the door open to both after the win against Villarreal.

He's a player that Barcelona like and he fits their profile perfectly, but the big problem standing in their way is financial.

A number of candidates are expected to leave Barcelona over the next few days, following Ivan Rakitic, Nelson Semedo, Arthur Melo, Arturo Vidal and Luis Suarez out the door.

The Dane has no place in Koeman's plans, but no club have presented an offer that works for all parties.

He's on his way out, knowing he doesn't have a place under Koeman, but the offer that came in didn't work out.

The coach has already called him to tell him to find a new club. Injuries have prevented him from building on his good start at the club.

Like Umtiti, he was officially informed to look elsewhere. Atalanta have presented themselves as a potential destination.

He has a 16 million euro price tag on his head and was surprisingly named in the squad at the weekend, despite not featuring in any of the pre-season friendlies.