Who would have expected this for Philippe Coutinho when he took that private jet to Barcelona to start a new life at the Nou Camp? 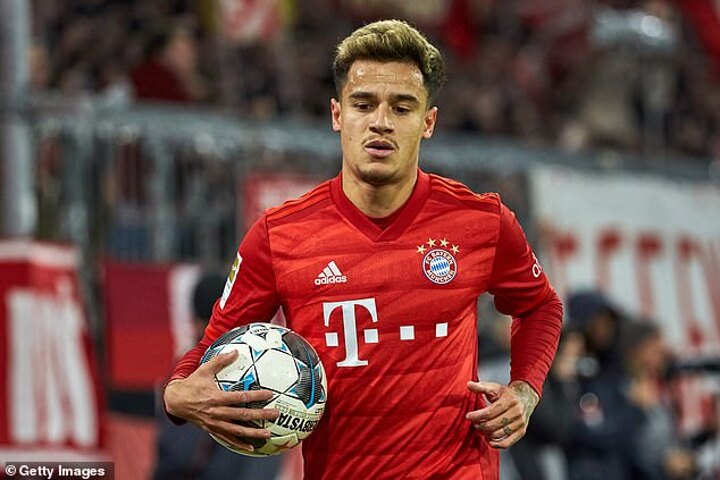 He netted Liverpool £145million when he left Anfield for Spain and it felt as though Barcelona were bringing in another superstar who would slot seamlessly into their squad.

Instead, he left for Bayern Munich in the summer on loan and has failed to set the world alight there. They are now thought to be unlikely to activate the buyout clause in his loan. 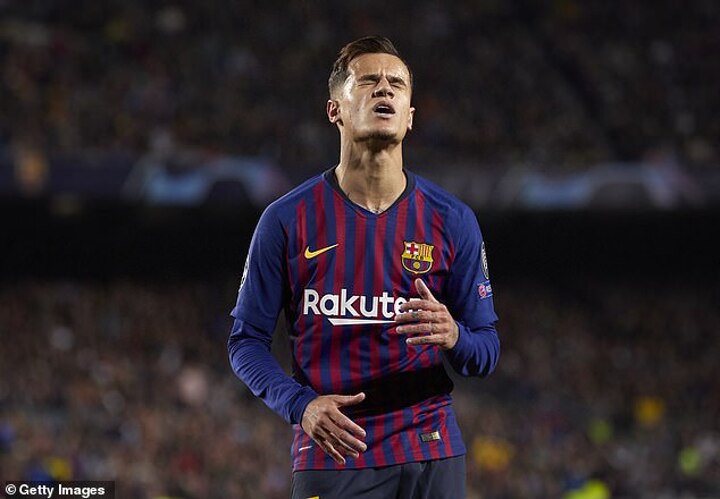 There does not seem to be much of a future for him at Barcelona either, and they are said to be willing to accept a massive loss on him.

So where, exactly, could the 27-year-old end up after the end of the season? Sportsmail has taken a look at his options.

Barcelona hoped that Philippe Coutinho would settle in at Bayern Munich and that the Germans would activate the €120million (£100m) buyout option in the summer. While he is happy in the city, there is now little belief they will pay that price.

It is not that Coutinho has had an awful season — seven goals in 27 games is no bad return for a midfielder. Instead, the issue is that the Brazilian has not justified that price-tag.

They could offer an escape from the Nou Camp by paying less, if Barcelona will accept it, but it is still unlikely.

Instead, Coutinho could find himself in the same position as James Rodriguez, who spent two seasons on loan at Bayern only to return to Real Madrid at the conclusion without a move.

It is now up to Coutinho to show the sort of form that would tempt Bayern into a big bid — if he does want to stay at the Allianz Arena beyond this summer.

More goals, more assists and a big contribution to Bayern staying top of the Bundesliga until the conclusion of the campaign would go a long way.

Even so, there is a sense that they are unlikely to move for him. 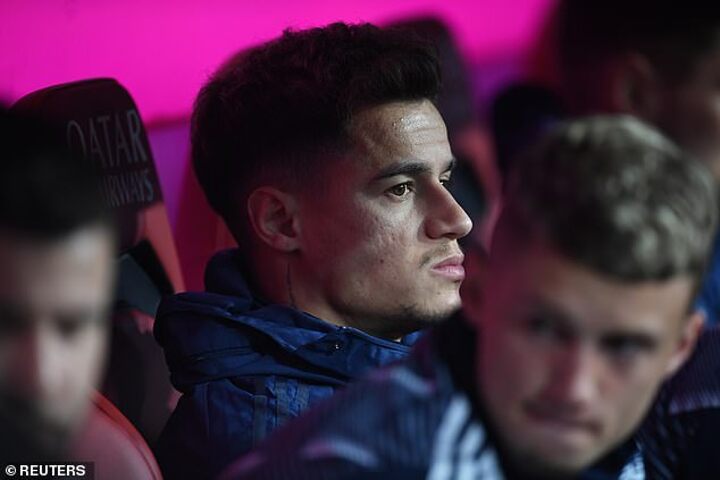 When Barcelona snapped Coutinho in January 2018, it felt like the right move for a player who had shone in the Premier League for years for Liverpool.

There was an expectation that he would replace compatriot Neymar and re-establish that connection with Luis Suarez that had served both so well at Anfield. There were probably even hopes that he would take some of the burden away from Lionel Messi.

Instead, after brief flashes at the start that helped them win La Liga and Copa del Rey, he struggled. He scored just 11 goals in 54 matches for them in 2018-19 and there was little to justify keeping him around. 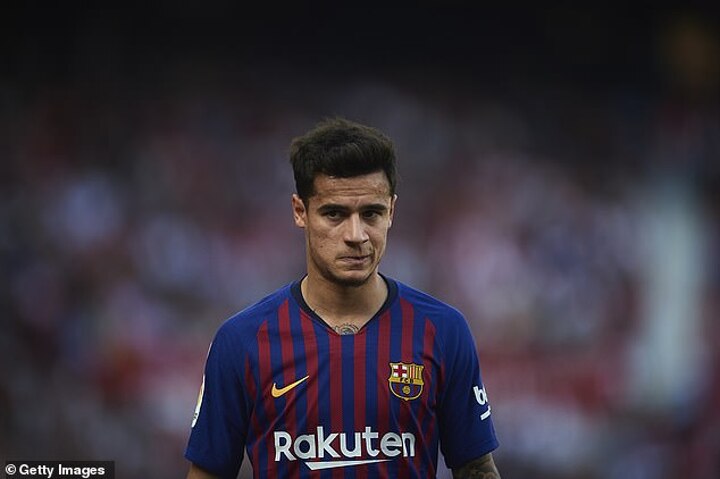 He didn't fit in under Ernesto Valverde and there might be a slight hope for him that Quique Setien sees a place for him in his system. It is also worth saying that if Barcelona foresee too much of a drop on the price they paid for him, they might keep him around.

But the preference is to move him on and for a significant sum of money. There have been reports that they would be willing to make a £60m loss on him, given his diminishing reputation.

Doing so would help them pay for the rebuild the squad clearly needs to convince Messi to stick around beyond the end of his contract. 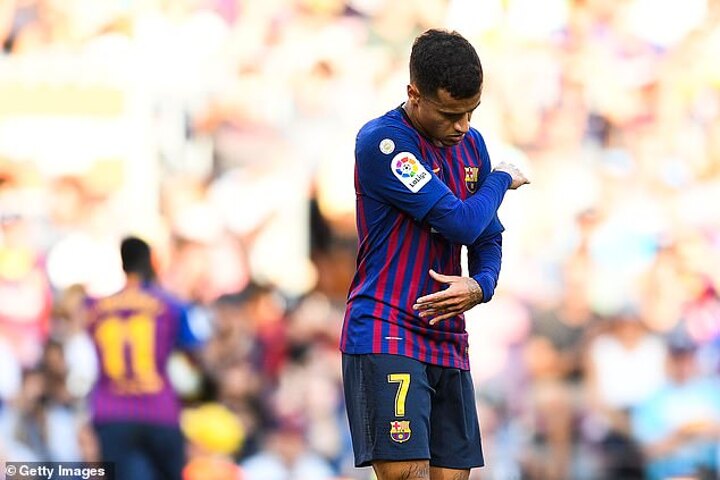 While Liverpool were one of the clubs he was offered to when he moved to Bayern on loan, a return to Anfield is almost a complete non-starter.

'I don't look back. I took another path, and now I am on another journey, much like everyone else. I'm focused entirely - just like them - on reaching my dreams. I'm happy with what I did in the past, and now I can only look forward.'

The hierarchy of Liverpool see things the same way. Chief executive Peter Moore also said: 'If you recall, when he left two years ago, then it was a complete change of style of play and we [hardly] lost a game over the balance of the season. 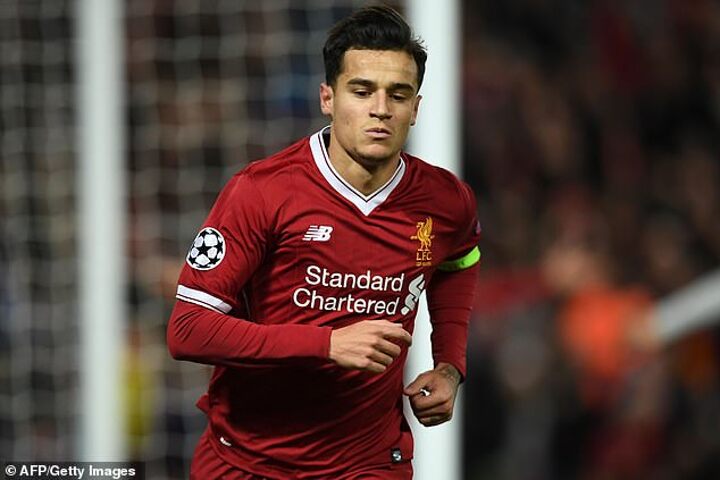 'No disrespect to Philippe but he had a different style of play... The money came in and the money we got from Barcelona then helped fund Alisson Becker.'

A return would not make sense for the Reds. They have, fundamentally, become a much better side without Coutinho. They fixed the spine of their team and — importantly — completely changed their shape from a 4-2-3-1 to a 4-3-3.

The latter suits Jurgen Klopp much more and arguably it is the sale of Coutinho that has turned them into champions-elect. It allowed them to sign Virgil van Dijk and Allison. In the grand scheme of things, selling him two years ago must be one of the best pieces of business anyone has done in recent seasons.

Bringing him back would just be silly. 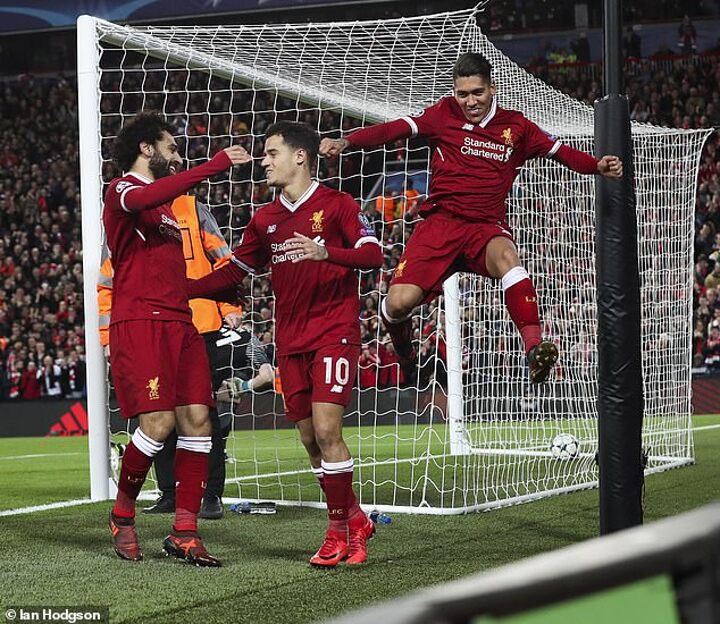 Juventus were thought to be interested in Coutinho last summer on the assumption that either Paulo Dybala or Gonzalo Higuain left the club.

But both stayed and there was no move from the Italian champions to bring him in from Barcelona.

He has since been offered to them again. There are too many variables where Juventus are concerned to make a judgement now.

Maurizio Sarri's future, their own success in Serie A and whether the likes of Pep Guardiola will take over are all issues that need to be resolved ahead of any summer plans.

Yet it remains a possible option for him. A club of Juventus' size will always look to players like Coutinho to improve their squad. And Coutinho would undoubtedly be interested in such a switch. 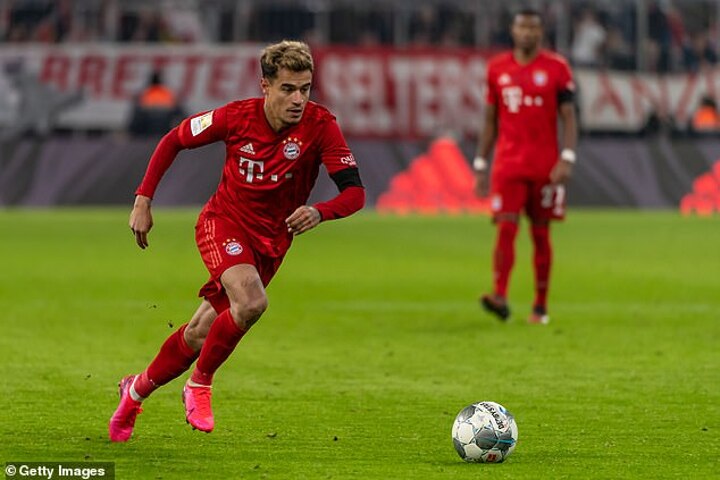 An option for Barcelona if they don't manage to ship Coutinho out for a fee is including him in any business they want to conclude in the summer.

They are still keen to bring Neymar back from Paris Saint-Germain — which would be especially useful in their quest to keep Messi. Coutinho could be used as a makeweight to capture a player who will command a huge fee.

PSG have also previously been interested in one of Europe's star players.

There could also be a return to the San Siro for Coutinho if Barcelona push forward with their attempts to sign Lautaro Martinez, who they view as a possible replacement for Luis Suarez.

Coutinho played for Inter between 2008 and 2013, his first spell in Europe, and would surely be comfortable returning to a club he knows well. 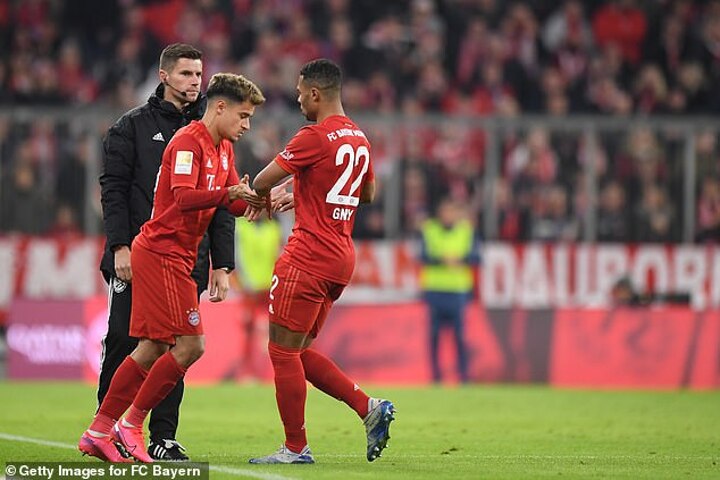 The truth is that there will always be a willing buyer in the Premier League for a player like Coutinho.

Whether it would be a big side looking to rejuvenate their squad or an upwardly mobile team eyeing a player who can tip them over the edge, a move back to England would surely suit a player of his talents.

But there is no current indication that anyone in the division is looking at him as a possible arrival. The issue is the finances involved.

Spurs turned down the chance to sign him in the summer. Manchester United are prioritising Jadon Sancho and Arsenal would not be willing to pay as much as Barcelona want.

He is, realistically, too expensive for most Premier League sides.