It started with the first Champions League semi-finals in 15 years without Lionel Messi or Cristiano Ronaldo, and then this, a final starring the new generation and shining a light on the future of a sport still auditioning for its next true superstars. 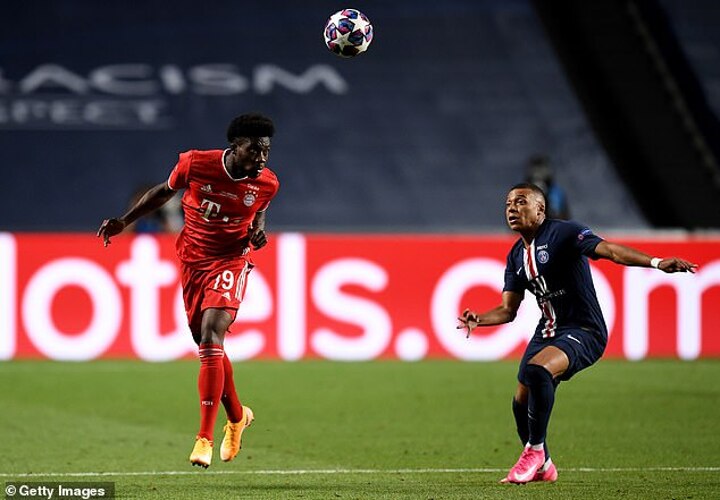 Covid-19 has robbed us of a Ballon d'Or for 2020, and how needless that cancellation has felt after witnessing the likes of Bayern Munich's Alphonso Davies, Serge Gnabry and Kingsley Coman and PSG's Kylian Mbappe during the past fortnight in Lisbon.

For make no mistake, this would have been only the second year since 2007 that Messi or Ronaldo's name was not engraved on the golden ball, even if that probably would have been 32-year-old Robert Lewandowski.

Indeed, on recent evidence, the odds are against either of them ever reclaiming the prize that has long been a battle of their peerless and exemplary excellence.

That is not to detract from the enduring genius of Messi or Ronaldo, but rather, to celebrate the emergence of those young players whose brilliance on the pitch will, without doubt, elevate them to the podium in the coming years.

You would certainly back one of the above mentioned quartet to break free of the shadow cast by Messi and Ronaldo before you would Neymar, the world's most expensive player who remains a poor relation in comparison to the big two.

The younger contenders, meanwhile, have journeyed down very different paths to this point. Mbappe is the 21-year-old World Cup winner and second most expensive player ever, Davies the teenager upon whom Bayern took a chance from the MLS, Coman a talent still striving for consistency and Gnabry, a failed West Brom loanee finally realising and pushing back the boundaries of his potential at the age of 25. 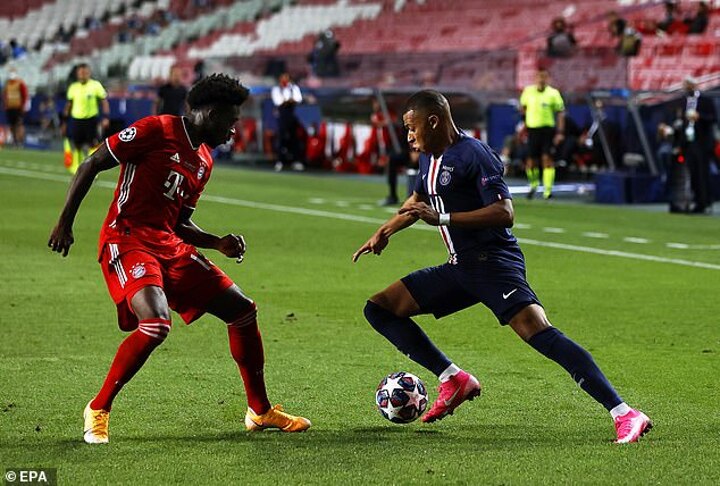 Their stories may vary, but they have plenty in common - be that speed, skill or a fearless seizing of responsibility, as Coman showed in scoring the winning goal.

Paris-born and once of PSG, he was a surprise starter here but, even before that trophy-clinching intervention with a cushioned header on 59 minutes, he had been the game's most dangerous player.

Now the scorer of the defining goal on the grandest stage club competition has to offer, this is surely a platform from which he can produce his best on a more regular basis.

For in wishing to emulate Messi and Ronaldo, that ability to come back week after week, season after season is the one quality for which they all must strive. 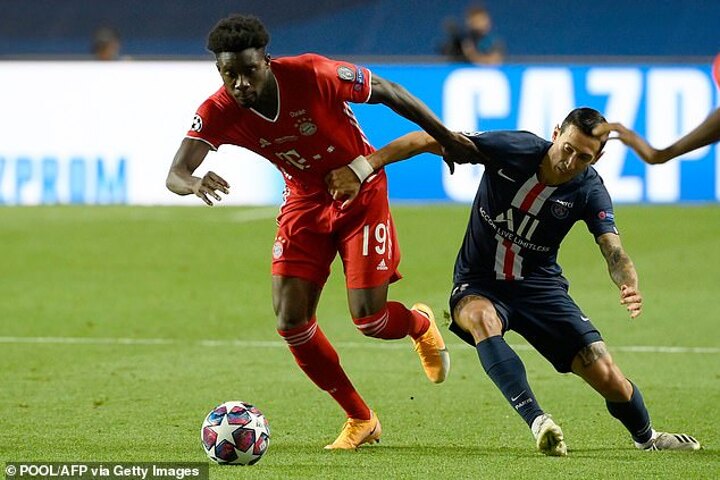 At 19, Davies has been a phenomenon this season. Rio Ferdinand called him 'the Usain Bolt of football' before the game. Let's not forget Bolt tried to make it as a footballer and was hopeless. Davies, you suspect, would enjoy far more success were he to turn his toe to sprinting.

But there is also much still to learn, as one would expect of a rookie in his first full campaign with Bayern. His first half was noteworthy only for a clumsy challenge that earned a booking and being nutmegged by Angel Di Maria. For the first time, Davies looked like a player plucked from Vancouver Whitecaps just 20 months ago.

At least he refused to hide - despite his early torment - and his recovery pace got Bayern out of a tricky spot in injury-time as they clung to that slender advantage.

Gnabry, sadly, was more like the player we saw on loan at West Brom five years ago - the one who sat in the stands - so little influence did he have on this occasion. That was disappointing, especially as the contest was, at times, in such desperate need of the inspiration he can evidently conjure. 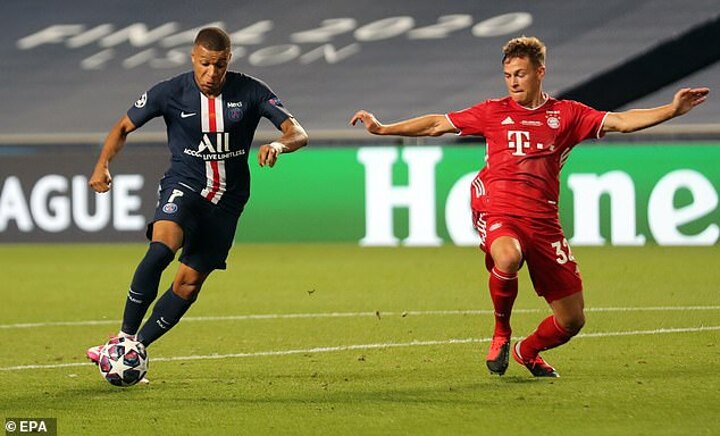 Mbappe fared a little better but his finishing was nervy, especially when presented with a chance to open the scoring just before half-time, only to pass straight at Manuel Neuer.

But that trio were not alone in their talents being stifled amid what was, for the large part, an attritional affair, albeit laced with intrigue.

Gnabry, along with Coman, was to make way on 70 minutes. This was not his night but few will forget his contribution in taking Bayern back to the summit of Europe.

He was outstanding in the semi-final and was devastating in their run to that juncture, as supporters of Spurs will testify.

What he must now do is make the difference in finals such as this, but his time will come again. He had, arguably, been the star of Lisbon's mini tournament before Sunday night's final. 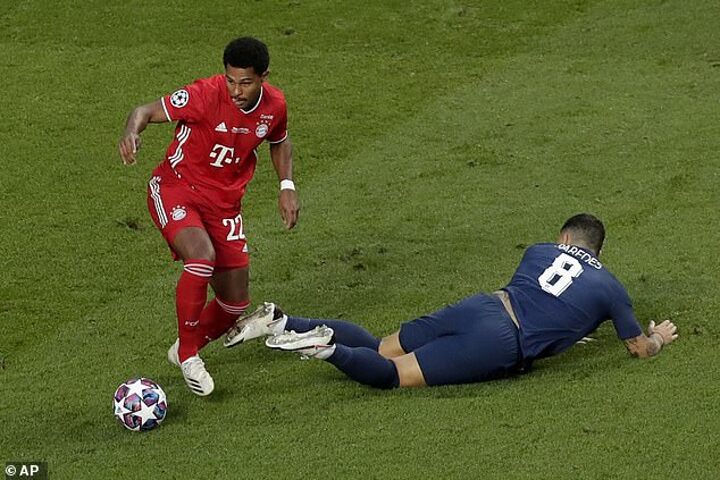 Mbappe was a loser this time and will rue that missed opportunity in the first half, but of all those on the pitch it is perhaps he you would fancy to emerge as the world's best in the coming years.

Yes, this was not a vintage final, but you cannot question the quality of the two teams who contested it.

If Messi and Ronaldo want to rejoin the party at this, the business end of the Champions League, then perhaps they should consider new residence in Munich or Paris, for this season's finalists are the continent's best - and within their number are the stars of tomorrow.