When Bruno Fernandes was first called up to the Portugal national team, he could not believe it when a certain senior player congratulated him on his performances for Sporting. This was the Cristiano Ronaldo. And he was the one approaching him. 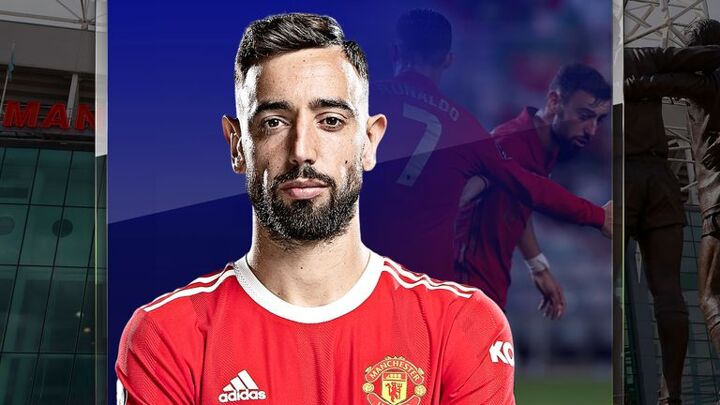 "Growing up, everyone knows Cristiano was my favourite player," Fernandes has said.

"We young people look at him as an idol."

The respect has been mutual for some time. When Manchester United prepared to sign Fernandes, Ole Gunnar Solskjaer got hold of Ronaldo's number through Patrice Evra to ask his opinion of his compatriot. The testimony was emphatic, the signing made.

Now they are team-mates for club as well as country, one of the many narrative threads to be unpicked as the Premier League works itself into a frenzy about Ronaldo's return.

It is a transfer that changes the landscape of the competition once more, giving its most successful team perhaps their best hope of winning the title since Sir Alex Ferguson's departure. But it also shifts the power dynamics within Old Trafford.

The speculation has begun.

Some of it might seem trivial. Debate about whether Ronaldo will assume penalty-taking responsibilities from Fernandes appears more focused on the fantasy football implications of the move, the chatter laced with a whiff of backstage celebrity gossip.

There is a fascination with the egos involved. Asked once whether Fernandes reminded him of Ronaldo, Solskjaer said: "He does definitely have that presence. He has that influence and impact on his team-mates." What happens when Ronaldo himself is back in the building?

The pop-psychology is one aspect.

The tactical consequences are another.

On the field, the success or otherwise of the relationship with Fernandes and Ronaldo will surely be a huge factor in the success of Manchester United's season.

The curious thing is that despite the mutual respect, the fact that they are international team-mates playing in positions that should complement one another, it is there - on the pitch itself - that the relationship between the two has failed to ignite. 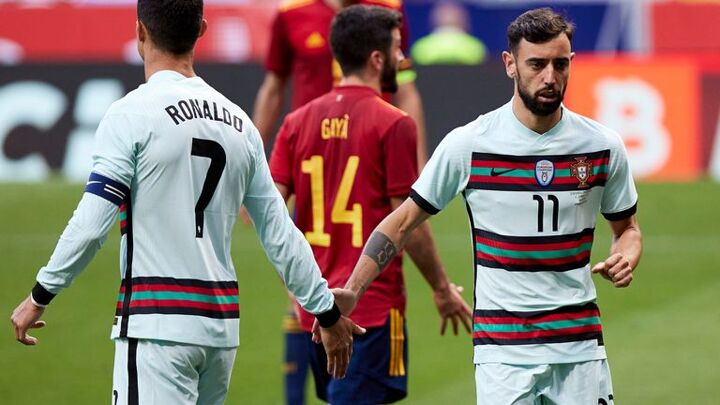 During qualifying for the European Championship, the pair scored 12 of the 22 goals by Portugal players - Ronaldo with 11, Fernandes with one. But the two men did not directly combine for a single goal. Fernandes' two assists were for others.

The trend repeated itself at Euro 2020. Fernandes has not even been on the pitch for any of Ronaldo's goals in World Cup qualifying so far. The spark is not there just yet.

Ronaldo is still scoring, of course. Two more goals against the Republic of Ireland last week secured his status as the greatest international scorer in the history of the men's game.

It is Fernandes who has struggled to find a role for himself in the Portugal team. His substitution with his side behind, just prior to those late Ronaldo heroics against Ireland, was just the latest example of him being unable to find his rhythm.

The tale of the national hero and the international enigma.

Fernandes had a bit of a breakthrough in Baku on Tuesday.

His starring role in Portugal's comfortable 3-0 win away to Azerbaijan was one of his very best performances for the national team. A clever assist for Bernardo Silva's brilliant first goal was followed by another fine delivery for Andre Silva's second.

There was a neat toe-poked pass through the Azerbaijan defence and a wonderfully lofted ball over it - all before the half-time whistle. This was the real Fernandes.

But it came with Ronaldo absent through suspension.

One concern is that perhaps the presence of Ronaldo in the team might be taking something other than penalties away from Fernandes' game. The focus has been on how Ronaldo can elevate those around him. Should United fans fear the opposite with Fernandes?

The truth about his Portugal troubles - and with his only competitive goal for his country coming against Luxembourg that feels like a fair phrase to use - is a little more prosaic.

Fernando Santos, his national team boss, has regularly used Fernandes in a deeper role, sometimes out on the right. He has not been able to get on the ball in the final third as much as he would have liked. It puts an emphasis on other aspects of his game.

At Sporting, Fernandes was afforded freedom in scoring 33 goals in his final full season with the club. At United too, he is encouraged to advance and to take risks in possession. 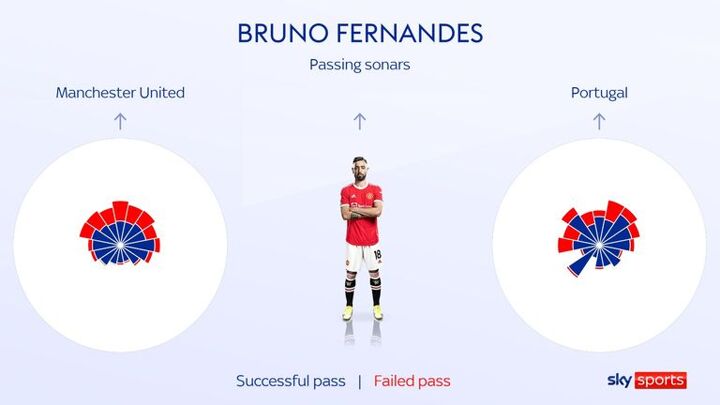 Since his Premier League debut, the Liverpool full-backs are the only other players in the competition to lose possession more than one thousand times. Trying the most difficult passes is a key part of what makes Fernandes so special in a Manchester United shirt.

For Portugal, he has been able to take fewer risks. 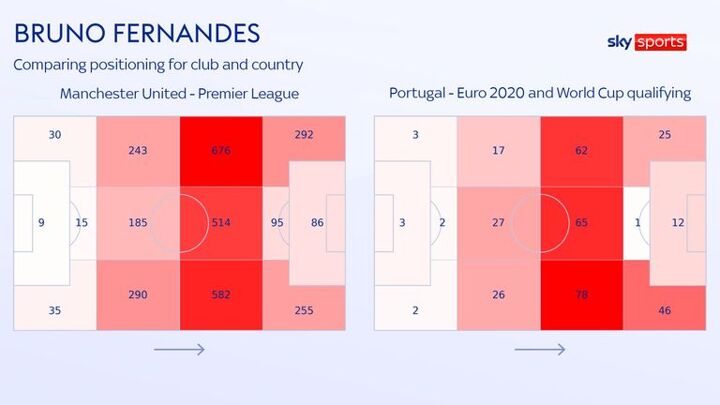 The zones in which he does his best work are alien to him for his country. Only 13 of his 369 touches of the ball for Portugal at Euro 2020 and in World Cup qualifying have come in that central area within 20 yards of the opposition goal.

Contrast that with his role for Manchester United, frequently bursting beyond the striker. Supporters saw that when he scored a hat-trick on the opening weekend of the Premier League season in the team's 5-1 win over Leeds United at Old Trafford. 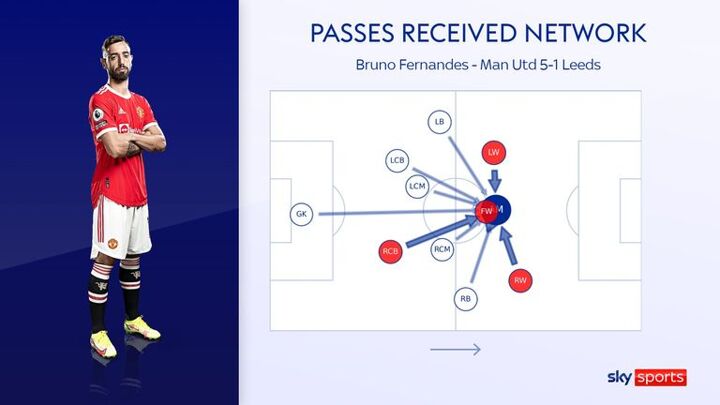 There seems no logical reason why Fernandes could not repeat that with Ronaldo ahead of him. Nothing would give the Old Trafford crowd more of a thrill than the master and the apprentice, these sons of Sporting embraced by Manchester, combining to score.

If they can flourish together at club level, it would not reflect well on Fernando Santos. But it could define Ole Gunnar Solskjaer's time as Manchester United manager.