Bruno Fernandes' debut for Manchester United offered a glimpse of what he can bring to the club. The Portugal midfielder made more passes than anyone on the pitch in the draw with Wolves at Old Trafford and had the most shots too. But the goal would not come for United. That is the reminder he has joined a team that is in need of fixing. 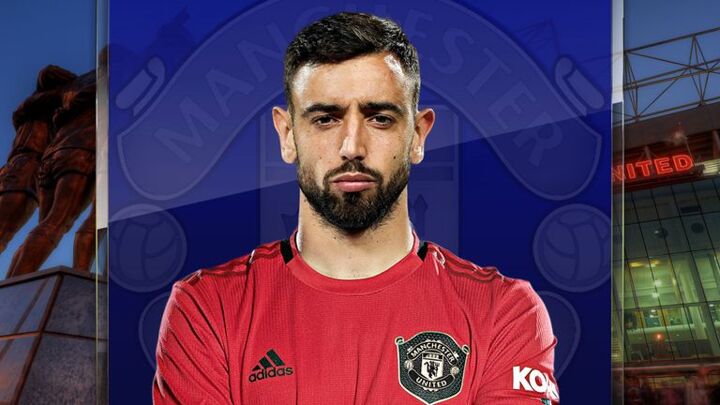 But shooting from better positions is the optimal solution and it is working the ball into the penalty area that has been the biggest problem for Ole Gunnar Solskjaer's team.

"In the first half nobody was moving in front of him, everybody wanted the ball to feet and nobody was getting in-behind, we just played outside their box," said Solskjaer. "His creativity is one of his strengths. He can see passes and play passes. But we need to get movement around him." 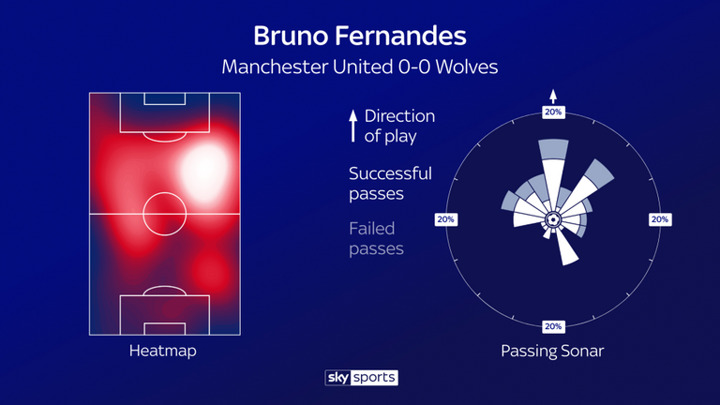 Even in the 1-0 win away to Manchester City in the Carabao Cup semi-final second leg last month, United were lacking in this regard. "We pegged them back at times and played them deep and they stayed outside of their box and defended but we couldn't create those chances, those moments," Solskjaer acknowledged when reflecting on that game afterwards.

This was most obvious in the build-up to Nemanja Matic's red card. Luke Shaw and Fred both had opportunities to put the ball into the box but elected to play it safe. Brandon Williams was happy to retain possession too. Anthony Martial had drifted wide anyway.

City turned over possession, Matic committed the foul and hope was lost. Ultimately, United have lacked the craft to break down a low defensive block and opponents are wise to it now. Solskjaer's side have had fewer shots from inside the penalty box than Brighton and Aston Villa let alone the four teams currently occupying the Champions League places.

Fernandes could make a difference here.

The midfielder has created more chances from short passes than any other player in the Portuguese league in each of the past two seasons. Solskjaer has already made it clear he wants more of the same. "Be yourself, don't change your character, try to get on the ball and make things happen," he said of Fernandes upon his arrival. 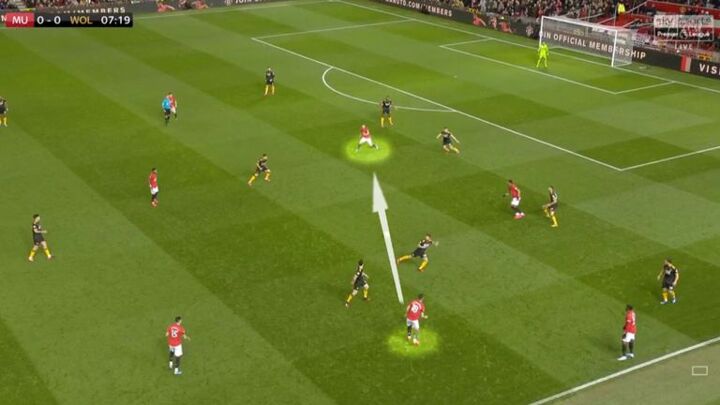 "He was great," said Daniel James of his new team-mate. "With the balls he played in behind and, for me, if we can get that bond, especially playing it in behind, I think that will be great."

Against Wolves, United had seven different pass sequences of 10 or more than finished in a shot or a touch inside the penalty area. If that sounds unremarkable, consider the fact United managed seven such sequences in the first seven matches of the Premier League season combined.

Fernandes could be the man to improve United's build-up play. 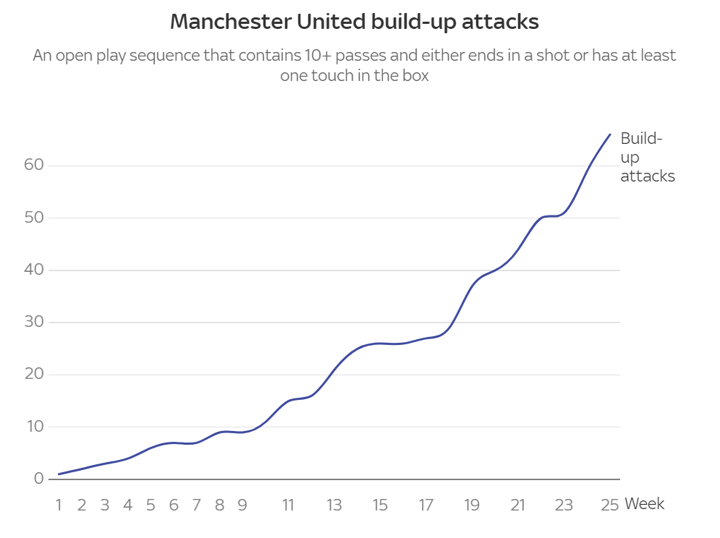 That is the view of Carlos Carvalhal, a coach who knows Fernandes well having faced him twice this season as the manager of Rio Ave in Portugal's top division. Rio Ave actually won both matches against Fernandes' Sporting side - although the midfielder did score on each occasion. Yet, Carvalhal notes there is much more to his game than goals.

"He is not a No 10," he tells Sky Sports. "He is a midfielder but he has developed that ability to break the line of the defence to score goals. He shoots, he assists, the passes and the free-kicks. But he is not a 10, he is an 8. He is a box-to-box player who understands very well the game. He doesn't just play. He understands everything that happens around him.

"He can organise the team, he can talk, he can give feedback. He is kind of like a manager on the pitch. He can organise things in the last part of the pitch. He is a really exciting player. He has been the best player in the Portuguese league for two years minimum. He is in that group of players who are among the best in the world. 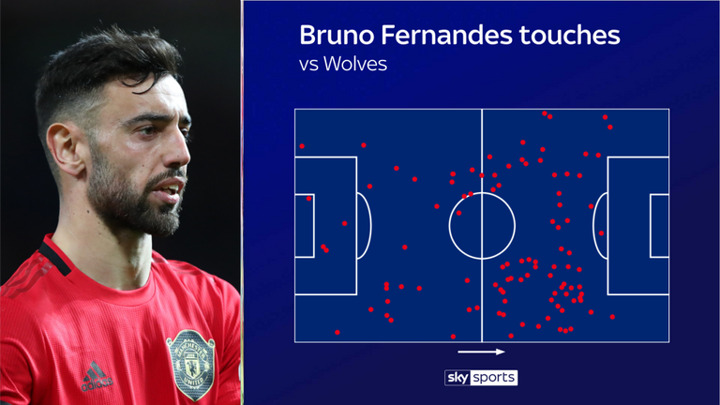 "Sometimes these technical players, it is their quality in the defensive transition that is a problem in the Premier League. When they lose the ball, they don't react quickly enough to win it back, but he has developed a lot in the past two seasons.

"When his team loses the ball, he reacts quickly to win the ball back. That is important in England. He is not lazy, he is the opposite. A fighter. He has everything to be a key player."

This is an important point. Fernandes has been acquired to offer something different but the expectation is that he has the qualities to contribute even if the goals and assists do not flow. He has energy, covering 11.3 kilometres against Wolves, making more clearances than any United player and more tackles than his fellow midfielders. He will fit in too.

"He will adapt very easily, in my opinion," adds Carvalhal. "I know when I say this that there is always a risk that the player does not settle. But when I look at a player like him, I can say it because he went to Italy as a teenager and was playing at a very high level. The characteristics of the player tell me that it will be easy for him."