The last time Chelsea started a season this poorly, Jose Mourinho was sacked in December and they ended up a lowly 10th in the Premier League. 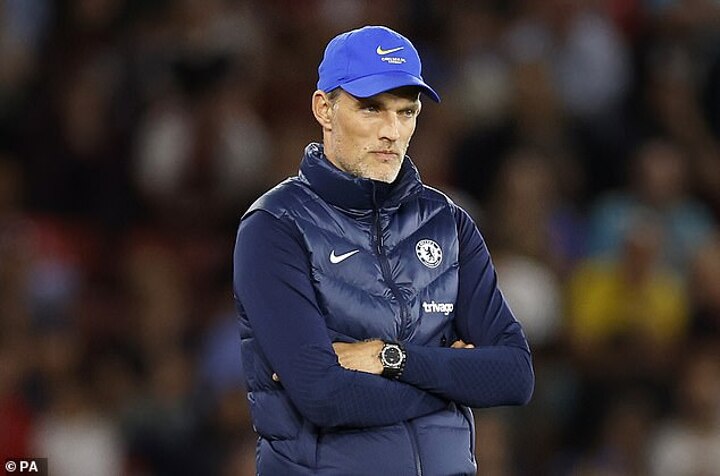 Thomas Tuchel doesn't strike you as someone who pays too much attention to omens but he can't deny the problems are swiftly piling up at Stamford Bridge.

Despite an enormous summer outlay on new players, Chelsea have lost their last two games on the road - collapsing 3-0 at Leeds and then throwing away a lead to go down 2-1 at Southampton on Tuesday night. 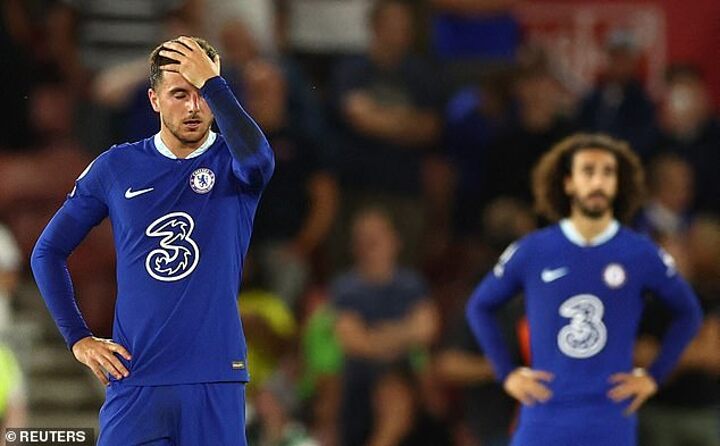 They looked pretty good in the home game with Tottenham, but Harry Kane's 96th-minute equaliser saw them drop two points, while even last Saturday's 2-1 win over Leicester was a struggle with 10 men for over an hour.

Now the transfer window has closed and the Champions League starts next week, with Chelsea looking far from the finished article.

So what is going wrong at Chelsea and how much pressure is Tuchel under?

Todd Boehly's first summer as owner has certainly seen no shortage of squad investment - more than £270million following the completion of the deal to sign Pierre-Emerick Aubameyang from Barcelona.

Chelsea have now exceeded their own record for a single window of £230m, set in summer 2020. They have eclipsed everyone else in the Premier League by some distance.

They have strengthened in attack with Raheem Sterling and Aubameyang, at left-back with Marc Cucurella and centre-half with Kalidou Koulibaly, but arguably not in the areas of greatest need. 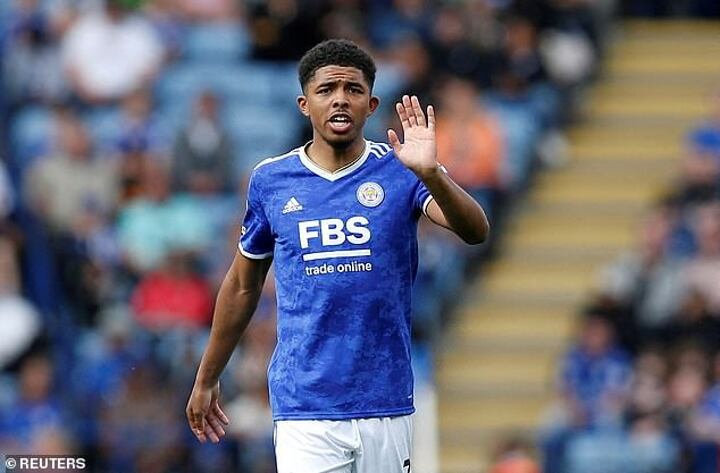 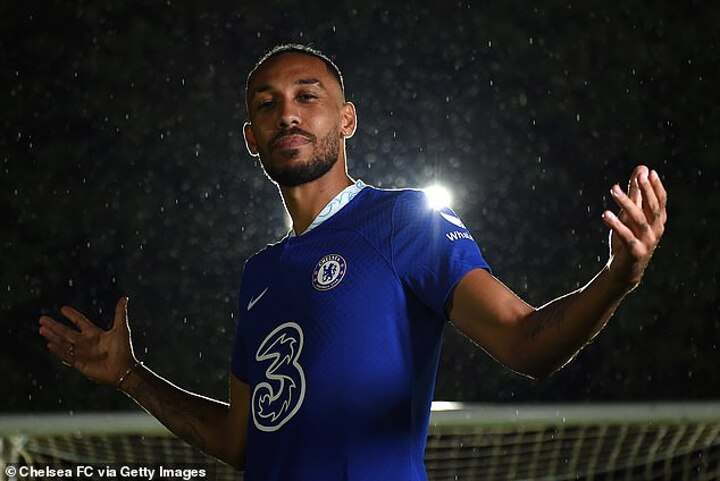 The departures of Romelu Lukaku to Inter Milan and the return of Timo Werner to RB Leipzig left them short up front.

The lack of a quality striker was underlined when wide man Sterling started as a false nine at St Mary's, while Tuchel paired him with Kai Havertz in the front line against Leicester last weekend.

To Sterling's credit, he is finding the net, but others aren't. Indeed the England man is the only forward player to have scored for Chelsea so far this season.

There were presentable chances against Southampton but nobody reliable to put them away. While Manchester City have signed Erling Haaland and Liverpool got Darwin Nunez, Chelsea have been left behind in this area.

Aubameyang does offer Premier League experience but it's believed he suffered a broken jaw during his family's armed robbery ordeal earlier this week and may need surgery, meaning he won't be a quick fix.

The midfield requires an upgrade in both quality and quantity.

Tuchel has insisted all summer he doesn't need a new one, believing Jorginho, Mateo Kovacic, Ruben Loftus-Cheek, N'Golo Kante, Conor Gallagher and new boy Carney Chukwuemeka to be an adequate pool of talent.

But that has quickly unravelled - Tuchel had only two of these available for the Southampton game because of injuries and suspensions - and admitted to having a 'headache' over the midfield position.

Chelsea finally landed a midfielder on deadline day as they brought in Denis Zakaria on loan from Juventus, but only after moves for Ajax's Edson Alvarez and PSV's Ibrahim Sangare. 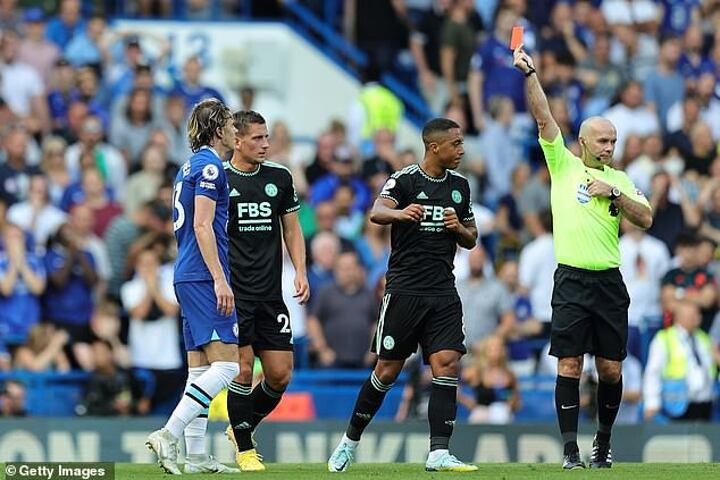 It stems from an unfocused transfer strategy this summer that Gary Neville likened to Boehly 'wandering round like a kid in a sweet shop' on Twitter and compared him to Ed Woodward's scattergun recruitment at Man United.

The new owner has flexed his financial muscle, it's just the cash has not been targeted on the areas of most urgent need - and now time has run out until January.

CREATIVITY HAS DRIED UP

Of the Chelsea goals that have come from open play so far this season, Cucurella has supplied the assist for two of them, Sterling one and Reece James one.

But others relied upon to supply the ammunition haven't really got started and it's leading to a real dearth in creativity going forward.

Mason Mount has started all five games but doesn't have an assist yet, nor do the likes of Havertz, Christian Pulisic or Jorginho. 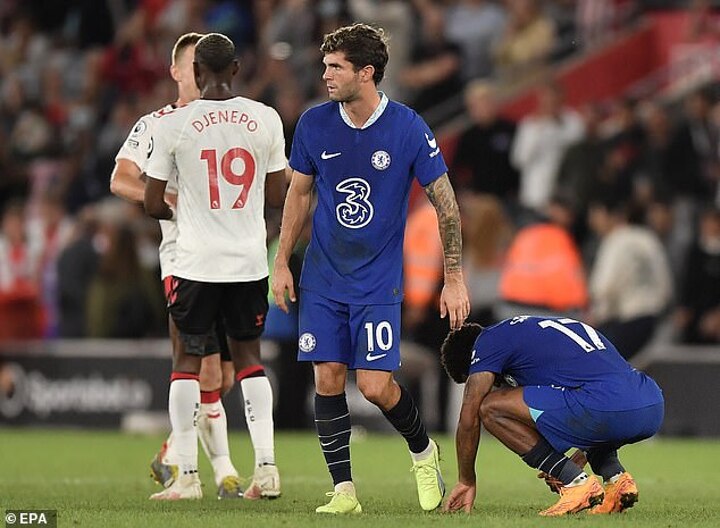 They found it tough to carve out chances against Southampton and lacked a spark in attack. Tuchel said afterwards they only played decent football for 25 minutes of the 90.

He tried to inject some urgency by bringing on Pulisic for Havertz and Armando Broja for Cesar Azpilicueta in an attacking sub with 24 minutes left, but a breakthrough couldn't be found.

Too many of Chelsea's forward players have failed to hit the ground running and are under-performing when they need to step up in games.

The average positions map for Chelsea's players in the Southampton game graphically illustrated that Tuchel isn't sure how best to set his team up.

It showed all 10 outfield players clustered in an area 10 yards either side of the half-way line, with the supposed attackers not far enough forward and an imbalance between the left and right sides.

As club legend John Terry observed on Twitter: 'We look very unbalanced at the minute. I can't wait for the window to close and get our settled squad, team and formation.'

The positioning of the players suggested Tuchel had not adequately explained their roles as he changed the formation to a 4-2-2-2 from the 4-4-2 seen in the Leicester game.

That's unusual for the German coach, who prides himself on being meticulous with his tactics and drilling into his players an adaptability. 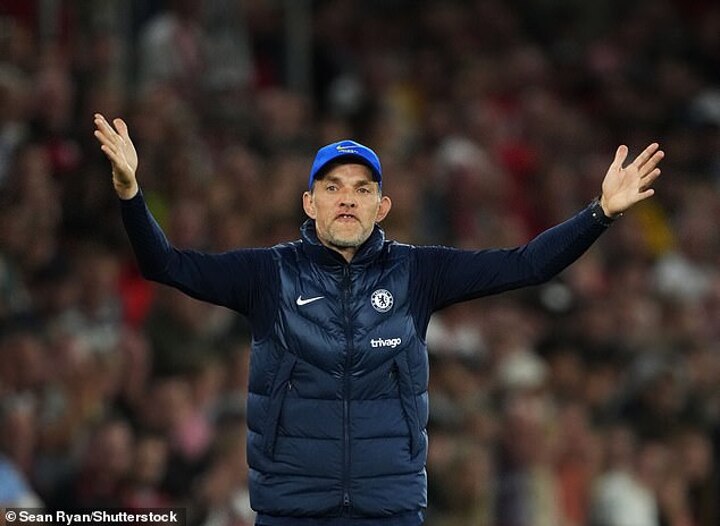 So far this season, Tuchel has played a 3-4-3 against Everton then a 3-5-2 against Tottenham and Leeds, before reverting to four in defence as a reaction to that dismal 3-0 loss at Elland Road.

That worked against Leicester as they held on following Gallagher's first-half red card but Cesar Azpilicueta was exposed on the right side of the back line against the Saints.

Could that defeat lead to further tactical tweaks for the West Ham game on Saturday? At some point, Tuchel will have to settle on the formation he likes best.

At the moment, it's hard to escape the impression that the German doesn't know what his best system is. 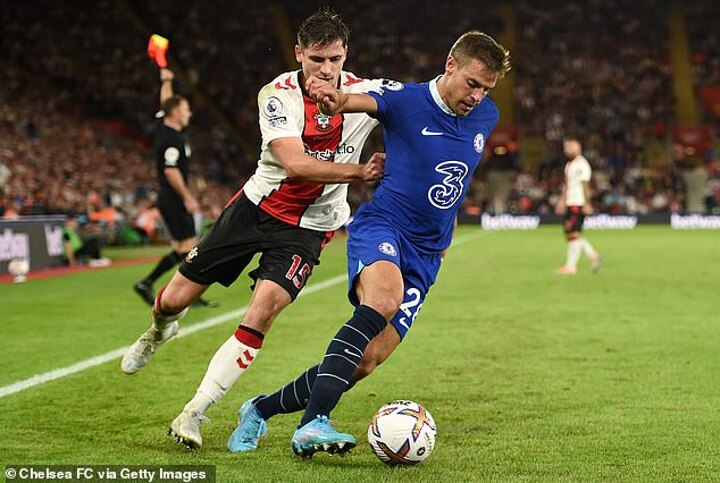 TOO EASY TO BULLY

Tuchel criticised his players for being 'too easy to beat' after the loss on Tuesday and suggested that Chelsea lack resilience in away matches.

'Obviously we are not tough enough to win these matches away. It was the same as Leeds away,' the manager fumed.

'It is too easy to put us off balance, to beat us, to confuse us. It is too easy. We lose concentration, we lose our plan and we lose consistency.'

He went on to say that a 'pure defending mentality' was needed and it's certainly something they seem to have lost overnight.

Chelsea conceded only 33 goals in the Premier League last season - only Man City and Liverpool, the two sides who finished above them, had stingier defences - but now they look leaky. 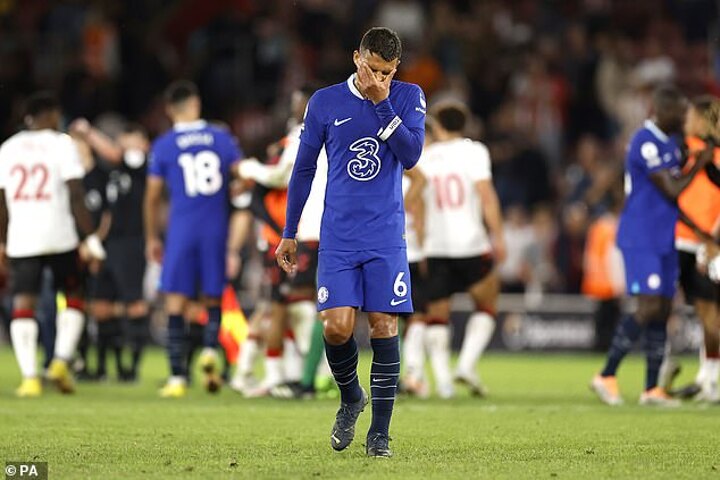 Romeo Lavia was afforded far too much space and time to lash home Southampton's equaliser after nobody rushed out to close him down.

For the winner, Adam Armstrong was simply left in a pocket of space in a prime penalty box position after Romain Perraud stole a march down the left.

The lack of presence was seen in the six aerial duels Che Adams managed to win against Thiago Silva, but he was far from the only culprit.

Tuchel urgently needs to put his finger on where that resilience has gone otherwise plenty more opponents are going to bully them this season now they smell weakness.

WHERE IS THE LEADERSHIP?

It's been a familiar problem and it certainly hasn't been solved by the money Chelsea have spent in the market this summer: Players who should be leaders within the side letting them down.

Azpilicueta captained the team but struggled under the high balls and failed to pick up Armstrong for the goal that proved to be the winner.

The Spaniard probably expected to be at Barcelona but that move was shut down by Tuchel before he agreed to a two-year contract extension.

Jorginho, another player who should be leading, couldn't get into the game at all, sauntering around in midfield and was easily beaten by Lavia in the lead-up to the second goal.

Without the industry of Kante to cover for him, the Italian looked out of his depth.

Such players need to step up for Chelsea in their hour of need. 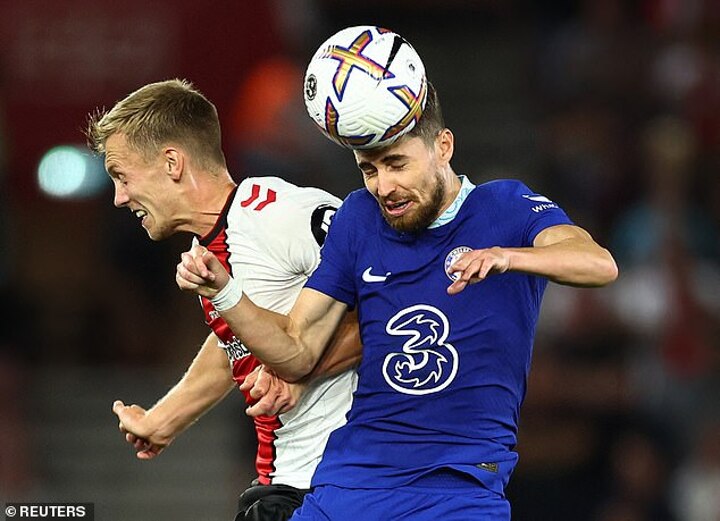 HAS BOEHLY GIVEN TUCHEL TOO MUCH CONTROL?

New to football when he bought Chelsea, Boehly has willingly leaned on Tuchel and carried out his instructions in the transfer market all summer.

Targets have been brought in and troublesome players like Lukaku have been got rid of.

But the problem for the coach is that this is very much a team in his image and if they are underperforming, the blame lies firmly at his door.

Likewise, the trust Boehly has placed in Tuchel only makes it harder to apply pressure when results start going against them.

Some fans have suggested that Roman Abramovich, who ruthlessly dispensed with under-performing managers, would already have been turning up the heat on Tuchel if he was still around.

Boehly is likely to be more patient - but at what cost to the season?