The year started wonderfully. Leicester swept aside Newcastle 3-0 on New Year's Day with a performance of crushing intensity and ruthless finishing. 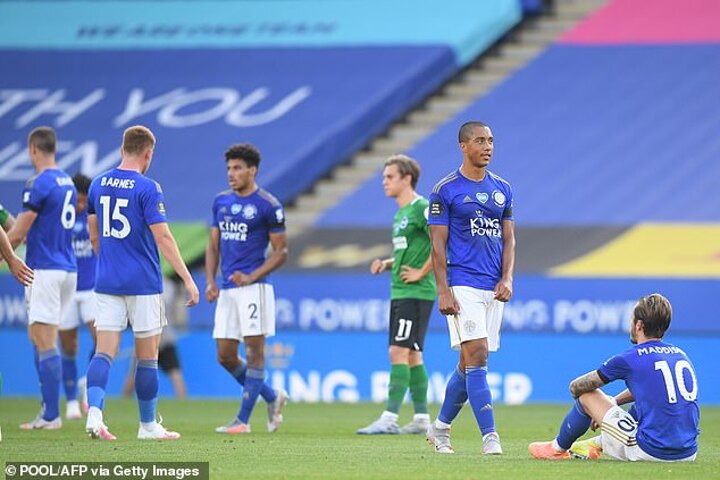 At that point, as they sat handsomely in second position in the Premier League table, a point above Manchester City and, more importantly, 14 ahead of Manchester United in fifth, everything was positive.

The only teams that had beaten Leicester to that point were Liverpool, City and United, with Champions League qualification a certainty as Brendan Rodgers spoke glowingly of his team's potential. 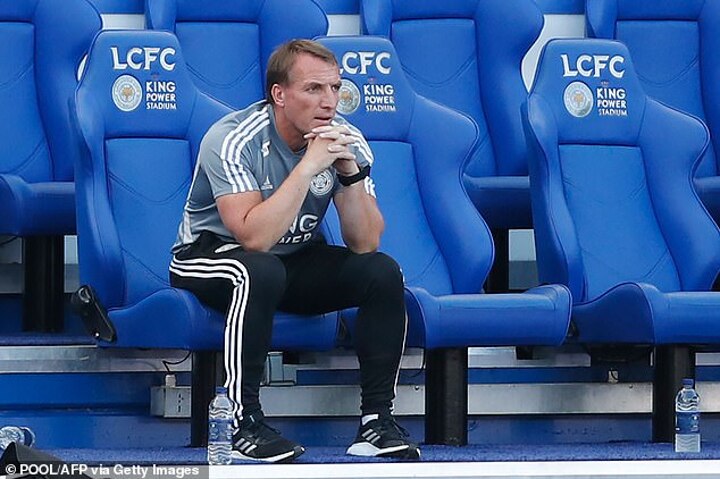 Certainly nobody foresaw the dramatic slump that has seen Leicester win just two of 10 league matches since New Year's Day and exit the Carabao Cup semi-finals in disappointing fashion to Aston Villa.

While earlier in the season it was only the very best teams that could outwit and outwork Rodgers' side, they have lost to Southampton, Burnley and Norwich in 2020.

And even though Tuesday night's home fixture with Brighton would end goalless, a second consecutive draw since the restart, Leicester's performance marked a troubling low point.

It was a display of much perspiration in sweltering temperatures but precious little inspiration as Leicester mustered just two shots on target against relegation-threatened opposition.

In the end, they were indebted to the uniquely impressive penalty-saving skills of their keeper Kasper Schmeichel to even get a point after he repelled Neal Maupay's first-half spot-kick. 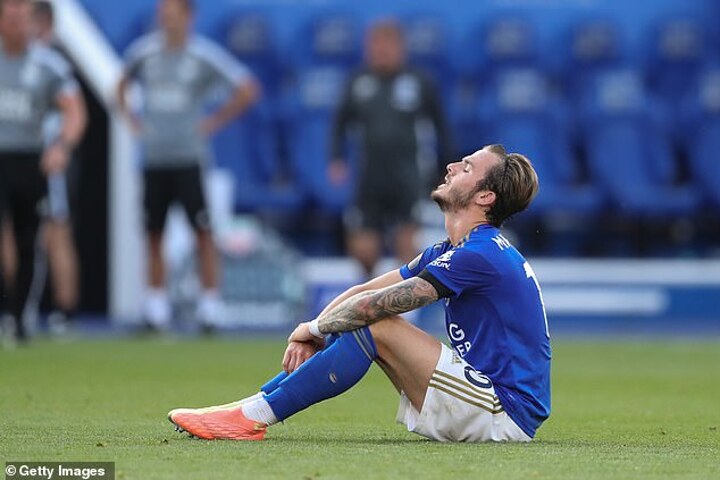 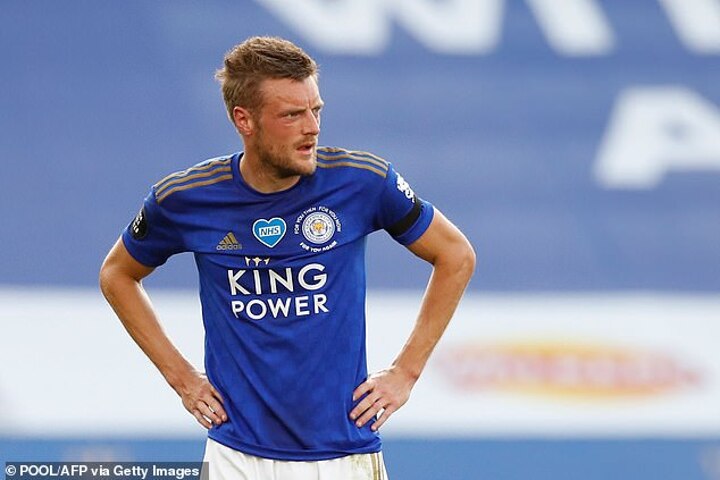 Before Tuesday's game, Rodgers reminded his players that 'we can still write our own history' and they are still well-placed to finish in the top four.

But after another curiously flat performance, there is growing evidence the momentum has gone from Leicester's season and it has nothing to do with having to start all over again post-lockdown.

They've won just twice in the league since that masterclass at Newcastle - against lowly West Ham and Villa - and failed to score in four of their last six either side of the three-month break.

Their under-powered showings throughout February and March were often put down to the absence of influential midfielder Wilfred Ndidi with a knee injury.

But he's back to full fitness now and results haven't picked up, pointing to broader problems that must have Rodgers scratching his head.

All of a sudden, that Champions League place that seemed to certain at the turn of the year isn't looking as secure.

The conversation around Leicester has shifted from potential title challengers alongside Liverpool at the beginning of the season to nailed-on for the top four to glancing anxiously over their shoulder.

They retain a nine-point cushion to United in fifth but this will be cut to six points if Ole Gunnar Solskjaer's team beat Sheffield United on Wednesday. 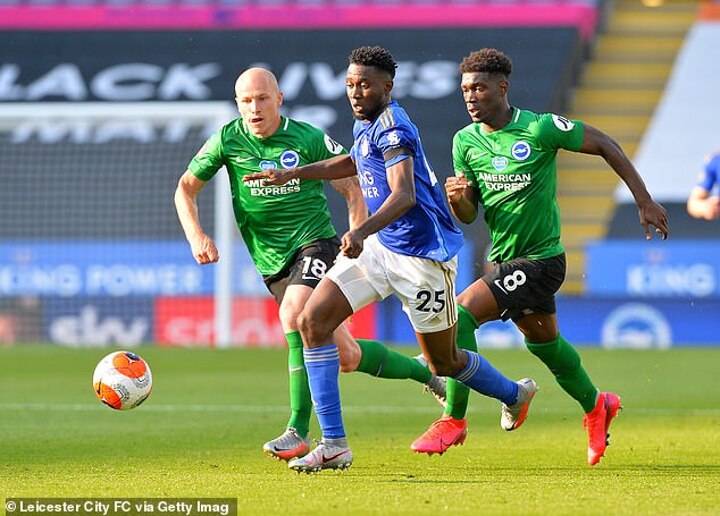 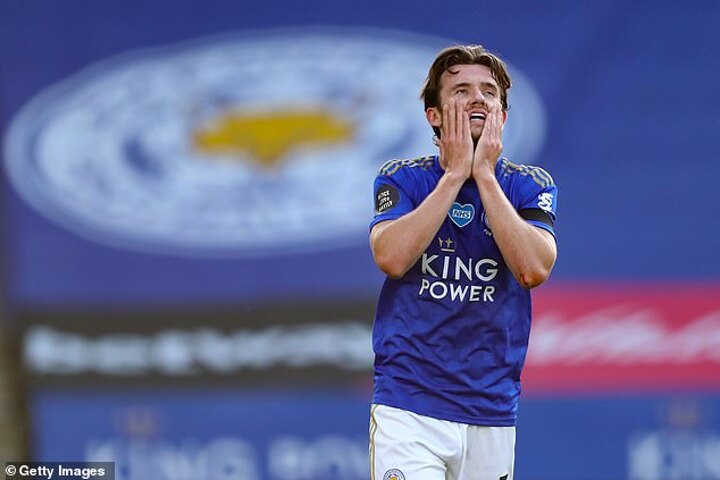 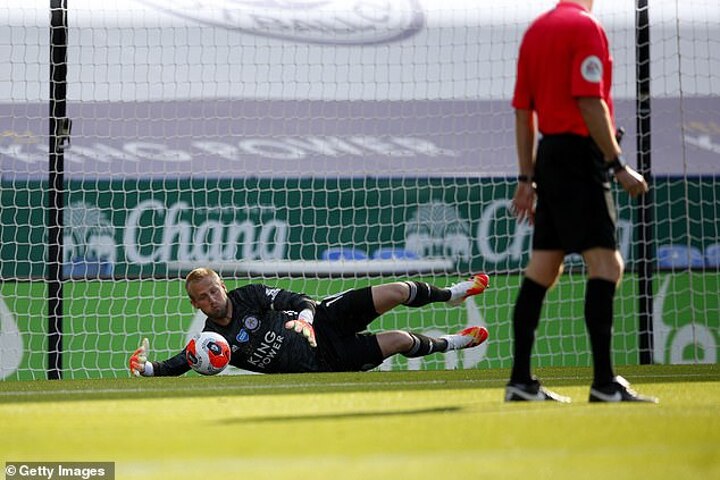 United also have the more favourable run-in and with Leicester still to play Sheffield United and Tottenham before a potentially crucial home fixture against United on the final day, that gap could quickly vanish.

They must also face Everton and Crystal Palace in the more immediate future.

Perhaps Leicester were guilty of a little bit of complacency, though Rodgers would insist otherwise.

Even by the time of that win at Newcastle, it was clear they couldn't keep pace with Liverpool but also clear they'd make the Champions League.

It's possible the comfort of their situation affected performances. How else to explain their 2-1 home defeat to Southampton in January, having obliterated the same opposition 9-0 in October?

And could it be that key performers Ben Chilwell and James Maddison have been affected by constant transfer speculation in the past few months? 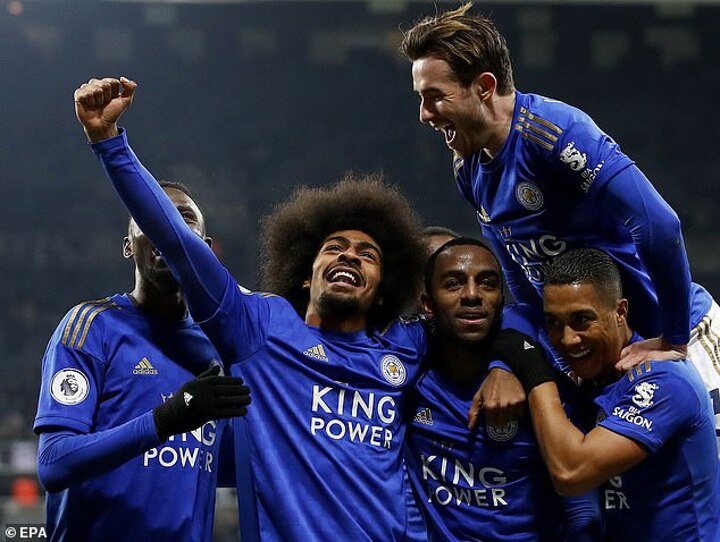 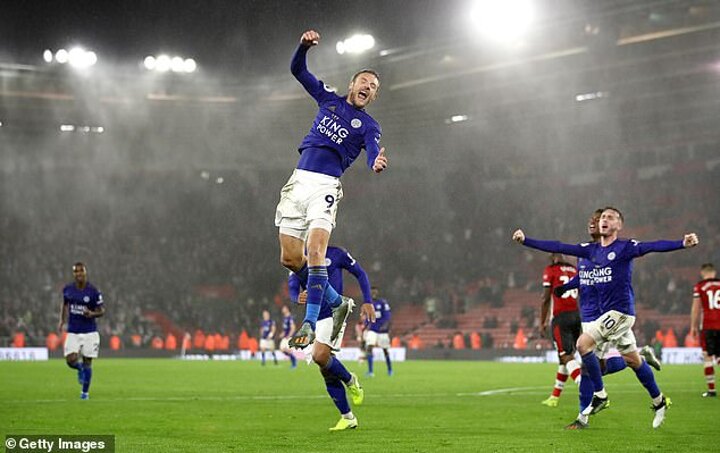 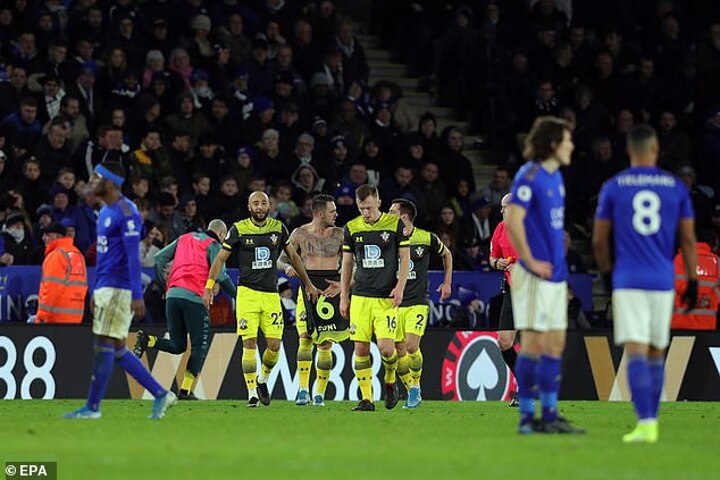 In fairness to England left-back Chilwell, his goal at Watford on Saturday, which should have been enough to seal three points, was absolutely glorious.

But he has been playing with a £75million price tag hanging round his neck all season with Chelsea the apparent front-runners.

Maddison has been linked with Man United for some time though things seem to have cooled as the financial impact of the Covid-19 pandemic has sharpened focus on transfer targets.

Unfortunately this is the reality when provincial clubs, even ones who have won the Premier League before, enjoy very good seasons.

Better resourced and more prestigious rivals will come knocking for Leicester's best players, even if they're currently below them in the table.

Regardless, it's difficult to explain the flat and laboured performance against Brighton, a team that Leicester surely would have rolled over a few months ago.

There wasn't a single shot on target after half-time as entertainment levels suffered and had it not been for Schmeichel's penalty save, things would look a lot more troubling. 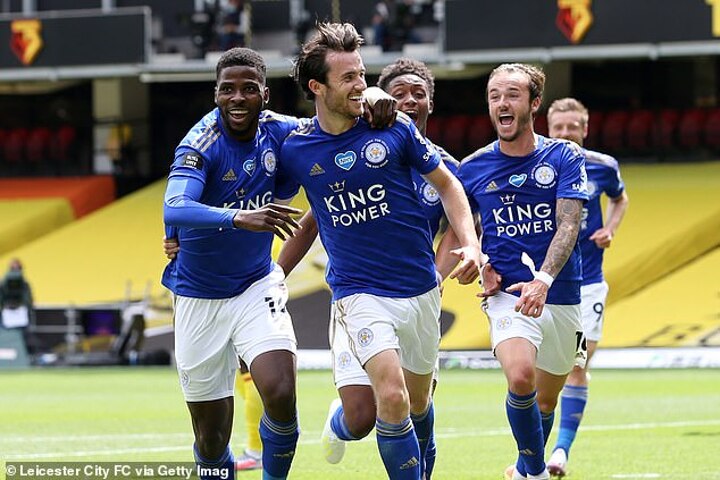 What is for certain is that Leicester need to hit their stride again and it's also true this season could yet be a historic one for them.

They have a good chance in the FA Cup, with a home quarter-final tie against Chelsea this Sunday, and a win or two from their next few league games should secure that top four finish.

But a repeat of Tuesday night's dismal showing could see all their brilliant work of earlier in the season come to count for nothing.