Thibaut Courtois struggled desperately at Real Madrid, falling far from his best level, but this season the Belgian goalkeeper has clambered back to the game’s summit. 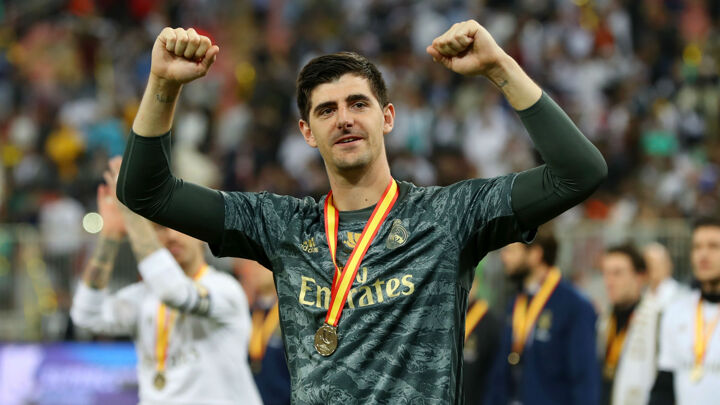 La Liga boasts excellent goalkeepers, like Barcelona’s Marc-Andre ter Stegen and Atletico Madrid’s Jan Oblak, but at this moment Courtois is arguably the best of the lot. He is the boulder in the goalmouth behind Madrid’s defensive barricade, which has conceded fewer league goals than any other side in Europe’s top five divisions - 14 in 23 matches.

The stopper was crowned La Liga’s player of the month for January, the first goalkeeper to win the award since his Real Madrid predecessor Keylor Navas did back in the 2013-14 season, while at Levante. With 11 clean sheets and 11 goals conceded in 20 games, he is on course to win the Zamora trophy for best goalkeeper.

It has been a long road back to this point for Courtois. Signed from Chelsea as Madrid’s main summer recruit in August 2018, he was expected to immediately succeed Navas. He had just impressed at the World Cup in Russia, helping Belgium finish third, keeping three clean sheets.

The eighth was a 5-1 Clasico humiliation by Barcelona at Camp Nou and it spelled the end for Lopetegui. Santiago Solari had more faith in Courtois but still flittered. The Belgian let in three at Eibar and CSKA Moscow, two against Villarreal, Real Sociedad, Girona and Espanyol, while Ajax beat Courtois four times, humiliatingly dumping Real Madrid out of the Champions League in the last 16. He had shipped 10 goals in six games.

He even had trouble off the field, when he called Gareth Bale ‘the golfer’ in an interview and fuelled media criticism of the Welsh forward. Zinedine Zidane came in to replace Solari and drew a line in the sand at the end of the season, saying he knew who his No.1 was for the following campaign. It was Courtois, and Navas finally found a new home at Paris-Saint Germain, with Alphonse Areola moving the other way as back-up.

Courtois let in nine goals in his first five matches as Madrid wavered at the start of the season, suffering a 3-0 thrashing by PSG in Paris - with a clean sheet for Navas. All the trouble Courtois had at the start of this season was exacerbated by the spectre of the Costa Rican. Navas helped the club win the Champions League three years in a row, pulling off some spectacular saves thanks to his penchant for the acrobatic. 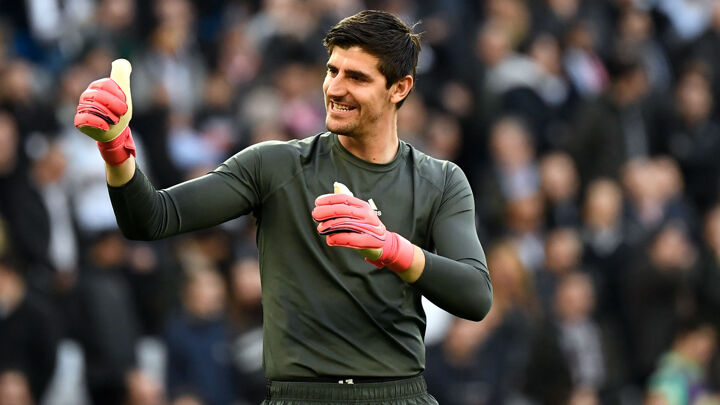 Zidane then toyed with the idea of playing Areola, benching Courtois for a 2-0 win over Osasuna. Back then dropping Courtois was a reasonable choice; now it seems laughable.

Courtois was rested against Real Sociedad in the Copa del Rey last week and Madrid were punished, Areola conceding four in a 4-3 defeat, making a glaring error that allowed Martin Odegaard to score. Although it took time, Zidane’s confidence in Courtois is now paying dividends.

His journey back to the top took root at the Wanda Metropolitano on September 28. Courtois was grilled by Atletico fans, angry at him joining Real, who threw toy rats at him and defiled his plaque outside the stadium, but he held firm and kept a clean sheet in a 0-0 draw. After the clubs 1-0 defeat at Mallorca in mid-October, something changed. The defence tightened up and that gave Courtois more protection. Five straight clean sheets followed. His confidence began to return.

Another key point in his rise was at Mestalla, when Real Madrid snatched a late 1-1 draw against Valencia on December 15. The goalkeeper caused havoc in the opposition’s area and his header from a corner was turned in by Karim Benzema. It helped to keep Madrid unbeaten in the league since the Mallorca debacle.

“I looked at the goalkeeping coach and he told me yeah, go up,” Courtois told Real Madrid television. “Goalkeepers, we have a great timing when it comes to reading the plays, I almost scored and in the end it was Benzema. It was a boost for the whole team.” Jeered throughout by Valencia supporters behind his goal, Courtois turned to them and blew a taunting kiss when he made it back to his own box. It shows his renewed confidence - and why many consider him an abrasive character.

Courtois is close with Eden Hazard, helping the winger settle in, and when his former Chelsea team-mate is fit, the Belgian duo could prove decisive at both ends of the pitch. “I’ve grown a lot as a person,” Courtois explained. “Last year was not easy and if you can’t cope with this pressure, this year you can’t be at this level. I am proud. I’ve been strong mentally and kept growing as a person. The key is not to lose confidence in yourself. If you can’t be confident in yourself, forget about it. You have to be confident.”

Clean sheets against Barcelona, Athletic Bilbao and Getafe followed, ensuring Madrid moved through a rough gauntlet of fixtures undefeated ahead of the Spanish Super Cup, shutting out Atletico in the final and saving from Thomas Partey in the penalty shoot-out. It is only the second piece of silverware he has lifted with Real Madrid, after the Club World Cup, but if he can continue his fantastic form, the club has a great chance at winning more, bigger, titles.